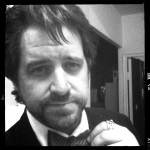 People seem to love lists. We love to see how our favorites stack up against someone else’s, or maybe learn about a title or character or book in a genre we like that we had never heard of before.

Today, it popped into my head that I wondered what my favorite all-time detectives were. To make it a little tougher I added the following caveats… They had to perform their investigations without supernatural skills or aid, and it also has to be their actual job… not a writer pretending to be one, not an investigative journalist, but an actual detective….

1) Sherlock Holmes – Sir Arthur Conan Doyle’s immortal creation. The great consulting detective. He’s cold, observant, and brilliantly clever. The original creation and his latest incarnation on the BBC are my favorites. I have the original stories in a two-volume hardcover edition next to my bedside.

I love the adventures, the observations, and the friendship that exists between the characters of Holmes and Watson. There’s a reason this character is still around.

2) Thomas Sullivan Magnum, so close to being number one. He really was. Thomas is just the epitome of the tv detective. He’s funny, self-aware, has a past, hangs out with a great bunch of guys who belittle his job. He also has those wonderful internal monologues, and every now and again, breaks that fourth wall.

“One of the best things about living in paradise is…”

Sure I like the Ferrari, but personally, I just like the idea of bumming around in shorts, a loud shirt, a beer, and a case to solve with my friends. And one of the best themes ever!

3) Jim Rockford not only has a cool theme song, but he’s another detective with a past, in fact he’s a ex-con. He lives in a trailer on the beach, which also serves as his office. His father Rocky thinks his choice of career is a poor one, and Rockford himself is a bit like Garner’s previous character of Maverick, sly, but a bit of a coward too.

He’s a guy who struggles to make ends meet, but at the end of the day likes to wander down to the pier for a beer and a bite to eat.

4) Kate Beckett. What’s not to like? Smart, sexy, can kick your ass? Kate personifies not only a strong female character, but a helluva detective. She’s dedicated to her job, and her co-workers, laying her life on the line for them everyday, even when they aren’t official NYPD police detectives… I’m looking at you Richard.

She’s determined and unstoppable in the pursuit of justice. Kate gives everything to her job, and is a first-rate detective, with some great co-workers you’d just want to hang out with. 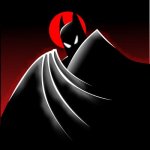 5) Batman. The World’s Greatest Detective. And yes, I put him at number 5. People tend to forget that Batman is first and foremost a detective. He uses his smarts, and his plethora of gadgets to catch his prey. Yes, he’s gone up against some supernatural villains, and super-villains, but Bats has always had to rely on his own smarts to solve problems.

Ok, maybe a batarang or two as well. He’s got a dark past, but doesn’t let that get in the way of pursuing justice. And he has all those wonderful toys.

6) Remington Steele and by that I mean the brains behind the operation, Laura Holt. Remington was the male front for Laura in a male-dominated profession, She was always right, but no one believed her. So she found someone to pose as her partner/boss, someone who knew his classic movies better than I did. Awesome. She solved the mysteries by using her brains, Remington for the most part, tried to figure it out based on movie plots…

7) Gay Perry from Kiss Kiss Bang Bang. Written by Shane Black, Gay Perry is a funny as hell detective, who can deliver a wicked insults and bon mots, while constantly pointing out that things that happen in detective movies and books, like two cases actually being one big case, never happen in real life.

He gets partnered up with a criminal posing as an actor, who’s follows him on a ride-along and they get embroiled in a circuitous murder mystery, that is a lot of fun. They really need a sequel.

8) Rick & A.J. Simon, two brothers who live together, well, one lives in the house, and the other tends to sleep on the boat. They also work together running a detective agency called aptly enough, Simon & Simon. A.J. is a little classier, while Rick is more of a cowboy type. They get on one another’s nerves, and the sibling jibing and rivalry tends to add a lot of humor to their cases. It was fun watching them get into trouble, their disguises, and their dogged pursuit of their prey. They also had a fun crossover episode with Magnum!

9) David Addison. Just a wacky guy who runs the City Angels Detective Agency, who’s joined by former model Maddie Hayes (who promptly renames it The Blue Moon Detective Agency). Dave was Bruce Willis with hair and a witty sense of humor, who also in his own roundabout way, solved mysteries.

The character never took himself too seriously, but there was always something under that exterior that was puzzling away at the case. Don’t be fooled by the superficial demeanor.

10) Sam Spade. Raymond Chandler’s hard-boiled detective. The one that seemed to set the mold for almost all the other detectives of the 40s, the trench coat, the dangling cigarette, the fedora, the femme fatale in the shadows, they could almost be clichés, but for Spade they still work.

He doesn’t care, he’s seen too much, he likes his drinks, and he likes dames. You just really don’t want to cross him.

So that’s my 10, were there ones that should’ve been on my list, JJ Gittes? Inspector Closeau (CHIEF INSPECTOR!)? Nick and Nora Charles? Fletch? Edmund Exley? McCloud? Columbo? Who are your 10?