Back in 1978, we had just one movie, and a handful of toys available from Kenner, not taking into account a ton of tees, trading cards, and almost anything else they could plaster the name Star Wars on.

People were clamouring for more adventures from Luke Skywalker and the rest of the rebel alliance, but The Empire Strikes Back, which no one my age knew about until it was less than a year out was still another two years off (though the dreaded Holiday Special was on the horizon).

Alan Dean Foster who had ghostwritten the novel adaptation of the original 1977 film under George Lucas’ name, turned out the first novel of what would be come the Expanded Universe in 1978. Rumour has it that if the film had done well, but not as well as it had, and a sequel was warranted, then this story would have been it. A somewhat smaller tale that is blatantly missing Han Solo (Harrison Ford had only signed a contract for one film) and Chewbacca, the story follow Luke, Leia, C-3PO and R2-D2 as they race across a star system in an attempt to persuade more planets to join the rebellion.

A faulty engine in her y-wing causes Leia to have to bring it down on another plant, with Luke following in his x-wing. They find themselves on a mist enshrouded jungle planet that has an illegal Imperial mining facility on it, and is known as Mimban (a planet that wouldn’t appear on screen until Solo).

Hoping to find a way off the planet, as their ships are too damaged upon landing, Luke, Leia, Threepio and Artoo masquerade as miners, well Luke and Leia do. And it is in a small outpost that they encounter Halla, an old woman, slightly Force sensitive, and slightly mad, who sends them off on a quest for the Kaiburr crystal which can amplify Force powers. It seems its hidden somewhere on the planet in one of countless temples to various local deities (and honestly the one they find it, its description, kinda sounds like Cthulu). 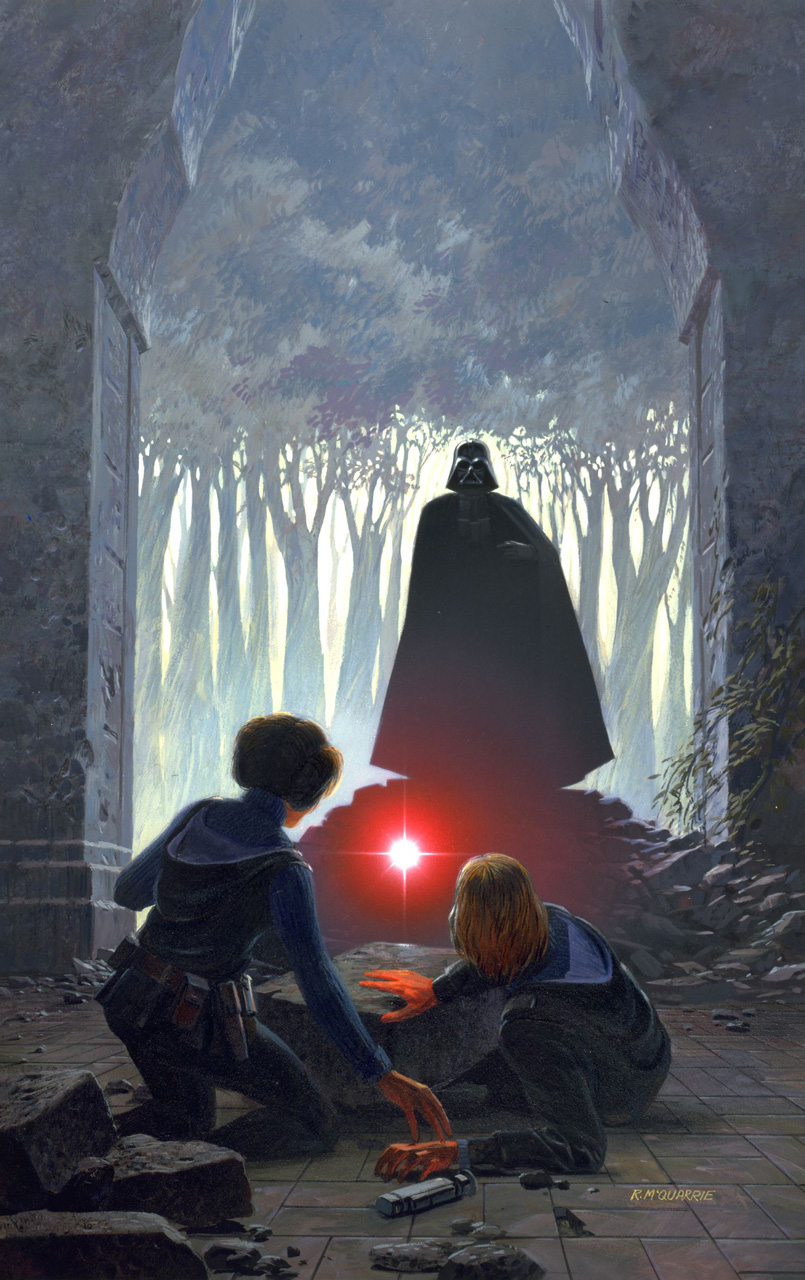 If our heroes help Halla recover the crystal, she’ll help them get off planet. But Luke realises that if the crystal amplifies the Force as much as he believes it will, it could be a dangerous weapon, leading the Imperials, and specifically Darth Vader to be on the hunt for it as well.

Vader doesn’t show up until the last two chapters of the book, despite his appearance on the cover, which is a painting I love. There is so much menace, and mystery going on in it, as well as sense of adventure with the trapped Luke and Leia in the foreground.

There are a couple of inconsistencies to the story that really remind us how early this tale was written; Vader’s lightsaber is blue, like Luke’s, apparently, they need to be charged on occasion, and there is still a romantic tingle between Luke and Leia, which is heightened a little given the adventure they find themselves on this time around.

It’s a semi-interesting tale, following the standard quest format, which ends up being a little disappointing by story’s end. But that may just be my reaction to Foster’s writing, I’m not the biggest fan of his forays into this universe, but back in the day, except for the equally odd (and occasionally silly) Marvel comics, this was all we had.

And we wanted more. I remember ordering this through the Scholastic book club when I was a kid, and waiting impatiently every day at school for it to arrive. When it did I devoured it, but I hadn’t read it since, though I did read the Dark Horse Comics adaptation.

It’s interesting, it’s still not my favourite tale, but it reminded me of how new and fresh everything was back then, and that we were insatiable when it came to Star Wars. 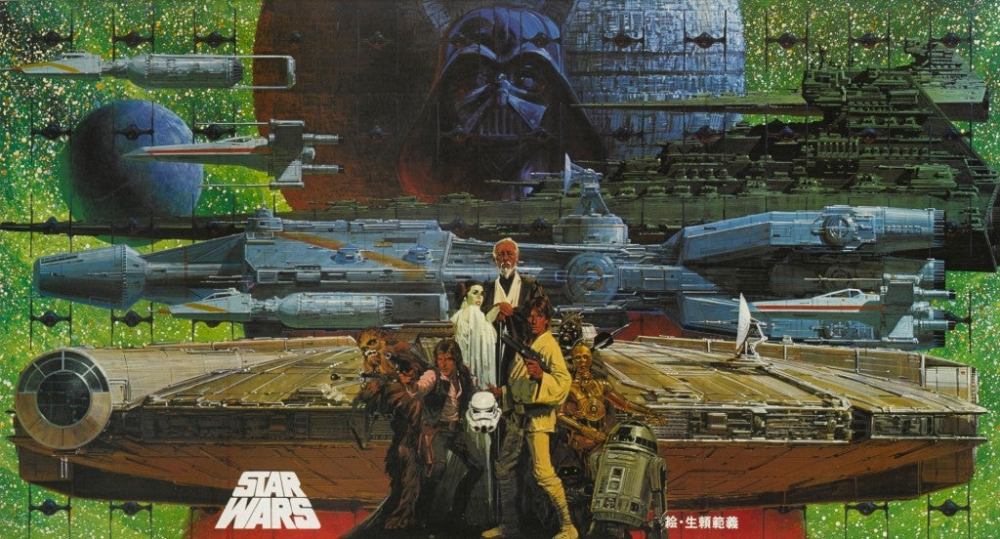