Scott Rosenbaum pens Chuck Versus the First Kill which debuted on 13 April, 2009.

While the staff at BuyMore try to deal with Emmett’s (Tony Hale) evaluation and whether or not they move against him, Chuck (Zachary Levi) is hoping for leads and information about his father’s (Scott Bakula) location, since he’s being held by Fulcrum.

When the government isn’t much help, he has to trust someone. Someone who has betrayed him in the past. Jill (Jordana Brewster). His ex-girlfriend, Fulcrum agent, and prisoner.

Against Sarah (Yvonne Strahovski) and Casey’s (Adam Baldwin) recommendations, Chuck agrees to a deal, and to draw out her contact Jill and Chuck have to pretend to be engaged. All to reel in her ‘uncle,’ Bernie (Ken Davitian) who may have the information Chuck needs.

But what happens if Bernie dies before he can reveal what he knows?

Can Chuck trust Jill to help him? Can Morgan (Joshua Gomez) trust Emmett in his plans for the BuyMore and his career? Will any of it lead to Chuck’s father?

It does lead to a Fulcrum base that Chuck and Casey attempt to infiltrate, but may find themselves in over their head. And Emmett may have had a plan to seize control of the BuyMore from Big Mike (Mark Christopher Lawrence) betraying the trust Morgan put him.

It seems both parties are heading towards dire straits, will it resolve itself, will our heroes get what they need, or will they be trapped? And what about Jill?

The season continues to develop characters and stories, and the season arc is paying off brilliantly. 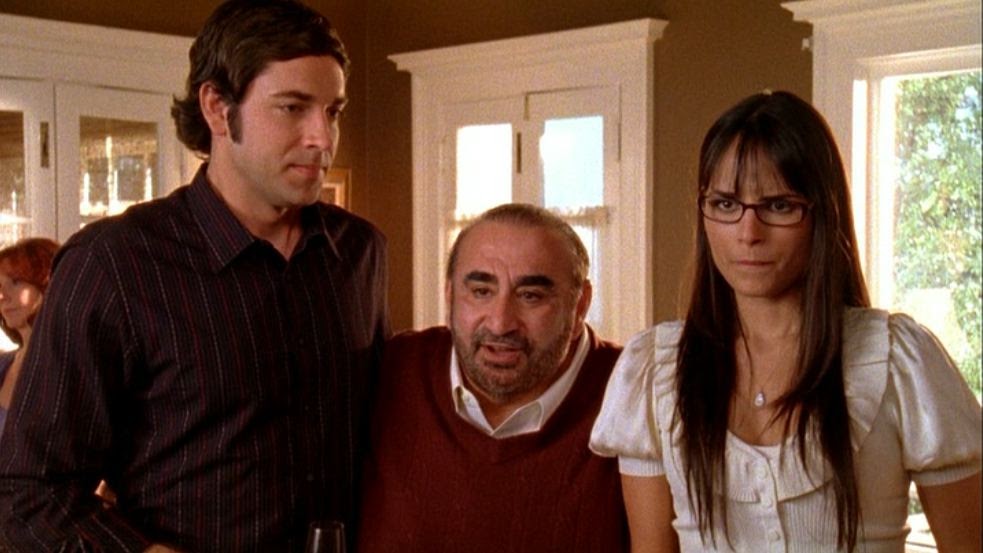 Chuck Versus the Colonel was written by Matthew Miller and debuted on 20 April, 2009. Picking up the story thread from the previous episode, Casey finds himself going after Sarah and Chuck who go rogue in an attempt to rescue his dad from somewhere known as Black Rock.

At the BuyMore Morgan finds himself on the outs with the staff because of Emmett’s ploy.

Chuck is close to saving his father, but now Casey and Roark (Chevy Chase) with Fulcrum (and Vincent (Arnold Vosloo)) are all arrayed against him. The colonel referred to in the title is Casey, who gets a promotion for his work, and Sarah and Chuck’s relationship goes up a notch.

A fantastic penultimate episode for the season, how is it all going to pay off with the season finale and Awesome (Ryan McPartlin) and Ellie’s (Sarah Lancaster) wedding? Will Chuck make it in time? Will their father be there? Will Sarah, Chuck and Casey be able to work together again?

And what happens when the BuyMore crew and Awesome go through Casey’s locker and suspect that he’s a Chuck-stalker?

Tight storytelling, an engaging narrative, and character arcs are paying off brilliantly as Chuck entertains, makes pop culture references, and continues to put the spy genre on its ear.

Next week we come to the end of season two, and how that will play out for Team Chuck.