I hate snakes. I’ve never been a fan of snakes.I hate how they move, how they look, all of it. So you’d figure the next title in DK Canada’s Monsters in the Movies, Anaconda, would freak me out right?

That’s what I thought back in the day when the movie was originally released as well, so I figured lets watch! It didn’t then, and it doesn’t now, but even to this day, you have to give credit to the casting in this film, new and old Hollywood with a couple of stars just on the cusp, Jennifer Lopez, Owen Wilson, Eric Stoltz, Ice Cube, a scene-chewing Jon Voight and a very brief appearance of Danny Trejo.

The story follows a documentary crew as they prepare to document a hidden tribe of the Amazon, but fate, or at least the screenwriters, who conspire for the crew to pick up Voight’s Serone, a more than slightly askew snake hunter, who has his sights set on capturing an anaconda, a dangerous snake that can apparently grow up to forty feet in length, and can crush the bones of a human body in its coils before swallowing you, and then regurgitating you to eat you again.

Or so the movie says.

And since they can’t even get the snake’s eyes right (you know to make them look more evil), how much of that are we to believe?

It’s obvious where most of the film’s budget went, because it didn’t go to script or character development for the actors, who all do the best with what they are given… It went to the special effects. And even in ’97 they looked hokey – while the snake may move a little more believably in a computer-generated format, it’s blatantly obvious that it’s CGI, like ‘you’re not fooling anyone’ blatant, and the animatronic stuff, while the snake is great, cause it’s on the set, and can be interacted with, moves like, well, an animtronic creation and not something that is living and breathing.

What is exceptional from a horror movie angle, is that the film’s heroes, the ones who make it all through, aren’t caucasian, which is a big thing, though it shouldn’t be.

The film is silly, the effects are hokey (and so expensive!), and continuity doesn’t count for much a lot of the time. Still it inspired a sequel and two (!) direct-to-cable movies, so that says somebody, somewhere, must enjoy watching badly created computer snakes chase people.

Still, this is one to see just for the fact that it was the beginning of a couple of careers, and a weird stop along the way for others.

What’s next in DK Books’ Monsters in the Movies? Pick up a copy for yourself and watch with me! 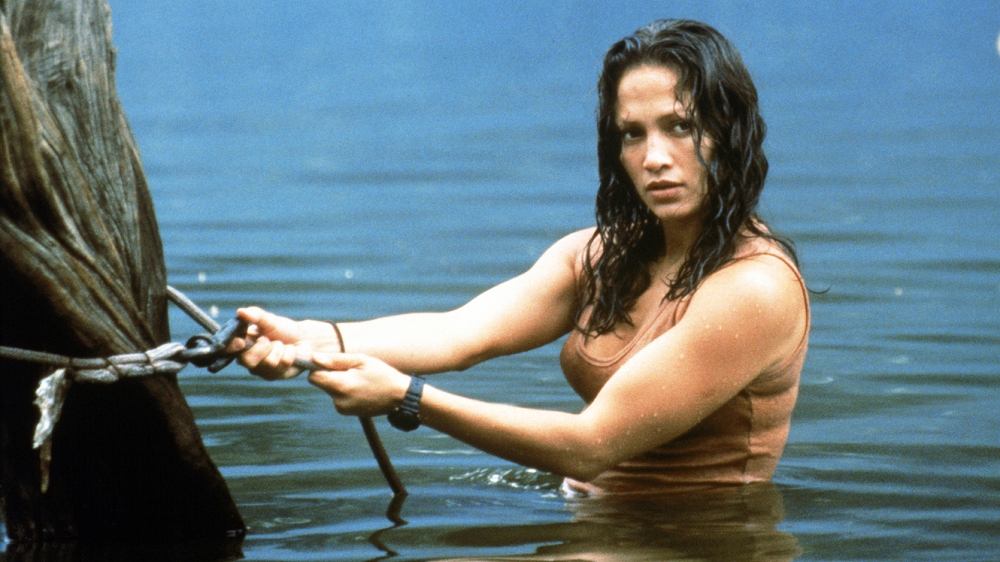