Phyllis Strong and Mike Sussman pen this episode that first aired on 14 November, 2001.

When the Enterprise arrives at an Earth-like planet, Captain Archer (Scott Bakula) leads an away mission that allows him to masquerade as one of the planet’s denizens. It seems T’Pol (Jolene Blalock) has discovered that there are unusual neutrino emissions coming from this pre-industrial civilisation.

An impossibility, and perhaps the key to the mysterious illness that seems to be affecting some of the inhabitants.

The episode also places Bakula’s Archer as a romantic lead when he becomes entangled with Riaan (Diane DiLascio).

As Archer and T’Pol learn what is going on, the Vulcan science officer cites a policy of non-interference that the blossoming Starfleet may be wise to follow- laying the groundwork for what would become the Prime Directive.

I love the fact that the away team lets Trip (Connor Trinneer) and Hoshi (Linda Park) tag along, and given where Hoshi was a few episodes ago, it’s good to see her settling in so well.

There are some fun action beats, both planet-side and in orbit, and the series really seems to be growing into itself as we get to know the characters, and revel in the universe they are introducing us to. The nods to what is to come are always cool, and it’s interesting to see how the series works to tie all of the canon together. 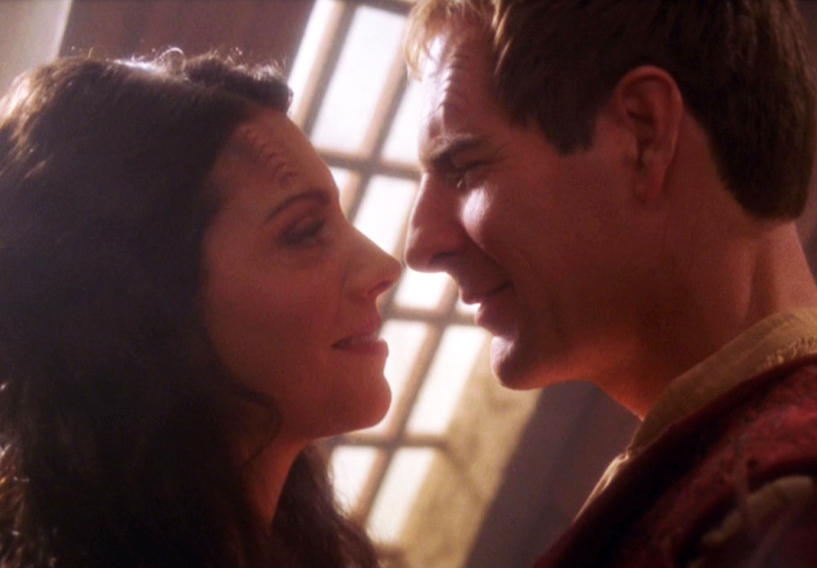 LeVar Burton directs this episode from a script by James Duff. It first aired on 21 November, 2001, and gives us a bit of backstory for Mayweather (Anthony Montgomery) when the Enterprise is sent to help the Fortunate, a freighter that has been attacked by Nausicaans.

But there may be more going on here than the Enterprise crew suspect with the Fortunate’s first officer, Ryan (Lawrence Monoson) keeping a dangerous secret.

The episode gives Mayweather some great character moments, and the story itself works in shades of grey, as everybody is doing the wrong thing for the right reasons, and we learn that the Boomer culture of the freighters may in fact be a dying lifestyle if they don’t evolve.

I like that Mayweather had more to do in this episode, and also the fact that character-wise, Archer trusts his helmsman, who grew up a Boomer, to deal with Ryan aboard the Fortunate while the Enterprise finds itself on the verge of a battle with the Nausicaans.

The series is well on the way to proving itself. I like the way the characters and the continuity is being developed, and it definitely feels like Trek to me.

The Human Adventure continues next week with more episodes of Star Trek: Enterprise as I explore The Complete Series on blu-ray from Paramount Canada.