First airing on 20 December, 1988, The Color of Maddie was written by Barbara Hall.

Maddie (Cybill Shepherd) and David (Bruce Willis) get down to some actual casework in this episode when Nora Cooper (Karen Landry) comes through the door of the Blue Moon Detective Agency.

Nora wants the detectives to investigate her husband (Graham Beckel) to prove or disprove he is who he says he is. They’ve been married for ten years, but a disappearance and a sudden reappearance a few days ago has given Nora some doubts.

Let’s get this out of the way, there’s a wonderful sense of banter between Maddie and David, and it’s nice to have that feeling back. There’s a sense of play that has been missing for a while and it’s nice to see it back on the screen.

The mystery is also a lot of fun, especially when things take a left turn when the husband’s car blows up, and reveals a laundry list of crime across the country, and when Nora turns up dead, the case gets really confusing. All of this is contrasted with the banter and self-examination that Maddie has with David as she wonders about her past and her choices, something that is played wonderfully in a conversation with Agnes (Allyce Beasley).

This one feels like the series is back on track, there’s casework and a discussion, fairly on point of what their relationship is about…

But it’s all going to come to a head when the truth comes out, and gives us a fun little conclusion, and a great date at the end. 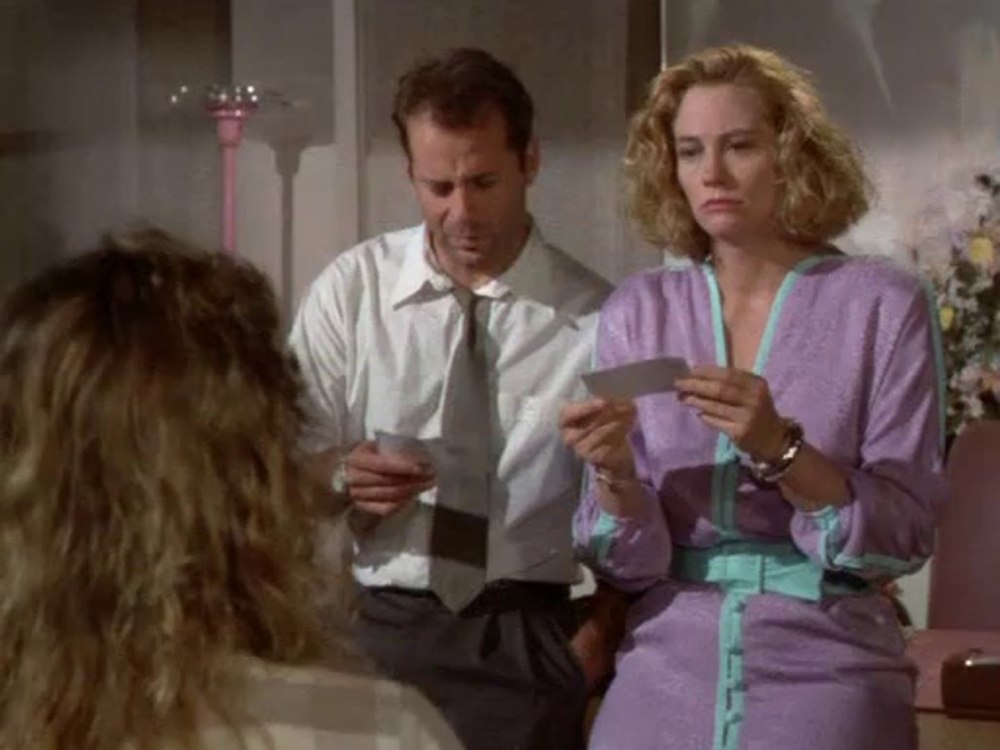 Plastic Fantastic Lovers was written by Jerry Stahl and first aired on 10 January, 1989. David and Maddie dive into an interesting case that sees them investigating a plastic surgery office after they have a client come to them suggesting his surgery mishap was in fact a deliberate act of sabotage.

Maddie goes undercover posing as a perspective client, while David decides to go after the secretary.

Their client, despite being hidden behind a mask, sunglasses and a hat, is Andrew Robinson (completely recognisable by his voice) playing Leslie Hunziger.

The episode also features Jennifer Tilly as one of the surgery’s nurses, in fact the very subject of David’s affections, or at least his flirtation as he tries to work his own angle in solving the case.

It also, quite openly, talks about the double standard that applies to age and beauty for both men and women.

Of course, there are reveals about what is really going on, and a weird, frequently funny, showdown in the surgery as noses, silicon implants, and more are thrown around. It’s pretty goofy, bizarre, and again has a feel of the first couple of seasons, and lets me forget the huge misstep of last season.

More casework next with the Blue Moon Detective Agency as I continue the fifth and final season of Moonlighting.