The Directory, filling out the last section of DK Canada’s marvellous The Movie Book, brings me a 90s action classic. One that set the standard for Honk Kong cinema, and found fans all over the world with its style of balletic violence, beautifully crafted shots, and fantastic set pieces.

Not to mention, the exemplary Chow Yun-Fat.

Chow plays Tequila, a tough-as-nails cop who along with an undercover agent, Alan (Tony Leung) is determined to take out an arms dealer, Johnny Wong (Anthony Wong), following a tea house shoot-out that left his partner dead.

This bare bones plot sets up some great stylistic set pieces, and some iconic action sequences, that continue to stun and amaze to this day. This includes the amazing hospital one-shot sequence which runs two minutes and forty-three seconds and required a set redress in twenty seconds as an elevator changes floors.

It’s fun, it’s loud, yes, it’s a little goofy, but oh so damned enjoyable. And this film, coupled with Woo’s The Killer, is probably what got a number of film goers into Hong Kong cinema, and we know how that paid off… so many fantastic films and talent! 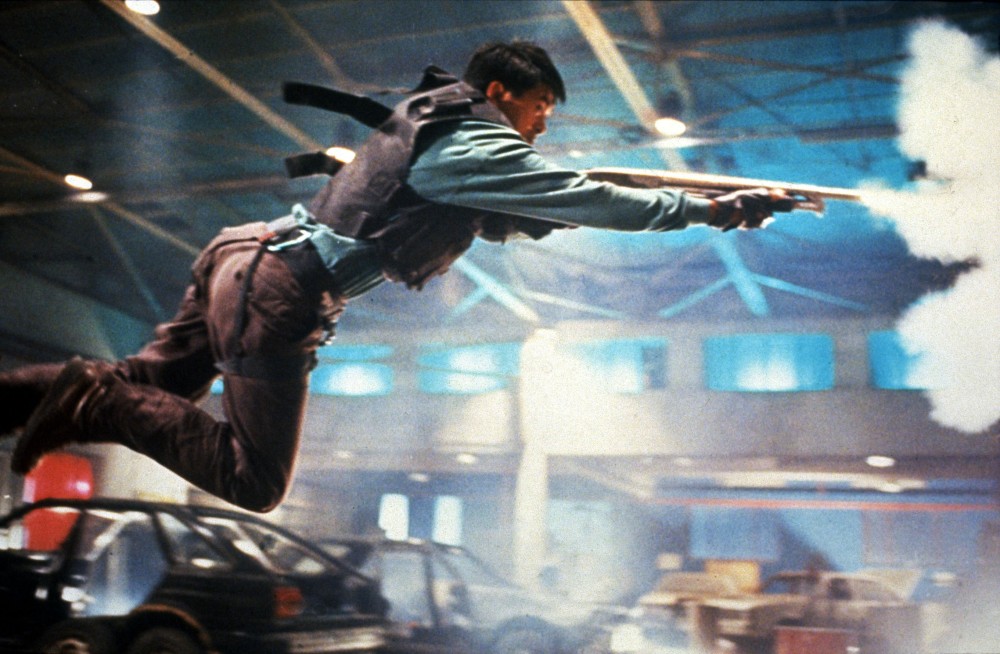 The action beats are just so stylised and so wonderfully over the top that you take the insane body count, over three hundred, in stride as you just enjoy one of the best action movies of all time.

And let me tell you, Chow is completely at home with his character, balancing a rough edge with a playful sense of humour, not to mention the sheer charisma he exudes.

Everything in this film just works, and you just buckle up for the ride. I remember the first time I saw this film, and it blew me away, and that was on video. I was lucky enough to see it projected once with an audience that loved it, and it was an experience!

And while the production values, and some of the outfits seem a little dated now, they are very 90s, the action beats have inspired, been paid homage to, and ripped off countless times since.

If you’ve never seen this one, you owe it to yourself, whether you like subtitled movies or not. And, if you have… well you know you’re due for a rewatch, just as a reminder of how balls-to the-wall over-the-top the climax of the film is.

Once the story moves to the hospital, all the stops are out, and it’s just an E ticket ride after that.

Watch it tonight, or pick up a copy of DK Books’ The Movie Book, and find a new to you classic to watch tonight, or revisit an old favourite.

And Chow Yun-Fat is still The Man!