Winter Media Day at the CBC always tends to be a good time, as we get to catch up with friends new and old both in front of the camera and behind it, as we pal around with fellow bloggers, writers and talent.

As the CBC got ready to roll out the new and returning show for the winter season, Sue and I were given a front seat and a chance to chat with a number of folk. Check it out below! But be warned there may be minor spoilers contained within the interviews themselves… Nothing too huge though, we promise!

First off we got to chat with the cast of Burden of Truth which is returning for its third season. We sat down with Kristen Kreuk who plays Joanna in the series (while serving as one of the show’s executive producers) and her co-star Peter Mooney who plays Billy. 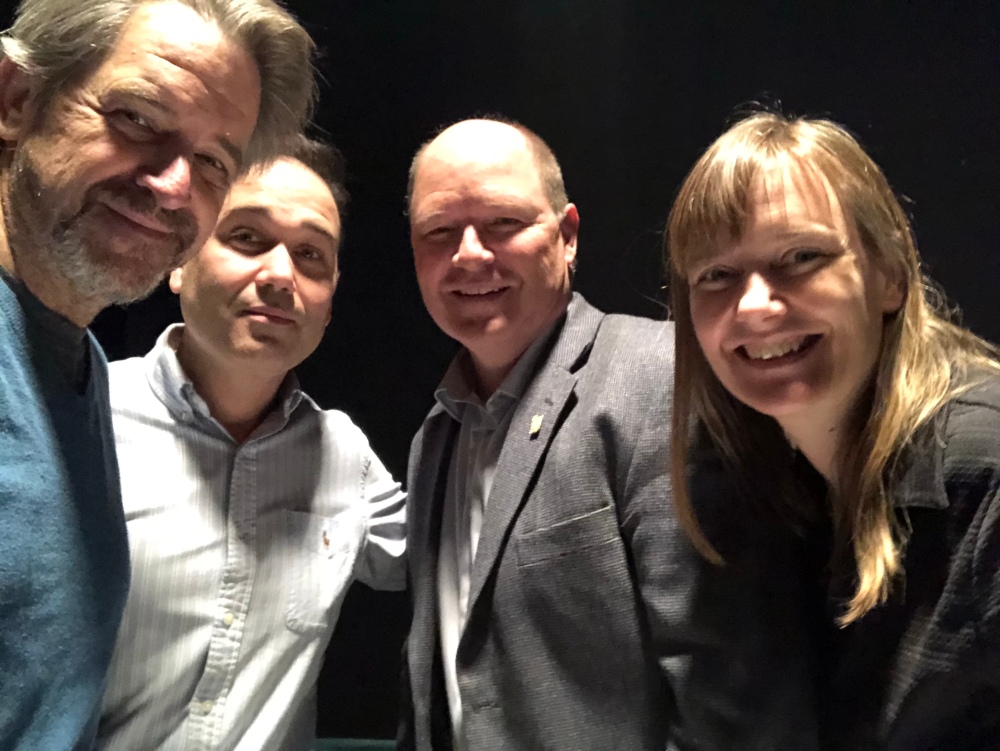 From there we moved on to The Detectives, also in it’s third season, where we chatted with showrunner Petro Duszara and the officer whose case is brought to life, Gerry Belliveau.

You can listen to the conversation here. Or watch us in action…

Then we got the chance to talk with showrunner, Floyd Kane, and series lead, Vinessa Antoine about the second season of Diggstown.

Check it out here.

Then we were able to catch up with the leads from CBC’s most enjoyable comedy (and going into its fourth season), Kim’s Convenience, Paul Sun-Hyung Lee and Jean Yoon. We’ve chatted with them a few times, but it’s always so nice to touch base with them.

It was also great to catch up with Serinda Swan and Roger Cross from the CBC drama, Coroner which is launching its second season.

Have a listen here.

Or watch these two have a great time together below.

And finally we got to chat with the cast from the new CBC period drama, Fortunate Son. We talked music, fashion, story, and the serendipity of one song with Darren Mann, Kari Matchett and Stephen Moyer.

Have a listen here.

Or have a look below…

There’s lots to see on CBC and something for everyone, check out the interviews, check the listings, and (re)discover a favourite tonight!