The final episode was written by Ira Steven Behr and Hans Beimler. It’s a feature length story that debuted on 2 June, 1999, and brought the arc of DS9 to its conclusion, as we dive into the last piece of The Final Chapter.

Captain Sisko (Avery Brooks) and his crew prepare for a final battle with the Dominion as the war comes to an inevitable conclusion, even as Kai Winn (Louise Fletcher) and Dukat (Marc Alaimo) are attempting to release the Pah-wraiths on Bajor, and the Alpha Quadrant. Through it all we get final moments to say goodbye to the characters we’ve gotten to know over the past seven years; O’Brien (Colm Meaney) who has been offered a teaching post at the Academy, Odo (Rene Auberjonois), Quark (Armin Shimerman), Keiko (Rosalind Chao), Kassidy who is dealing with her pregnancy (Penny Johnson Jerald), Jake (Cirroc Lofton), Nog (Aron Eisenberg), Worf (Micheal Dorn), and Dax (Nicole de Boer).

After seven years there’s lots to tie up, and the series does its best while telling a fantastic last adventure. Staying true to the universe and the characters, there is no cheap way out, no deus ex machina, everything that plays out does so as a result of seven years of storytelling – the Prophets, Starfleet, Bajor, the Cardassians, there is so much to pay service to and who will pay the cost?

The final battle is a special effects extravaganza that even now looks stunning. But after the war is over, these characters who we have grown to care for over seven seasons, are going their separate ways, pursuing their post-war careers, lives, and loves. It’s interesting, satisfying, and bittersweet seeing where they end up.

For some reason I always had a tough time getting through this series, I’d usually get hung up somewhere around the third season, sometimes early fourth, but this time, journeying with the crew as I explored The Complete Series on DVD from paramount Canada, I really got into it, and recognize it, and love it for the Trek that it is.

This episode ended up being a great way to end the series, and it sets up so many characters for new stories, as if this was just the beginning. But that’s life isn’t it, one thing setting us up for the next adventure in a continuing cycle.

I will admit to getting a little misty eyed towards the end of the episode as we see recollections of moments and friendships, and imagining where everyone’s lives will take them as the Human Adventure continues! 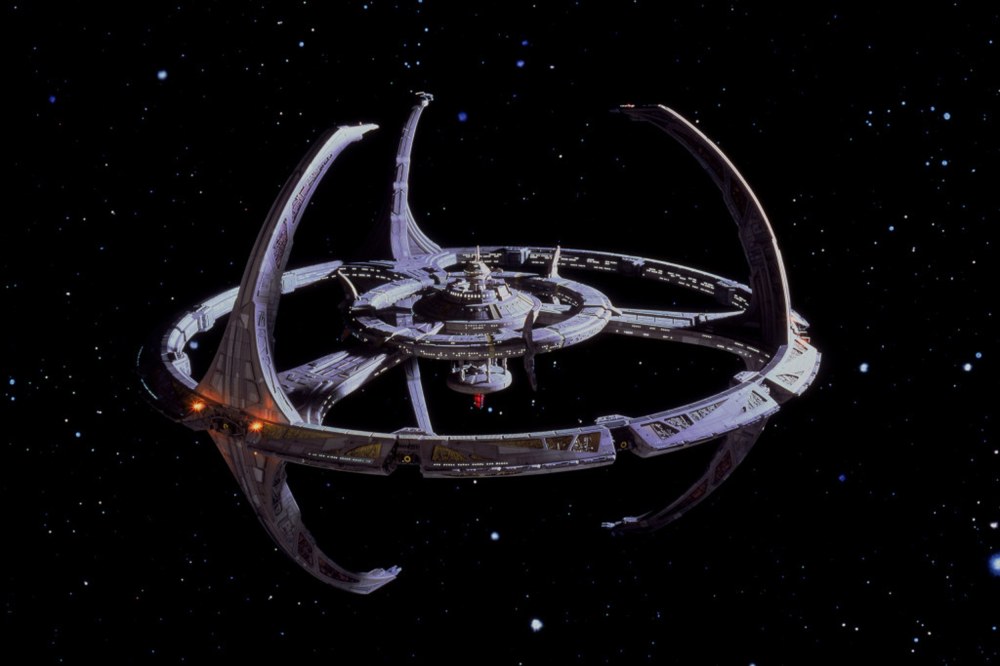