Based on the EC comics Vault of Horror and Tales From the Crypt, this anthology film is the next zombie recommendation film from DK Canada’s Monsters in the Movies. The film features some recognizable names including Joan Collins, Ralph Richardson, and Peter Cushing,

The collection of short stories brought to life on the screen are hit and miss, but all fun, introduced by Ralph Richardson as the Crypt Keeper (though he looks more akin to the Grim Reaper or a monk).

A group of tourists are on a tour through a series of catacombs and crypts when five of them get separated from the main group, and stumble into the realm of the Crypt Keeper, who tells their final stories.

In All Through the House, Collins plays a young murderess on Christmas Eve. She kills her husband, only to be stalked by a killer Santa Claus, which doesn’t work quite so well as it could. It could have played quite tensely, but doesn’t.

Reflection of Death sees Carl (Ian Handry) leaving his family to run off with his younger mistress. When they are involved in an accident, Carl leaves the site of the accident and stumbles home, with everyone he comes across acting in horror… This one is the zombie tale of the bunch, as we learn through the course of the tale.

Poetic Justice also deals with a return from the dead when James (Robin Phillips) is disgusted with the home of their neighbor Grimsdyke (Cushing) and start a smear campaign on the old man, culminatin, leading to his eventual suicide, but he’ll have his justice and vengeance…. when he returns.

There are a couple more tales rounding out the film, including one with Roy Dotrice, but none of them have a real scary punch to them, they all play rather blandly despite the cast and source material.

It’s a benign little anthology that hints that it could be scarier than it is, but the editing, and storytelling don’t do it justice.

Still, it’s interesting to see such a well regarded cast flitting about in what could have been a truly unnerving and scary collection, and instead wander through it like an upper class British drama.

Of course, by film’s end, everyone has got their due comeuppance as we see the evil they were about to unleash, or become, and Ralph Richardson is the film’s singular delight, though he looks nothing like we have come to expect the Crypt Keeper to look like.

I can’t believe how much I am loving exploring some of these not so classic horror films from years past, and you can do the same, and perhaps find a new favorite! Pick up a copy of DK Books’ Monsters in the Movies and find something bloody and macabre to watch tonight. 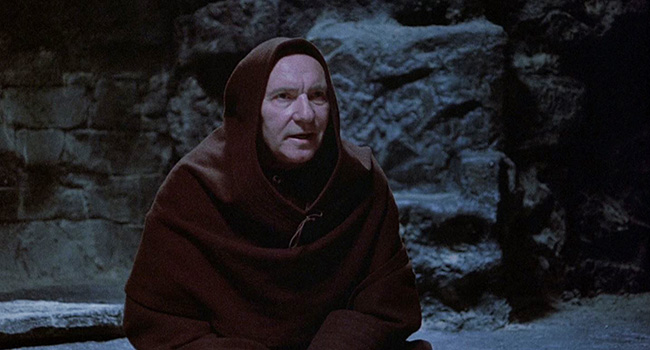