Brannon Braga and Joe Menosky pen the conclusion to the intense two-parter Year of Hell. First airing on 12 November, 1997, the episode sees Captain Janeway (Kate Mulgrew) attempting to rescue Chakotay (Robert Beltran) and Paris (Robert Duncan McNeill) from the Krenim while the Voyager limps along, on the verge of being destroyed.

The Starfleet captain also has to find a way to stop Annorax (Kurtwood Smith) from his temporal manipulations and perhaps restore things to the way they were.

There’s some interesting moments in the episode when Chakotay seems to be working with Annorax, at least conferring with him, and making suggestions and helpful thoughts, while Paris fumes. It gives Chakotay the opportunity to learn what the scientist is attempting to do with his weaponized time-ship.

Annorax is personalizing time so that he may reclaim a lost life, but he’s doing so against the way the universe is meant to play out. He’s obsessed, like Captain Nemo, who he is compared to, and the crew of the Voyager will have to find a way to stop him, and reset everything.

But the cost will be high, as we see as the episode plays out… the Voyager is destroyed, and Janeway dies going down with her ship.

I like both angles of the story, the survival tale of the Voyager, as well as the time manipulation stuff with Paris and Chakotay debating it.

It’s interesting to learn that Braga wanted to make it a four episode arc, can you imagine how that would have played out? And the long term effects it may have had on the crew, the ship, and the series? 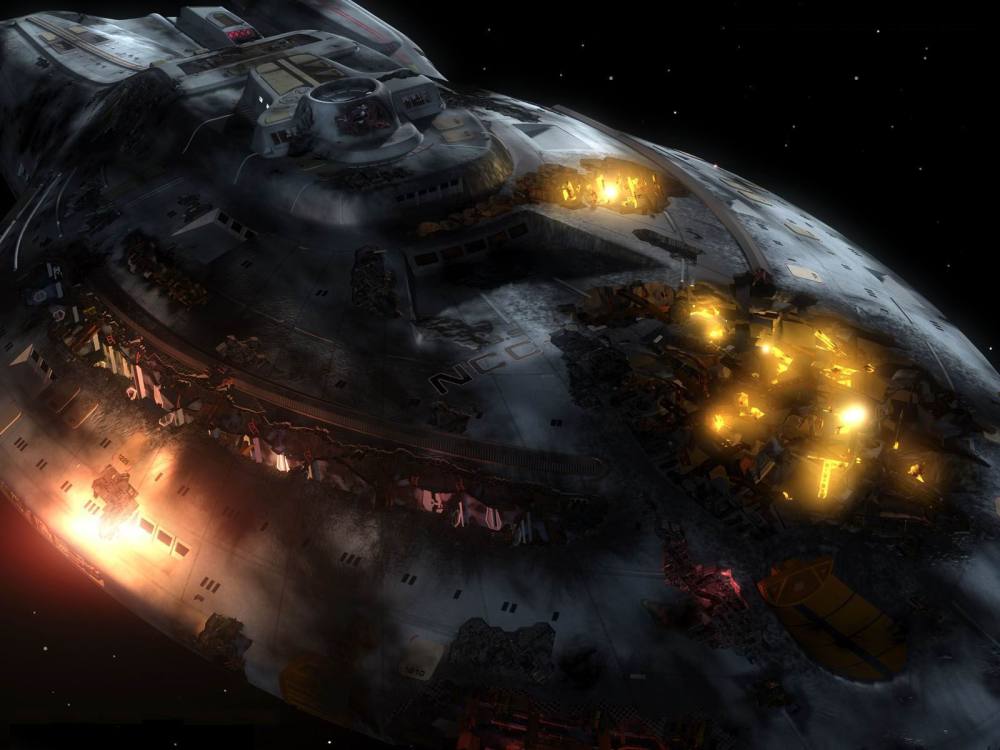 Yes, we’ve gone back a bit in time, but that is because the events of the last two episodes never happened. We’ve gone back a year, to match up with the rest of the universe we’re currently immersed in.

Written by Kenneth Biller, this episode sees Torres (Roxann Dawson) getting into a bit of trouble when the Voyager travels to a planet whose inhabitants are all telepathic and negative thoughts are outlawed. Obviously our half-Klingon engineer is going to have a problem with that, and her anger causes her arrest.

Happily, our crew find a way to resolve the problem, and eventually are able to continue on their way, and the truth of what is really going on is revealed.

It’s wonderful to see that one of the episode’s guest stars, Gwynyth Walsh, this time without all of her Klingon makeup. She’s best known to Trek fans as B’Etor, appearing in both The Next Generation, and Deep Space Nine.

The episode also gives Tuvok (Tim Russ) a chance to be a detective, and prove why he’s security chief for the Voyager.  He also gets some fantastic character moments ni the climax.

Next week, the Human Adventure continues as I explore the fourth season of Star Trek: Voyager with The Complete Series on DVD from Paramount Pictures. Boldly go… 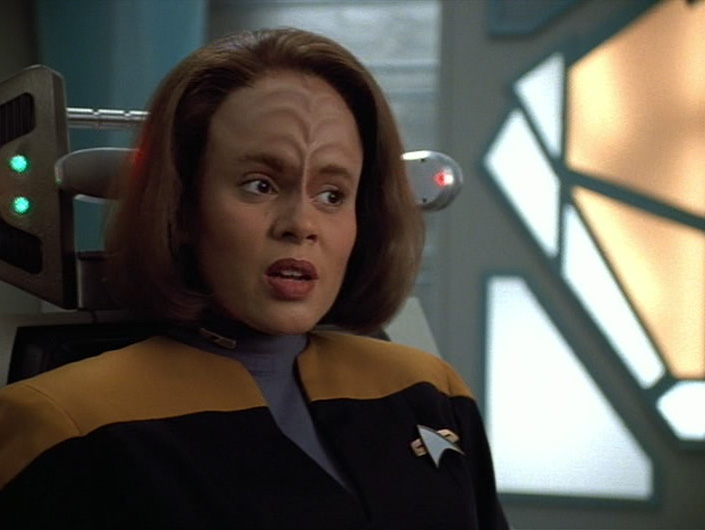