Bad Timing written by Scott Shepherd, is the final episode in the Sonny Burnett arc. Vice detective Sonny Crockett (Don Johnson) is under review and testimony seems to be pretty damning, but I’m sure he’ll find his way through.

First airing on 2 December, 1988, Sonny has his hands full with the review, and takes some time off (under orders) to come to terms with what has happened. While on his getaway, things go sideways when he comes across some murderous escaped cons (Pruitt Taylor Vince).

When a pretty young bartender, Kathleen (Melissa Leo) who had a bit of a flirt with Sonny gets taken by the cons, he sets off in pursuit, and while, in the end, the vacation wasn’t very relaxing, it may have been the therapy he needed.

Throughout the course of the episode Crockett has to deal with the fact that his team may not trust him anymore, both he and Tubbs (Philip Micheal Thomas) are feeling burnt out and questioning the good they are doing – which will set up an arc that takes us through to the end of the season.

Music for this episode includes Don’t Talk Dirty To Me by Jermaine Stewart, Iggy Pop’s Power and Freedom as well as Cold Metal, and I’m So Lonely I Could Cry by Hank Williams.

A solid episode, but honestly, I’m ready to leave the Sonny stories behind and get back to the partners working together. 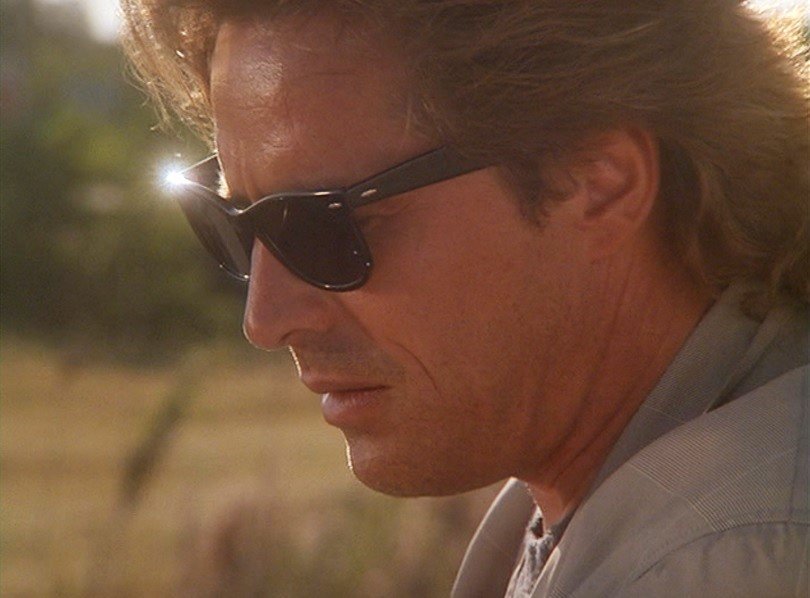 Borrasca is a completely Don Johnson free episode, instead we get to spend some time with Tubbs, Switek (Micheal Talbott) and Castillo (Edward James Olmos) in this episode written by Vladislavo Stepankutza and Elvis Cole. It first debuted on 9 December, 1988.

Tubbs and Castillo are warned off the case, as there may be more going on than they have been told, but they are determined to bring Borrasca (Juan Fernandez) down and Castillo leans towards his CIA contacts again.

Tunes featured in this episode include The Dogs of War by Pink Floyd and I Want Your (Hands On Me) by Sinead O’Connor. Sadly the show’s shrinking musical budget is front and center here as scenes in clubs, which would usually have popular songs and artists playing has to suffice with Tim Truman’s adequate, but uninspiring score.

And say goodbye to the beard, after having it for season four, and having it disappear last week (there was a change in airing order) Tubbs shaves it off right after the show’s opening (offscreen). We also get the first hint of Switek’s gambling addiction in this episode.

There’s more violence than usual in this episode, something that will apparently being an ongoing theme, and Tubbs seems worn down as much as Crockett was in the previous episode. How much longer can they do this job? (Probably until the end of the season).

Watch for an appearance by Brion James!

Next week the case files get that much slimmer as I continue to work my way through the fifth and final season of Miami Vice. 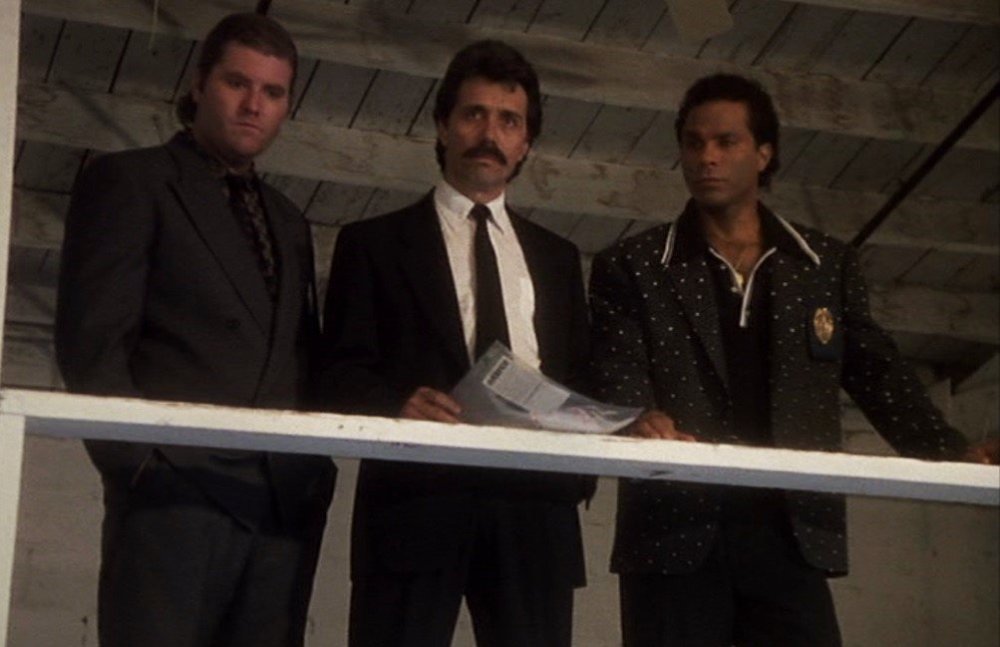