Written by Peter Lance, Baseballs of Death first aired on 19 February, 1988. The vice squad is investigating a series of murders, and find out their prime suspect is a police official from Chile, Ernesto Guerrero (Tony Plana).

They grab their man, but are troubled when he is released. It seems someone in the government is protecting him… and Crockett and Tubbs are determined to discover who and why. Anyone familiar with the movie Lethal Weapon 2 will tell you… diplomatic immunity. This time, it’s weapons, including a clusterbomb (baseball of death).

The music featured in this episode includes Pump Up the Volume by M/A/R/R/S, Twenty Killer Hurts by Gene Loves Jezebel, Big Pig’s I Can’t Break Away, and Running On the Rocks by Shriekback.

The episode also features a pretty impressive stunt, not just for Vice, but for live action television seeing as it had to be done practically.

I like episodes like this when the stories are well thought out, perfectly paced and the right hand doesn’t always know what the left is doing and comes into conflict with one another.

The episode climaxes with a tense airport standoff seguing into a boat chase, featuring the mentioned stunt.

Overall, this feels like a classic episode, it feels more in line with previous season that some of the shakey stories that have filled the season. There’s great music, a solid supporting cast, and a tightly paced story, though the editing style is very much season four, and not season one or two. 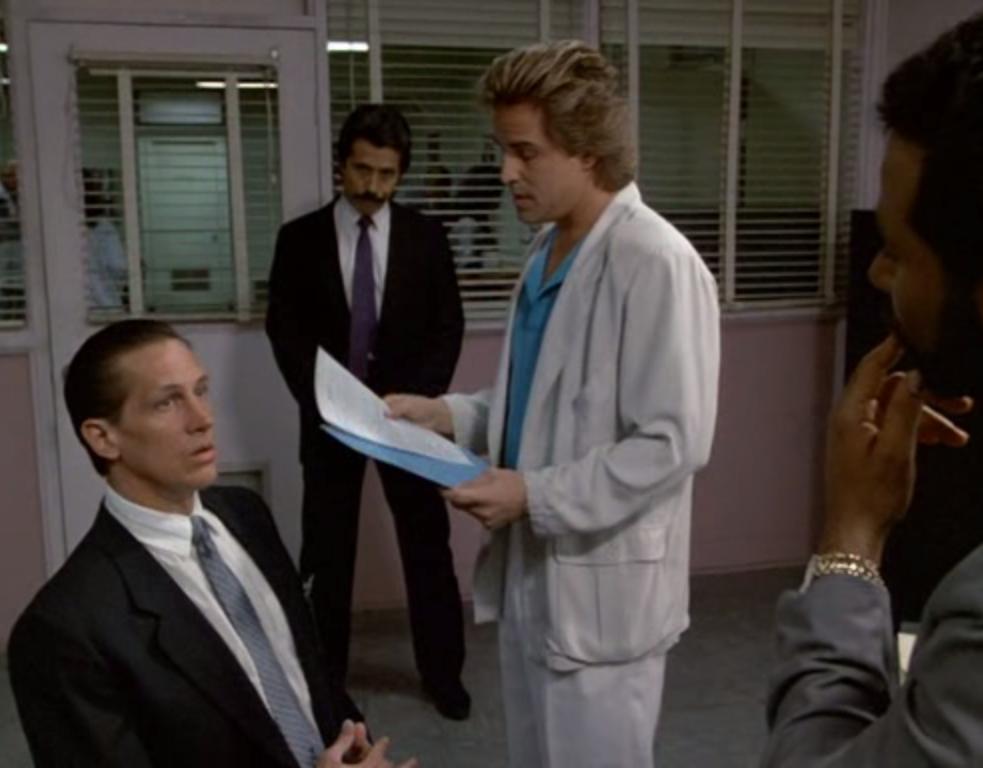 Indian Wars has a slew of writers and you know that can’t always be a good thing, but this one works pretty well.  Micheal Duggan, Peter Lance, Robert Palm, Carl Waldman, and Frank Coffey all have their name on the teleplay while the story originated from Coffey and Waldman.

Airing on 26 February, 1988 the story sees Tubbs joins a Native American group that is fighting to clear their homeland of the drug dealers who are pushing their way onto it. They behave like a vigilante group, outside the law, but are arguably doing the right thing.

It’s fun, and for a change, we get to see Castillo (Edward James Olmos) undercover and in the field. In fact, for a change, Johnson’s Crockett takes a back seat in this episode letting Tubbs finally have an episode of his own this season. It also features some very important remarks on the Native American life as well as the black man’s in a white man’s world.

But as Tubbs digs further into things, is he going to like what he finds? And what will the tribe think?

Tunes in this episode include Yello’s Hawaiian Chance, and God’s Gifts by The Silencers. The episode also features Joseph Turkel, best known for his turns in The Shining and Blade Runner.

This one ends up being another solid episode, that could have benefited from the editing of season one and two, but it’s a good story, and still a relevant one.

There’s more next week, as I continue patrolling the streets of Miami Vice. 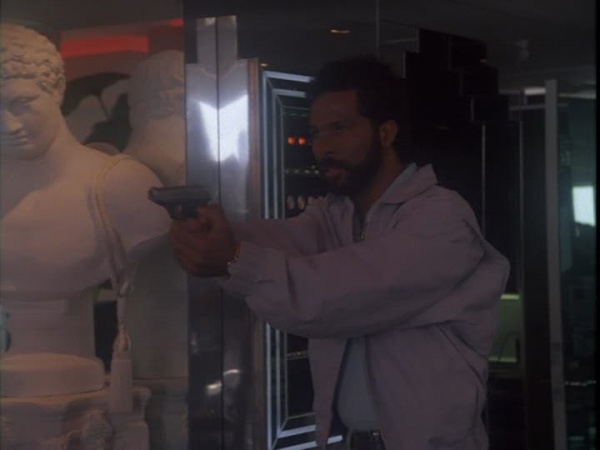