Just before he began work on Back to the Future, and while he was riding high on a television sitcom with Family Ties, Micheal J, Fox made a werewolf movie that is the next recommendation from DK Canada’s highly enjoyable, Monsters in the Movies.

More about an analogy for fitting in, and standing out, the movie is a fun little comedy, that sees Fox as Scott Howard, who is about to learn a hairy family secret.

The film went on to inspire a sequel with Jason Bateman, and a fantastic television series that was much darker than its source material, but this one is just fun.

Scott has a pal in Stiles (Jerry Levine) and a would be girl friend, Boof (Susan Ursitti) if he would only take his eyes off popular girl Pamela (Lorie Griffin) who is attracted to him now that he stands out. But the first time something goes wrong with his transformation, it will be his friends that stand by him, and not the would-bes of his high school.

Scott has a bit of a problem, which is revealed in a great scene between he and his father, Harold (James Hampton), and also warns him that he needs to be true to himself.

So, while not your typical werewolf movie, this one ends up being a lot of fun, mainly due to the incredibly charming cast led by Fox.

The essence of the story is to be true to yourself, even though Howard does get off a riff of ‘great power, great responsibility.’ Stiles is an interesting character, because everything about him says he shouldn’t be popular, much like Scott, and yet, everyone seems to dig him, even as he tries to make a buck off of them.

Fox in the title role gets to exhibit his particular brand of physical humor, along with that innocent style of line delivery that would serve him so well in Back to the Future.

Teen Wolf is an interesting take on the high school experience, because I figure if anyone had that kind of transformation, every body in the school would shun him right away, yet here, he becomes an immediate hero for everyone. Well almost everyone.

I totally crushed on Boof when I first saw her in this movie, mainly because she reminded me of a girl who went to my school, and had the exact same haircut. Unlike Scott and Boof, she wasn’t interested in me, and I had to wait a couple more years for that first round of love.

While not your typical werewolf movie, and not all the 80s humor translates to today’s day and age, Teen Wolf remains an entertaining movie, and its always great to see Micheal J. Fox in anything.

Still, if this one isn’t your cup of tea, pick up a copy of DK Books’ Monsters in the Movies by director John Landis and find something a littler scarier, or bloodier to watch tonight! 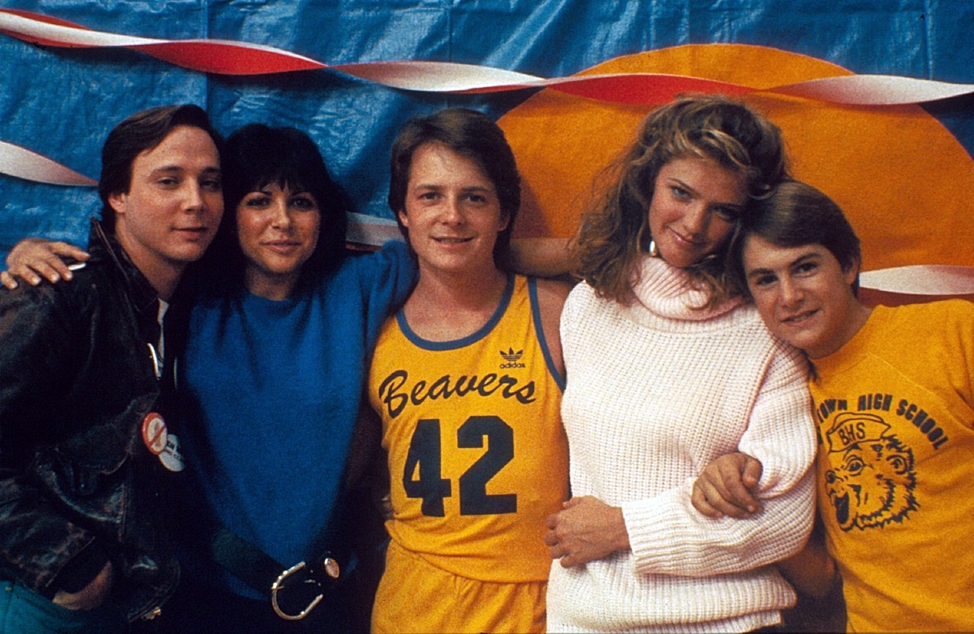