The next film on the What Else to Watch list following the recommendation from DK Canada’s The Movie Book of The Godfather, is the gangster classic, White Heat, starring James Cagney, and features that iconic line, “Made it, Ma! Top of the world!”

Cagney plays Cody Jarrett, a psychopathic criminal who has a bit of a mother complex, is captured by the law, and when he makes good on an escape, he comes up with a plan for a payroll heist, but things go sideways quickly, and Cody is a loose cannon that is going to go down in flames.

The cast includes Margaret Wycherly as Cody’s Ma, and Virgina Mayo as his wife, Verna and features a score by Max Steiner.

The police are dogged in their pursuit of Cody, who is clever, but also paranoid and violent. It may be good that he’s paranoid, as there are people in his gang that he can’t trust, and are informing on him, but he’ll also puts paid to anyone he feels doesn’t make the cut.

The cops are clever as well, sending an undercover cop into the prison that is holding him to learn plans, get confessions, and any other information that could be used against him. In fact, after the cop, going by the name Vic Pardo (Edmond O’Brien) saves Cody’s life, and is able to join in the escape, and infiltrate the Jarrett gang, thereby cementing Cody’s eventual betrayal and fall.

Cagney is perfectly cast, and this is the crazy tough guy image that he is most known for.

Having said that, there is something unusual about this film, it feels like a cross between something truly exceptional, and just another gangster flick. Some of it feels very smart and inspired, and other parts just fill really run of the mill.

Still, Cagney and O’Brien are paired nicely, and they bring their relationship to life vividly, and you have to wonder if the characters were upset about the way things had to play out.

The gangster genre has never been my favorite, but there are the occasional films that prove to be entertaining, and engaging beyond their confines, and this, much like The Godfather, is one of them.

DK Books’ The Movie Book keeps bringing me new and old classics, and is allowing me to discover so many classics of the cinematic realm, constantly expanding my film education, and entertaining me at the same time.

You too can find something amazing to watch this evening. Pick up a copy of The Movie Book, make some popcorn, and settle in for some movie magic. 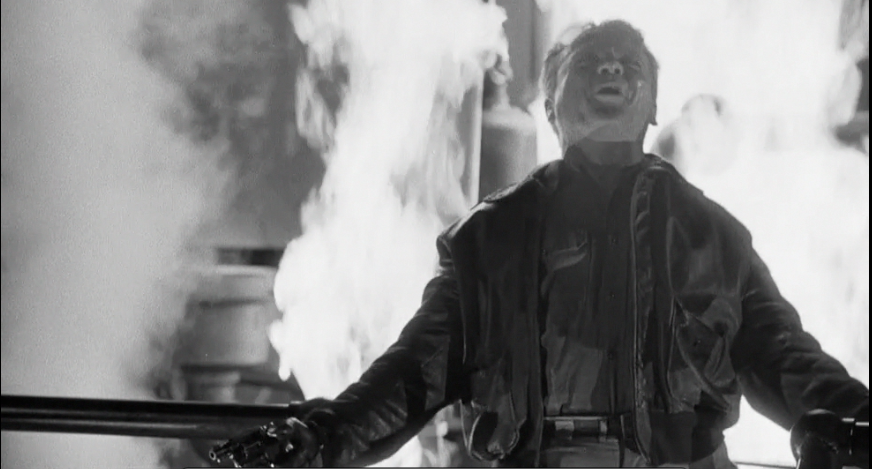