The next big title from DK Canada’s The Movie Book is the classic crime drama, The Godfather. Having covered that one previously, I moved onto the What Else to Watch list and dived into classic crime films that I had often heard of, but never seen, including the 1931 film, Little Caesar.

Before his voice became almost cliche, Edward G. Robinson stormed out to the screen as Rico aka Little Caesar. The tale follows Rico and his best pal, and fellow thug, Joe (Douglas Fairbanks Jr.) as they leave their small town, and the gas stations they are getting tired of knocking over for the big city and the promise of bigger deals, better riches, and a piece of turf to call their own.

On arriving in town, Joe is happy to go back to his old ways, as a dancer and a performer, and he and Olga (Glenda Farrell) want to make a go of it as professionals. Meanwhile Rico wants to make it big, and pushes his way into a mob, and slowly begins to take it over, being smarter and especially more clever than some of the others who are running things.

But two things keep coming back to haunt him. He doesn’t want to let Joe go. Joe is his only real connection to humanity, as well as to who he really is, and he wants him close to make sure he is controlled, but also near Rico. 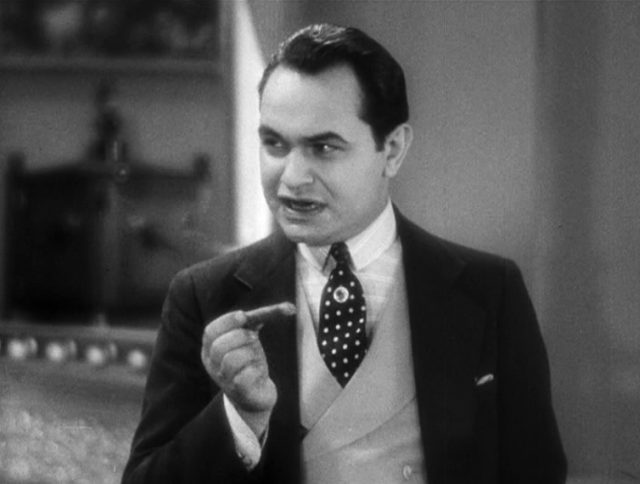 His other fault is his pride, and that is something that every one, especially the police are willing to exploit.

Over the course of the film’s running time, a brisk hour and eighteen minutes, we follow the rise and inevitable fall of Rico, with the last shot of the film being a bit of ironic reveal.

Watching a film like this lets you see how storytelling and film making itself have changed over the decades, and the nearly ninety years since this film was made.

Despite that, and the fact that Robinson’s voice has become such a stereotype, he is completely engaging as the character and his arc is believable, and watching the character meet his comeuppance is orchestrated perfectly.

Most people who know me know that I don’t care for mafia and crime films where the criminal is the main character, especially if they aren’t brought to some sort of justice, either legally or karmically.

This one, there is karma, and justice, and fantastic performances. So I was rather surprised by how much I enjoyed it. Sure, every time Robinson opens his mouth I hear Chief Wiggum from The Simpsons, but he’s great in this film.

So don’t miss out on this film, and countless others that you may not know, pick up a copy of DK Books’ The Movie Book and find a classic film to watch tonight! 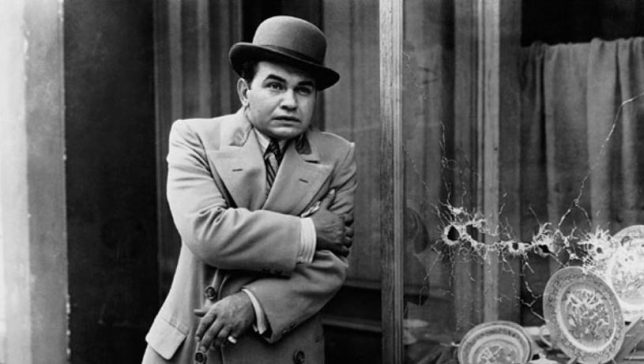