The next big film for me to watch in DK Canada’s informative and entertaining The Movie Book is Bonnie and Clyde, but having reviewed that one previously, I jumped right to the What Else to Watch list and found a title that I hadn’t seen yet, Stanley Kramer’s The Defiant Ones.

Boasting a stellar cast led by Sidney Poitier and Tony Curtis, this is a film whose story is as relevant now as it was when it was made. Curtis, taking the role to shed his pretty boy image, is tough as nails as Joker, one half of an escaped convict team. Poitier’s Noah Cullen is the other half, as the pair are chained together,  and making their way across the countryside following the crash of their prison truck in the opening moments of the film.

While the pair are being pursued, Carl Switzer (an all grown up Alfalfa from the Our Gang/Little Rascals shorts) among them, the film for the most part focuses on the pair, and their interactions instead.

It’s a time of civil and racial unrest in America, and the pair are a microcosm for that, Joker is racist, and Noah is angry because of it, and his treatment by the world. To be clear, they are both criminals, neither of the are truly good men. They are flawed, cracked, injured, and angry, a perfect reflection of America and its dream. 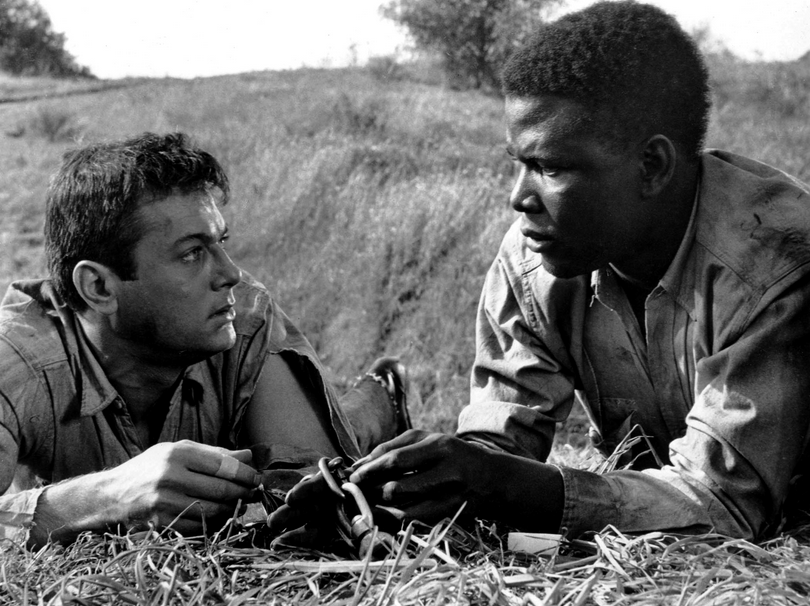 It speaks to the characters, and their development however, when events see them unchained from one another, and reveals are made and they still try to help one another.

The film scored Oscars for Best Screenplay, and Best Cinematography. It was also nominated for Best Picture, Director, Actor (both Poitier and Curtis were nominated), Best Supporting Actor and Actress, as well as Editing. It also boasts performances by Claude Aikens, Lon Chaney Jr., Cara Williams, and Theodore Bikel.

The film ends perfectly, and exactly as you would want it to end, no happy riding off into the sunset together, but a better understanding of one another, even if they still aren’t friends.

Watching these two actors work together, and bring these characters to life makes for a phenomenal film, and one that should be required viewing. I’ve been a fan of Poitier since I can remember, and this film, this performance is a perfect example of why, the barely restrained rage, the simmering anger, the character choices, and the way he carries himself.

This one is a solid film that remains a classic for a reason, and is definitely welcome in DK Books’ The Movie Book. 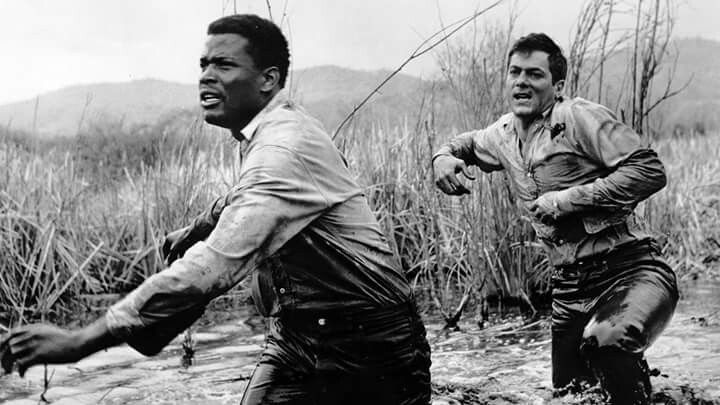