First airing on 14 February, 1986, the story finds Crockett (Don Johnson) and Tubbs (Philip Micheal Thomas) investigating the murder of a prostitute, Florence Italy aka Abigail Cook (Marilyn Romero). The suspect is one of the drivers in the Miami Grand Prix.

Their investigation leads them to a father-son pair of racers, Frank (Stephen Joyce) and Danny Tepper (Danny Sullivan), and the creepy underside to professional racing. There is a tension between the two of them, and there is definitely more going on than we see at first glance. And while Crockett and Tubbs like Danny for the beating and murder of Abigail, they may be after the wrong Tepper.

And of course it goes for the dramatic freeze frame ending…

The series continues to look great, and there is some nice photography throughout this one, especially for the racing and street work – although the editing could have been a little tighter, and flashier for some of it.

Songs in this outing include John Parr’s Naughty Naughty, Sellin’ the Store by Cliff Sarde, Cruise Missile by the Steve Morse Band, The Jimi Hendrix Experience’s Up From the Skies, and Mercury Blues by David Lindley.

French Twist was written by Micheal Hoggan and Jaron Summers, which was developed into a teleplay by Summers. It first aired on 21 February, 1986.

A known terrorist, Sirat Bandi (Xavier Coronel) is in Miami, and an Interpol agent, Danielle Hier (Lisa Eichhorn) arrives to help Crockett, Tubbs and the rest out. But Tubbs is suspicious of her, even as Crockett is taken with her.

The Vice team have a witness, a young woman (Shari Headley), who took a picture of Bandi in action. Something that makes her a target, but also may serve as bait to catch the terrorist.

And of course, knowing how the series tends to work (dark and cynical despite the glitz and glamour), one could hazard a guess to how this one plays out.

Music legend Leonard Cohen makes an appearance as the head of Interpol, Francois Zolan, and Aretha Franklin’s Who’s Zoomin’ Who is featured as the only musical selection, alongside Jan Hammer’s score to be featured in the episode.

Next week it all continues with dirty judges, drugs, chases, music legends and more with Miami Vice. 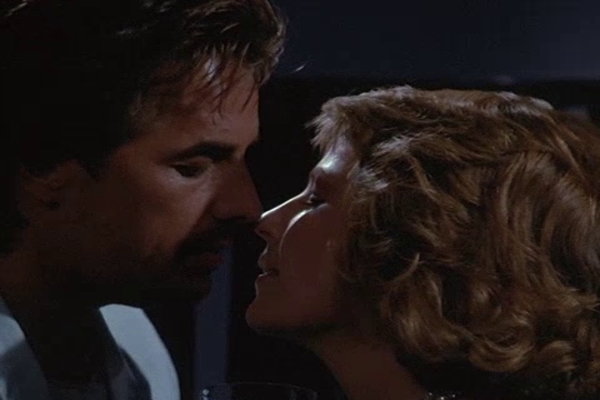