Vice cops Crockett (Don Johnson) and Tubbs (Philip Micheal Thomas) enter the fast-paced world of speedboat racing, when they go undercover to stop a drug smuggler who is using the race to funnel drugs into Miami.

The Great McCarthy was written by Joel Surnow and Philip Reed. It debuted on 16 November, 1984, and added a new character to the Vice-verse that of informant, Izzy Moreno (Martin Ferrero who last appeared in Brother’s Keeper as the assassin working for Calderone).

Izzy is a comedic character, and provides lots of amusement, serving as counterpoint to the investigation into Louis McCarthy (William Gray Espy) – the target of the cops’ investigation.

They find a lead through a dirty lawyer, Gifford (Charles McCaughan) which leads them to Louis’ paramour, Vanessa (Maria McDonald), who Tubbs quickly gets designs on and becomes romantically entangled with.

You know that is not going to end well.

The boat race, the highlight of the episode, is also the most troubling in terms of continuity, but I guess the editors didn’t think it would matter when they cut it together.

Songs used this week include a cover of Rod Stewart’s Some Guys Have All the Luck and Laura Branigan’s Self Control, it also features tracks by Lindsey Buckingham (Go Insane) and Steppenwolf (Born to Be Wild, all augmented throughout the episode by Jan Hammer’s classic synth score.

Glades was penned by Rex Weiner and Allan Weisbecker. It had an original airdate of 20 November, 1984.

Crockett and Tubbs are off to the everglades when they need to recover a witness for a drug trial. Bramlette (Keith Szarabajka) has run home to evade the drug dealers who will kill him and his family should he testify.

The pair of vice cops have 48 hours to bring him back to Miami or the case is all but lost. But things aren’t going to be easy for them, it looks like the dealers are going to stop Bramlette from coming back to town once and for all.

This is a bit of a unique episode as it gets away from the city’s and the pastel palette that dominates the series, as Sonny Crockett and Ricardo Tubbs head into the dangerous greenery of the glades.

With a bunch of, well backwater smugglers (although one of them has made enough cash to buy a DeLorean), Crockett and Tubbs help Bramlette rescue his daughter from the dealers who are trying to keep him quiet.

It’s not exactly a by-the-book raid, but they take the baddies down, and reunite Bramlette with his family, before returning to Miami…

Tunes featured in this episode is the classic tune by The Animals, We Got to Get Out of This Place, I Send a Message by INXS and Girls With Guns by Tommy Shaw.

I dig into more cases next week! 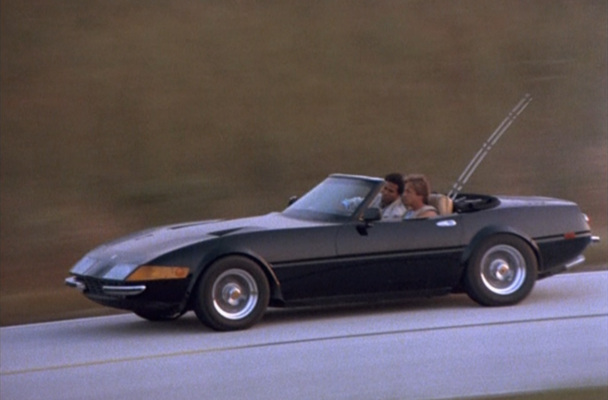