Written by Ira Steven Behr from a story by Rick Berman, Micheal Piller, Jeri Taylor and Behr, the episode continues to lay foundation work for the next series, Star Trek: Voyager which would debut halfway through DS9’s third season.

With an original airdate of 1 May, 1994, the story rockets our characters into trouble as the Cardassians and the Maquis clash. Sisko tries to find a way to come about to a peaceful conclusion, and finds himself on a rescue mission to save Gul Dukat (Marc Alaimo) who was seized by Hudson’s group.

He works to find a way to resolve things, but it doesn’t play out that way. Even with an offer of amnesty for Hudson, Sisko may not be able to turn the situation around.

This is a great world-building episode, as it shows that not everything is perfect in the 24th century. Yes, things are great on Federation worlds, but the further out to the edges you get, and the closer to space that is governed by Romulans, Cardassians, and any new enemies that come along, things aren’t so easy, so perfect, so black and white.

And it’s quite entertaining to watch a money driven Ferengi, Quark (Armin Shimerman) arguing for peace with a gun-running Vulcan, Sakonna (Bertila Damas), and a little heart-breaking to see friends caught on opposite sides of the conflict.

A smart story, that expands the Trek-verse in a new way, preparing us for what is to come. 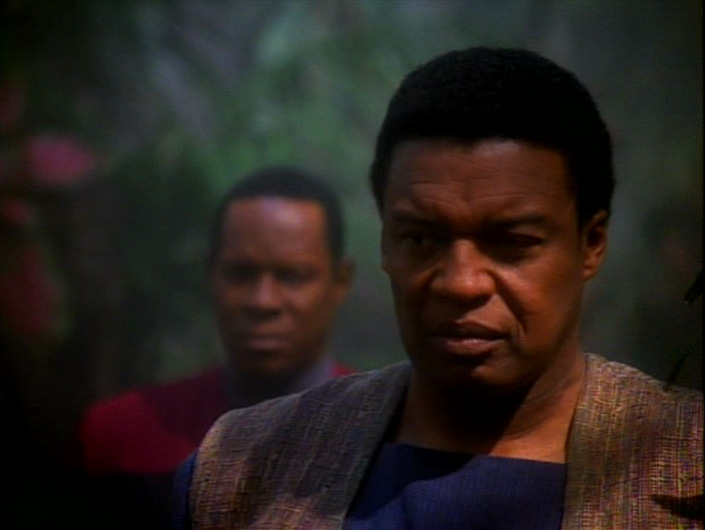 The Wire, written by Robert Hewitt Wolfe debuted on 8 May, 1994 and is an enjoyable Bashir (Alexander Siddig) and Garak (Andrew Robinson) story.

It seems the Cardassian tailor has an implant in his brain to help diffuse and alleviate pain should he be tortured. Unfortunately now it is malfunctioning and what starts as annoying headaches quickly becomes life threatening, and young doctor, Julian Bashir works to save his friend’s life.

I mean, if they are really friends. I love the way their relationship works, they enjoy one another’s company, but neither really completely trusts the other. Is Garak really a spy? We may never know. But that niggling doubt is always going to hang over Bashir’s head.

Still, as the doctor investigates Garak, he may be the key to saving the Cardassian’s life.

This episode marks the first mention of the secret security force within the Cardassian government known as the Obsidian Order, and a hint (maybe more) about Garak’s involvement with them.

The Human Adventure continues next week as I continue my exploration of Star Trek: Deep Space Nine – The Complete Series on DVD available now from Paramount Pictures. 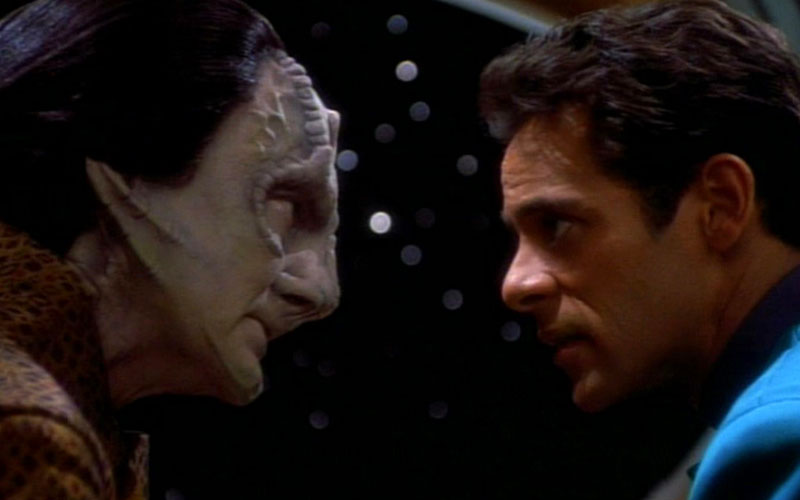