Moody, broody vampires are the next stop in DK Canada’s Monsters in the Movies, by legendary director, John Landis.

Adapted from Anne Rice’s novel, with an uncredited rewrite by Jordan, the film headlines Tom Cruise, Brad Pitt and Antonio Banderas as three of the author’s iconic vampires, Lestat, Louis, and Armand respectively. And while Cruise gets top billing, this is very much Pitt’s film.

Meeting a young man, Malloy (Christian Slater), who interviews people about their lives for a hobby, Louis opens up about his life, and reveals his existence as a vampire to Mallory and the audience.

Louis finds himself at odds with Lestat, however, over the taking of human life, but eventually indulges, to a degree, when he and Lestat turn young Claudia (Kirsten Dunst) – who will now be forever trapped as a child (something that is revisited in another vampire film coming up, one of my personal faves, Near Dark).

Lestat is a poor teacher, shares nothing with his ‘family’ and they soon grow to hate him, and do the one thing that is forbidden to vampire kind… kill one of their own.

Believing themselves free, they travel to the Old World of Europe, leaving America behind, in search of answers and come across a strange coven, led by Armand.

Here, there fates will be decided, and Mallory may get the story of several lifetimes.

Jordan created a lush beautiful film, and no matter the personal feelings about Cruise being cast as the iconic vampire in the Rice series of novels, he turns in a solid performance. But, as mentioned, this is Pitt’s film, and his Louis is dark, moody, conflicted, and hard to empathise with, because he sees no joy anywhere. Even after they turn Claudia, what should be, even a moment of joy, is sullied by the morose, self-pitying narration Louis gives to the scene.

The production design is solid, and it’s always a delight to see Jordan’s go-to actor, Stephen Rea as the devious Santiago.

Of particular note is the work of Stan Winston, and his studios, that created the vampire make-up, the various bodies, and the like. And while I don’t envy the actors who had to be made up for over three hours every day, they look fantastic.

Elliot Goldenthal provides a rather spooky score, often employing chorals, and the film, as dark as it is (it is set at night – they are vampires after all) looks beautiful.

I don’t think I watched this one since I had seen it in the theatre back in ’94, I do think I enjoyed it much more this time around knowing the work that goes into such films.

I wonder what DK Books and Mr. Landis have for me next. 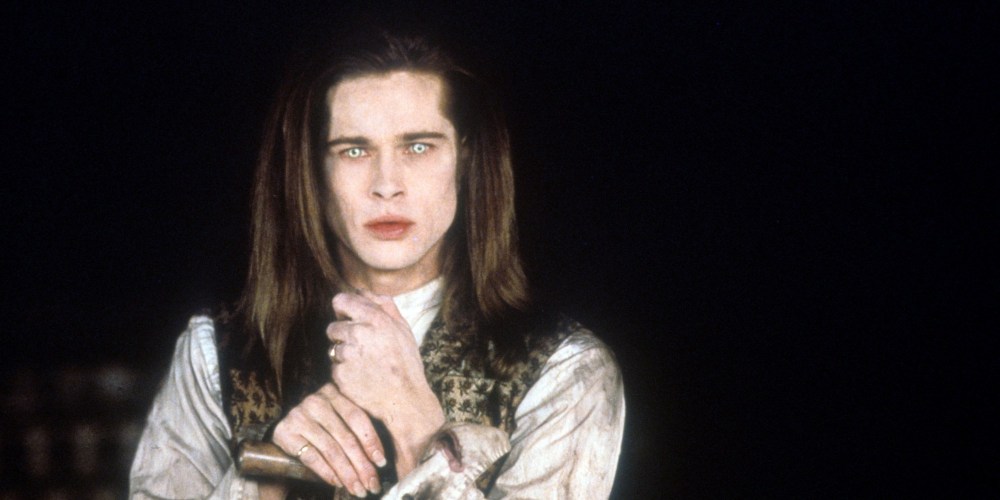