Written by James Crocker from a story by Gene Wolande and John Wright, this episode first debuted on 24 October, 1993.

Doctor Bashir (Alexander Siddig) and the Cardassian tailor (and possibly spy) Garak (Andrew Robinson) investigate Cardassian war orphans left behind on Bajor after the occupation, and those that have been adopted, which causes political problems in the sector.

Sisko (Avery Brooks) even gets involved, as he is contacted by Gul Dukat (Marc Alaimo) who seems to know as much about the orphans and events going on at the station as everyone else.

As the crew investigate, there are allegations that the war orphans, especially the one at the centre of the story, Rugel (Vidal Peterson) has been abused, and harassed his entire life, simply for being of Cardassian birth.

It’s fairly heavy subject matter, and prime material for a Trek story. In fact, I feel it was one The Original Series might have done. Nonetheless, the story is quite at home on the station.

But there are other elements at work here as Garak makes some important points about Dukat and the orphans. And he may have a whole other reason for what he is doing.

The issue goes from the large scale of planets and societies, to the small, intimate of the home, as Keiko (Roaslind Chao) and O’Brien (Colm Meaney) look after Rugel while the investigation is conducted. It shows the differing views, and the fact that the Chief still harbours some prejudices against the race he fought against.

The relationship between Garak and Bashir continues to develop, and you’re not quite sure if they are friends, or whether the tailor is simply using the doctor to get his own way. Either way, it’s a lot of fun to see these two characters play together.

And the way the final act unfolds is a fascinating watch. 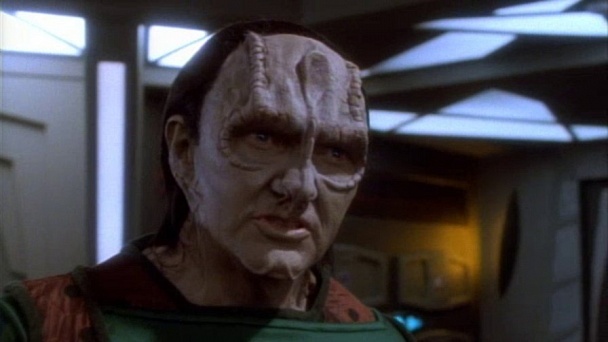 Evan Carlos Somers, Steven Baum, Michael Piller and James Crocker come up with the teleplay for this episode from a story by Crocker that first aired on 31 October, 1993.

Another Bashir story, this one sees the young doctor falling in love with a new stellar cartographer who joins the station, Melora Pazlar (Daphne Ashbrook). She is the first of her race to serve in Starfleet, and has some unusual gravity-based disabilities that brings her in to contact with the young doctor, who begins to develop emotions for her.

Quark (Armin Shimerman), meanwhile, is getting death threats from a former associate. And of course, before the end of the story, both plots are going to come together…

The episode deals nicely with those with disabilities, from the way Melora is stand-offish about her condition, to her having had to fight to be treated equally, it’s all dealt with in this episode. I quite like how smartly it deals with all manner of issues, and Deep Space Nine continues to prove itself to be real Trek.

The Human Adventure continues next week when I continue to explore The Complete Series on DVD, now available from Paramount Pictures. 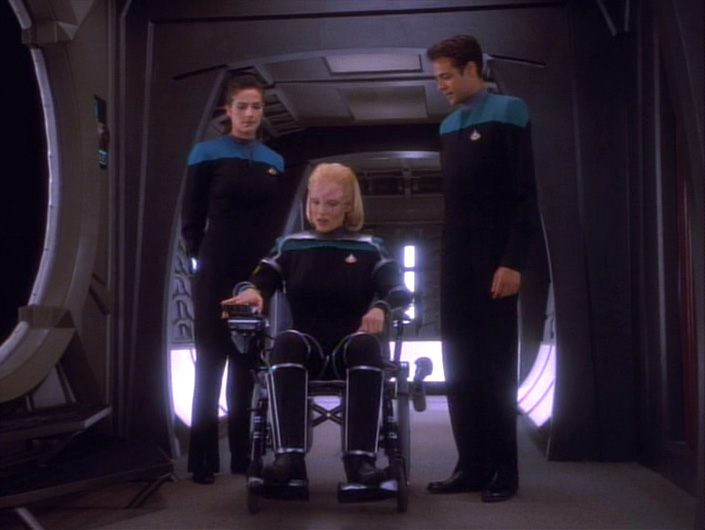