Peter Harness and Steven Moffat pen the conclusion to the story begun last week in The Zygon Invasion, airing on 7 November, 2015, the episode left the Doctor (Capaldi) in a precarious predicament, the Zygon replacement of Clara (Jenna Coleman) had just launched a rocket at the President of Earth’s (the Doctor) plane – with the Time Lord aboard.

The episode takes us inside Clara’s mind, and her connection with her doppelganger as she fights to save her friend, and herself.

The Zygon splinter group is tired of living quietly amongst the humans of the planet, they want to have Earth to themselves and they now seem to be ahead of the Doctor, and Clara’s double, Bonnie seems to have complete control.

Will war break out, or will the Doctor be able to get both sides to do what they would have had to do all along, sit down and talk?

I like this episode, for a number of reasons, the Clara story is great, and I love the pairing of the Doctor and Osgood (Ingrid Oliver), it definitely lets us enjoy the idea of the geeky scientist paired with the Time Lord.

“This is a scale model of war. Every war ever fought right there in front of you. Because it’s always the same. When you fire that first shot, no matter how right you feel, you have no idea who’s going to die. You don’t know who’s children are going to scream and burn. How many hearts will be broken! How many lives shattered! How much blood will spill until everybody does what they’re always going to have to do from the very beginning — sit down and talk! Listen to me, listen. I just — I just want you to think. Do you know what thinking is? It’s just a fancy word for changing your mind.” 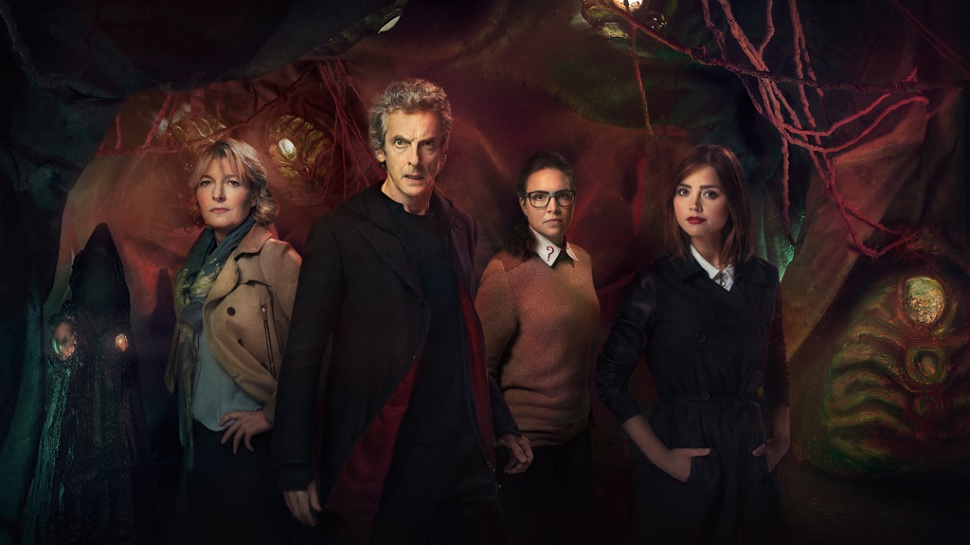 Sleep No More is a unique tale in the world of Doctor Who, it plays out like a found footage film.  This episode was written by Mark Gatiss, and was first broadcast on 14 November, 2015.

It’s also unique in that the Doctor can’t always triumph, something that rarely happens.

The Le Verrier space station has gone silent, and no one knows why. An investigation team is sent to find out what happened, and we see what happens through their cameras, and prowling the station the team comes across the Doctor and Clara.

I also love the riff the Doctor goes on about putting the word space in front of a word to make it all, well, spacey.

The Doctor first thinks the station has been deserted for some time, as there is a covering of dust, but it is soon revealed that the dust is something else.

There is a programme on the station, Morpheus, that allows a person to sleep for five minutes and then stay awake for a month, allowing one to get ahead of competitors who would have to sleep. This would ruin humanity, as sleep, and dreams are necessary.

Unfortunately, the sleep that builds up in your eyes, that one wipes away in the morning, has built up through Morpheus, grown carnivorous, and sentient. And stalking the team, Companion and Time Lord.

It’s a fun episode has some cool ideas, but not everything works in it. Still, it’s a unique story that keeps the show fresh and entertaining.

Next week we begin the run towards the end of the ninth series with Face the Raven.