Helms and Wilson play fraternal twin brothers, Peter and Kyle, who lead separate and different lives from one another and the rest of their family. Peter’s is a proctologist,  and his son hates him. Kyle has always been lucky in life, and love, that has always made Pete envious.

The family is reunited when their mother (Glenn Close) is getting married again. When Pete stumbles across a clue to their identity of their long lost father, the two brothers set off a cross-country roadtrip to track their potential patriarch down.

The pair meet a number of potentials, as they stumble from comedic and awkward situations to goofy lines and sexual discussions. But in the end, as they draw closer to the truth, they realise family is who you love, whether you are related to them or not.

Featuring a fun cast including Christopher Walken, Harry Shearer, Ving Rhames, JK Simmons, and Terry Bradshaw as himself the film hides its heart, and its there, behind some really silly scenarios and outrageous lines of dialogue.

The cameos add to the fun, and there are some truly funny moments in the film.

Comedies, however can be a tenuous exercise for the viewer. If they aren’t in the mood for that type of humour then the experience can be boring to ludicrous. In this case, I was ready for the kind of low-brow adolescent laughs that fill the film, and I rather enjoyed it.

In fact, I’ve always liked Owen Wilson and Ed Helms, they are both pretty enjoyable comedic actors, and Wilson’s natural comedy comes to play rather nicely in this film.

It’s not gong to be everyone’s cup of tea, but if you are in the mood for some juvenile adult laughs, this may be for you.

It’s fun seeing Close, Walken, Simmons, goof off, and turn in their brief performances. It just has a sense of fun.

Sher keeps the story and the laughs balanced, and it moves along fairly quickly, even though its longer than your usual comedy these days. It comes in just short of two hours, while most comedies nowadays are quite happy to run for only ninety minutes.

The disc comes with a gag reel and some deleted scenes, and wraps up the film’s presentation nicely.

In the end, the film is a comedy confection, light, funny, and just a little sweet.

Father Figures is available today on blu-ray and DVD from Warner Brothers today. 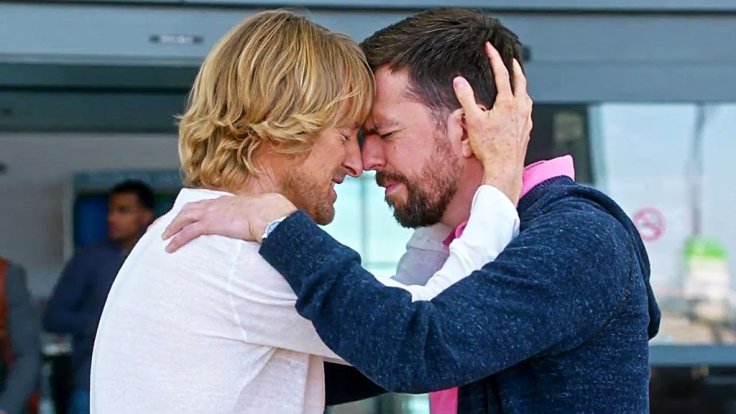