Written by Matthew Jacobs, this portion of the television movie, originally aired as an episode on 10 April, 1993.

The Jones family, with Mrs. Seymour (Margaret Tyzack) in tow, arrive in Vienna, where Indy is smitten with the daughter of the Archduke, Franz Ferdinand (Lennart Hjulstrom). Young Indy meets Princess Sophie (Amalie Ihle Alstrup) during a lesson in a riding school, and the two hit it off immediately, even as puppy love strikes.

As the story plays out, Indy gets himself into trouble when he and Sophie run off on an adventure. They are then forbidden to see one another, and of course, this breaks poor Indy’s heart.

Of course, nothing will stop young love, at least for awhile, and letters, and gifts exchanged, but we know how history will play out, and that Henry may never see Sophie again.

The episode features one of my favourite poems by Shelley, Love’s Philosophy, as well as some stunning location work. It’s a gentle, beautiful episode, which examines all sides of love, the emotional experience, and the discussion of love and eros as a symptom of the mind, and the belief that romantic love was a creation.

It’s a great little episode that looks at young love. 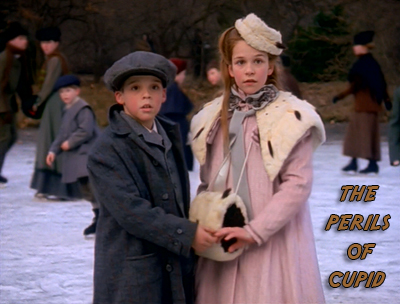 Indy is introduced to his first opera, and his mother, Anna (Ruth de Sosa) is subject to the amorous advances of composer Giacomo Puccini (Georges Corraface).

Puccini, taken by Anna, takes advantage of Henry Sr.’s (Lloyd Owen) absence by trying to woo her, and show her the sights of Italy.

While Indy studies physics and learns about the laws of attraction, a different form of attraction is taking place, and Indy keeps an eye on the situation, though not exactly aware of what is going on.

It’s nice to see Anna get her own arc in an episode, sharing the limelight with Indy, this allows the series, and the canon of Indiana Jones to flesh out the character of his mother a little more. This adds a bit of heartache for true fans, because, of course, we know she is not long for this world, and will pass a few years later.

Anna wavers, but remains true. If she didn’t waver, she wouldn’t be human, and it makes for good drama as well.

Next week, young Indy goes on some Travels With Father… 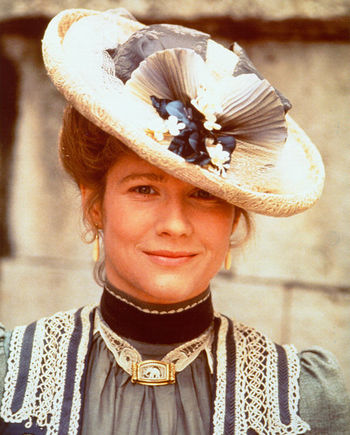