A couple of years ago, DK Canada sent me a book that could answer almost any question you may have had about the Star Wars universe in celebration of the upcoming The Force Awakens. Now they’ve done it again, releasing an expanded and updated edition of the text for the new Star Wars film, The Last Jedi.

A lot has happened in two years, however, so there is plenty of new material to be found in between the pages.

I got a chill writing that last sentence. I remember when it was years between instalments… the length between 1977 and 1980, and 80 and 1983 seemed interminable, and now… now, there is a new Star Wars film planned every year for a long time coming.

The book has been expanded to include more information from TFA as well as Rebels and the continuing Marvel series of comics… and just a hint of what is to come in The Last Jedi.

Like earlier editions, this colourful and playful book is filled with trivia, glimpses behind the scenes, and a plethora of information that die hard and passing Star Wars fans may or may not know, and will love to discover.

The book is broken down into heroes, villains, aliens, planets, ships, and what’s to come. Filled with wall to wall photos, quotes and a useful index, Absolutely Everything You Need to Know continues DK Books’ and Star Wars’ important belief in humour, knowledge, and the fact that reading is fun.

You can find my original review here.

And whether you missed the previous edition, know a collector who has to have them all, or just want a fun Star Wars reference book, this one is a delight, and honestly, just gets me even more excited for the next film which isn’t so far away now.

The updated and expanded edition of Star Wars: Absolutely Everything You Need to Know is now available from DK Books!!

And may the Force be with you. 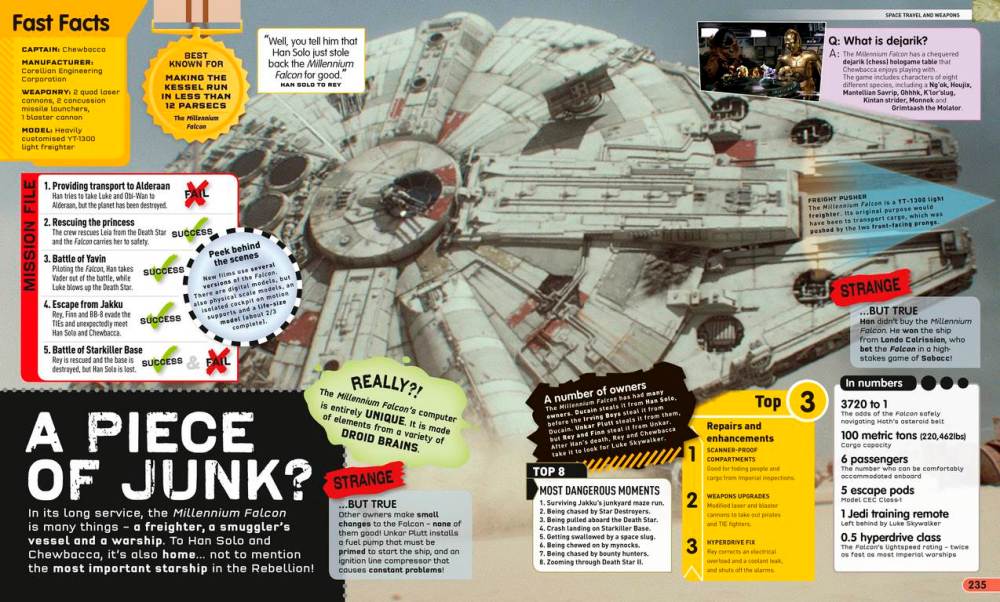