Vertov’s engaging documentary is the next stop in DK Canada’s The Movie Book. It falls solidly and enjoyably in the What Else to Watch list of Battleship Potemkin.

A man, Mikhail Kaufman, wanders the city and captures the daily life of the Soviet Union in a brilliantly engaging way, marrying idea to image as only a cinematic image seems able to do.

The film plays with the reality of film as we are introduced to the audience watching the film, we see it screening, we see its editing, and we see the man wandering around shooting it.

It’s an amazing cinematic experience as we wander the town, and the images fill the screen, not necessarily telling a story so much as it is a slice of Soviet life viewed through a camera.

There are no inter-title cards, the images exist on their own merit.

Running at a brisk 68 minutes, the film not only exists as an experimental and creative endeavour, it also serves as a relevant historical document, capturing daily life in 1929.

I had only heard of this film in passing, and knew next to nothing about it, much to my shame, because this film is cinema. Excitingly crafted, it’s amazing to see how it was shot, how it comes together, and how people lived their lives.

There is joy, loss, ennui, birth, death, and the seemingly unstoppable march of progress. It is a time capsule, the Soviet Union caught in a day, and I was captivated by the entire things.

Watching it you could see how much had changed over time, and how much has stayed the same. No matter where people are, that’s what they are in the end, people, and the camera catches it all here – the good, the bad, and the indelibly human.

The film is also filled with a sense of play, as stop-motion is put to use a few times, to great enjoyment. It’s an amazing ride, and just seeing the masses of people moving on the streets is absolutely amazing.

I can’t rave enough about how much I enjoyed this one. That just goes to show you, yet again, that there are so many films out there that are just waiting to be explored, and with a guide like The Movie Book from DK Canada on hand, you can’t go wrong.

This book continues to inform, entertain, and educate me, as I continue my exploration of film and cinema.

Do yourself a favour and check the book, and this movie out! 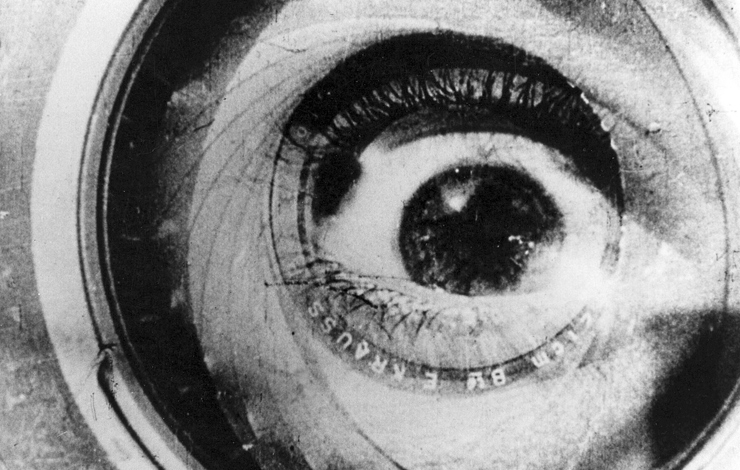