The next action recommendation from the Great Movies – 100 Years of Film book following the fantastic Raiders of the Lost Ark is this 1937 adaptation of H. Rider Haggard’s classic adventure novel.

Cedric Hardwicke leads the way as adventurer Allan Quartermain who is persuaded by Kathy (Anna Lee) to help search for her father, Patrick O’Brien (Arthur Sunclair) who has disappeared in his search for the legendary diamond mines of King Solomon.

With the aid of his guide, Umbopa (Paul Robeson) the adventure gets under way quickly, as the search, mystery and discovery begins.

I will say this, Hardwicke’s incarnation of Quartermain seems neither much of an adventurer, let alone a great white hunter. He’s an older man, so it’s necessary for the story to have a character who can serve as a romantic interest for Kathy. Enter Sir Henry (John Loder).

Through the entire film, it’s Robeson’s performance I enjoy the most, despite Lee getting some clever dialogue, and cute moments.

Given the runtime of the film, about 77 minutes, we’re not given a lot of time for character development or a lot of story, still, it remains an interesting exercise in adventure.

Crossing deserts, encountering strange tribes, all of these things and more await our adventurers in their quest for fortune and glory, oh and Kathy’s father. Along the way they discover the real nature of Umbopa, and they find an unusual and powerful ally in him.

The film is very much not on par with Raiders, nor most action films in this adventure genre. I’ve a soft spot for the terribly scripted and acted remake starring Richard Chamberlain from the 80s, although he now seems a combination of Sir Henry and Quartermain. Having never read the original story I can’t speak to how close either film resembles the source material.

I will say the mine sequence itself is a little more in keeping with later adventure films, even if it plays a little melodramatically, even considering the genre. Skeletons, treasure, lava, all of them come into play before the end of the film, but our heroes survive to enjoy their just rewards.

I did get a little upset, that towards the climax, after all they had faced, they didn’t try to find a way out of the mines, they’d resigned themselves to their fate without even trying anything, until Umbopa came along.

In fact a lot of the characters are very passive, letting things happen to them, instead of making things happen, and that certainly isn’t a way to involve our audience.

This one just didn’t hold my attention. Maybe I’ve seen Raiders too many times… 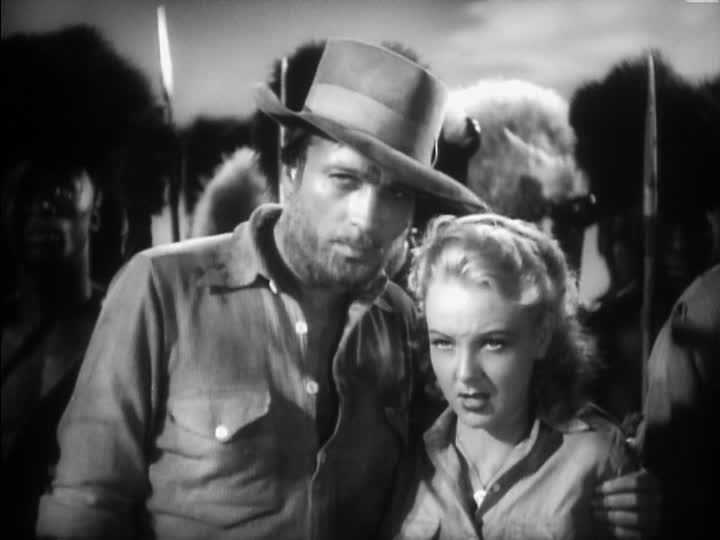