I just wanted to take a quick moment to recognize that this is the 5th anniversary of The Mind Reels (!). We started small, and didn’t start doing daily posts until January or February of our first year. Since then, every single day there has been a post, where we share thoughts, memories, and review film, books, television, comics, stage shows, share our interviews, and having fun on red carpets.

We partnered up, fairly early, with Smithee.TV (www.Smithee.tv) to get a larger reach with our podcasts (watch for our live broadcasts on Livestream), an informal, unique and often laugh-filled chats with some amazing people. You can find them here – https://www.youtube.com/user/smitheetvstudio/videos or here – https://www.youtube.com/user/TDAdama/videos?sort=dd&view=0&shelf_id=0

We’ve partied, laughed and hugged on the red carpets of the Canadian Screen Awards, and the Toronto International Film Festival, as well as covering the amazing Toronto Screenwriting Conference. Heck, we even have a cameo in the horror comedy Dead Before Dawn 3D!

We just ran a poll and announced the winners of our first ever Reelie Awards, expanded our interviews to include doing classic radio plays, with a fantastic array of actors, started a behind the scenes Instagram account (MindReelsBTS) and we’ve started a Patreon site to help us do even more! Check it out – http://www.patreon.com/themindreels

Oh, and did I forget to mention the time we broke a Guinness World Record – The Longest Uninterrupted Live Webcast!

Not bad for our first 5 years. Make sure you join us for the next 5!! And BEYOND! 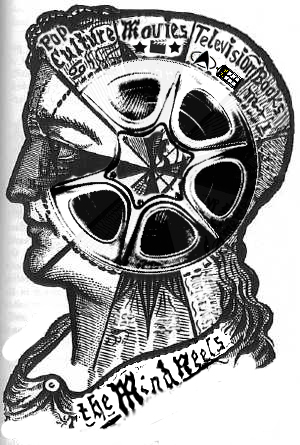