This week’s entry on the Book Shelf is another Star Trek book (sorry loyal readers, I’ve a pile of them, and they keep me reading until I can hit a book store), this one verges on melodrama, especially coming on the tails of The Wounded Sky, and I ended up not being a fan of the author’s way of telling his story. There are some fun ideas, and interesting concepts at play in the novel, but they, to me, didn’t feel like they were executed properly, and while it made references to prior events of the U.S.S. Enterprise’s five-year mission, a lot of the story read like this happened, then this, and I didn’t mention this early but because of it now this can happen.

It seems haphazard at best, which is too bad, because filled out a little, with some punched up dialogue and moments, this one could have been quite good.

Captain James T. Kirk and his stalwart crew are about to ferry a group of prisoners to a penal colony, when the arrival of a plea from help from the planet Trellisane hinting that the Klingons are snooping around and arming their neighboring planet against them, elevating this planet, on the edge of the Neutral Zone, to one of minor interest to one of strategic importance, sends them off on another adventure.

The residents of Trellisane are not quite cowardly, but they are timid. Despite that there is a class structure in place, one, as McCoy discovers, is darker than was originally thought, and may cost the planet its tentative membership in the Federation. The reveal that happens three-quarters of the way through the book could have been handled better, and built up a little more to have a stronger impact.

While the ship’s doctor is dealing with the revelation of a slave race, and the ways they serve their masters, Kirk and Spock are captured. Kirk is taken by the Klingon commander, who plans to take or destroy the Enterprise.

Unfortunately, the starship has some problems of her own, the prisoners I mentioned, they escape and seize control of the bridge. Here’s where I had some of my biggest problems with the story. Right away, the bridge crew resign themselves to being prisoners and carry out the orders they are given, while, right off the bat, I thought of half a dozen things they could do to alert the rest of the crew, without the baddies realizing it, and taking control back.

Instead, they worry about how hungry they are, and how tired they are from being at their stations longer than their scheduled shifts. THIS is not the Enterprise crew I know and love. Sulu, Uhura and Chekov would have come up with something long before Scotty happened onto the bridge and changed the game.

I don’t really want to sound harsh, but this one had such glimmers of potential that its frustrating that it comes off so, well, amateurish. That sounds very mean to say, and who am I to say that? I mean he’s a published author, but with all the Trek I’ve been reading, combined with my love of the series, I think I can at least voice the opinion that this was a bit of a miss and needed a little more oomph to it. 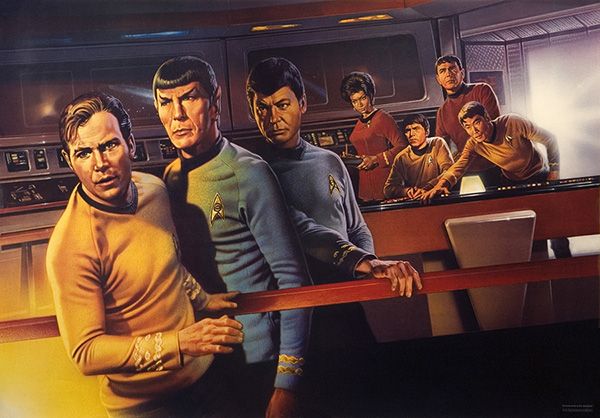