Harlan Ellison’s classic novella comes to life in this adaptation that is my next stop on the Sci-Fi Chronicles book.

Vic (a very young Don Johnson) is wandering the post-apocalyptic world, accompanied by his dog, Blood (voiced by Tim McIntire), with whom he can communicate telepathically. Together they navigate the barbarity, the cruelty and the sheer oddness that is life in their post nuclear existence.

This was one of those ones that I had always heard about but had never seen, until now.

And you know what, I liked it, except for some minor issues I had with it. The real thing that bothered me is that despite the fact that it’s post apocalypse, and the entire American continent seems to be desert, most everyone’s clothes are bright and clean, even if they are rags, and the dirt on fabric and faces is for dramatic purposes only.

Beyond that, it was a fun ride. Vic and Blood (who constantly calls Vic, Albert) wander the land, heading, eventually, for that fabeled land over the hill, but until then, Blood sniffs out women for sex for Vic, and the boy rustles up food for the both of them.

When they come across Quilla June (Susanne Benton), Vic has to have her, and fights off a number of raiders just for the possibility, despite Blood’s advising against it. But she is actually only the bait to guide him into a trap, that may initially sound good, but whose reality is frightening, and under the control of Lou Craddock (Jason Robbards).

Despite the odd nature of the film, it feels, almost, like it could fit into the Mad Max world, though this film is apparently set after the five day long World War IV, and there doesn’t seem to be anything in the way of motor vehicles. Scavengers and raiding parties roam the desert, and Vic and Blood avoid them as possible, and steal from them when they can.

Quilla, however, leads Vic into an underground world, calling itself Topeka, where rules are strict, Christian and Republican, with quick sentences, and painted on faces.

It’s wonderfully bizarre, and very enjoyable, but best of all Blood gets all the best and funniest, dialogue, and the dog cast to play Blood is perfect, and so well-trained, he practically emotes on cue, and you can’t help but want to spend more time with the shaggy fella, and you know as well as I, that when a choice comes down to it who Vic will end up choosing.

And I don’t want to spoil it for those who haven’t seen it, but that ending was classic, and not at all what I expected.

There are a number of themes running through this film, misperceptions about sex and love, friendship, survival, and belonging, and all of them are serviced, and followed to full fruition.

This isn’t going to be one for everyone, but if you’re willing to settle in for it, this one is surprisingly enjoyable. 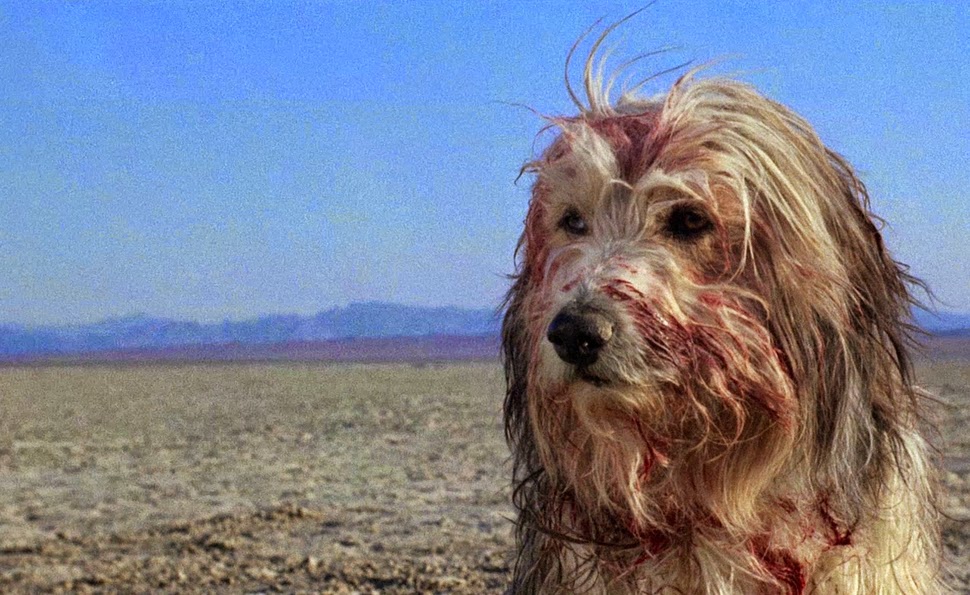