The next recommendation following my screening of Night of the Hunter for the Great Movies – 100 Years of Film book is this Australian western that sees a lawman, Captain Stanley (Ray Winstone) apprehend notorious outlaw Charlie Burns (Guy Pearce) and offers him a deal, he has nine days to track down and kill his older brother, the equally villainous, Arthur (Danny Huston), or his younger brother, Mike (Richard Burns), will hang.

Winstone’s Stanley, who wants to civilize the land, is menacing as he lays out his deal to Burns. The film itself is filled with frenetic violence with the vistas of Australia serving as their backdrop. Against the stark backgrounds with their washed out colors and stunning landscapes the greys of both parties seems more pronounced, both Stanley and Charlie are good and bad men.

As the story unfolds around them, both Stanley and Burns are doing what they do for their families, for their blood, but events threaten the worlds both of them have built for themselves.

While the film is both bloody and violent, it is not at its core, an action film, instead it lets both the lead characters ruminate over their actions, and the events caused by them. When Arthur and Charlie lean of Mike’s beating at the orders of Eden Fletcher (David Wenham), the two unite to go after those who imprisoned him, and free their younger sibling. 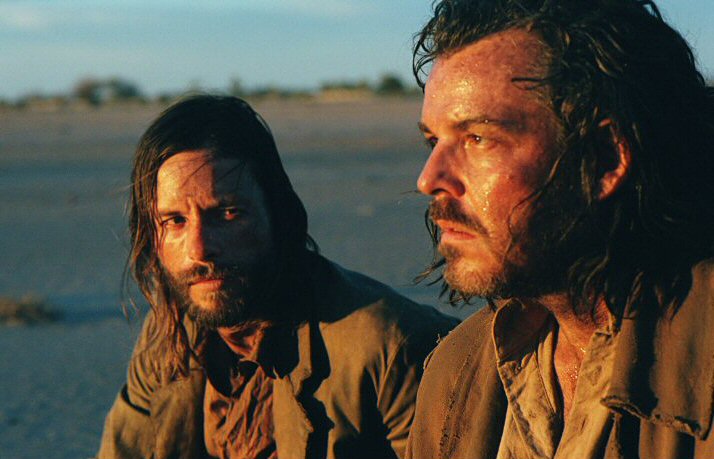 When violence strikes, it’s like the shot from a gun, it’s fast, instantaneous, and tears things apart. With this film, Australian westerns truly make an enduring mark, as it distills the traditional elements down to their simplest, bloodiest tropes.

Tropes that finally turn brother against brother as justice, in its way, is played out, vengeance is sought, and no one is left unchanged by events.

A solid, and well-crafted film that is beautifully shot; the wondrous Australian outback pristine, and lovely a counterpoint to the vicious, vile nature of those who inhabit it.

Pearce as always turns in a fine performance, one that is overpowered at times, I believe, intentionally, by Huston as the older brother. Huston dominates the screen once his character is introduced, and you understand why Stanley wants him stopped, and why he sent Charlie after him. No one else would have been able to get that close to him.

A dark ride, that is fascinating to watch, with intricate performances and stunning cinematography.  Emily Watson and John Hurt co-star in the film, that was written by Nick Cave, who also scored the film alongside Warren Ellis.

I love a solid western, and this one is definitely up there, add in a fantastic cast like the one this is stacked with, and you have a sure winner that will captivate. 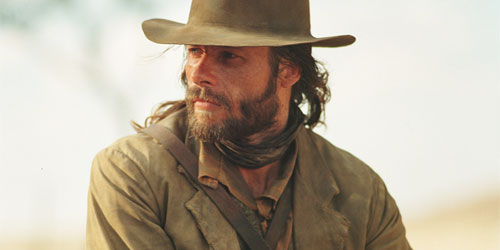