Getting its first re-release on DVD and Blu-Ray today, from Anchor Bay, is Season 5 of the captivating and brutal series, The Walking Dead. Thanks to Anchor Bay, I’ve been able to binge watch the entire series over the past couple of weeks, and think not only am I fairly hooked on this sharply written show, but increasingly intrigued by it.

When the show first started it out, it was very much about the struggle or Rick Grimes (Andrew Lincoln) and those in his group just surviving, and either killing or avoiding the Walkers they come across. Now, five seasons in, there is so much going on, and while there is still the seemingly omnipresent threat of the Dead, the things that actually bring me back episode after episode is the exploration of the human characters, and the things they do to survive. Not to mention how brutally savage we can be as a species.

Season 5, as a whole, doesn’t let up. We learn the terrifying secret behind Terminus, and while we can empathize with what happened to the folks there, the things they do in return, and what it forces Rick and his group to do, are terrifying. And yet, the show is crafted so you can follow, logically, every step of what they went through that led them to that point.

Add in the new sub-plot of getting to Washington, D.C., because some goofy looking mulleted doctor, Eugene Porter (Josh McDermitt) thinks he can work with any of the surviving big brains and change things. He’s aided by Sgt. Abraham Ford (Michael Cudlitz) and Rosita Espinosa (Christian Serratos), who throw in with Rick and his crew for a short time.

But it’s the recurring characters that keep us coming back, fan favorites Daryl Dixon (Norman Reedus) and Michone (Danai Gurira) get plenty of screen time, as well as Carol (Melissa McBride), Glenn (Steven Yuen), Maggie (Lauren Cohan) and Carl (Chandler Riggs) – who doesn’t quite wander off as often now, and has had some interesting character development over the past couple of seasons. 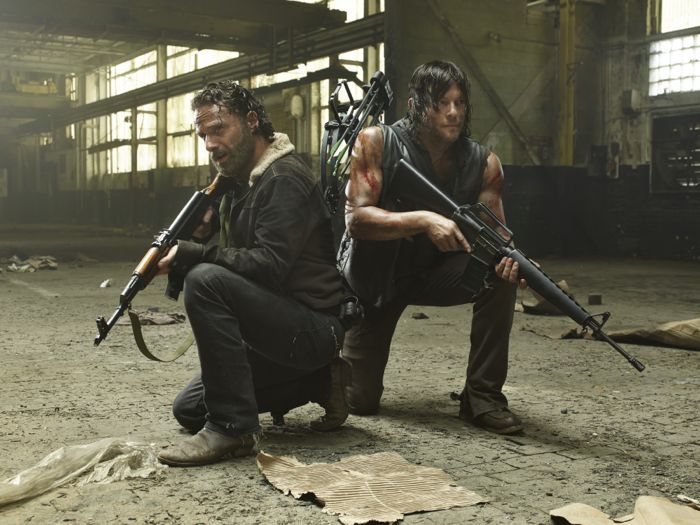 I’m saying it here, I think Daryl will make it almost to the end of the series (unless Reedus wants to exit before then) but then he’ll go out in a way that complete pisses off the fans. It’ll be brutal, harsh, and will totally rip out the hearts of millions of viewers, especially if it comes across as a pointless death…

I do like the fact that the Walkers are taking more of a backseat now, they are always there, but they aren’t the biggest danger now, they are just an ever-present one.

The 16 episodes put the viewer through the mill, and I definitely found that it was hard to watch just one, especially as every episode seems to end on something close to a cliff-hanger.

As always, this set is packed with extras, commentaries, behind the scenes featurettes, and, of course, a fantastic transfer to give the best sound and picture.

Speaking of!! I love some of the cinematography on this show, and some of the images are practically iconic in their beauty.

The Walking Dead is a beautifully shot show, that puts its cast and its viewers through their emotional paces episode to episode, and there is no better way to watch it than to binge watch, and thanks to the DVDs and Blu-Rays from Anchor Bay… you can do that whenever the mood strikes.

The Walking Dead seasons 1 to 5 are now available, while season 6 airs on AMC… 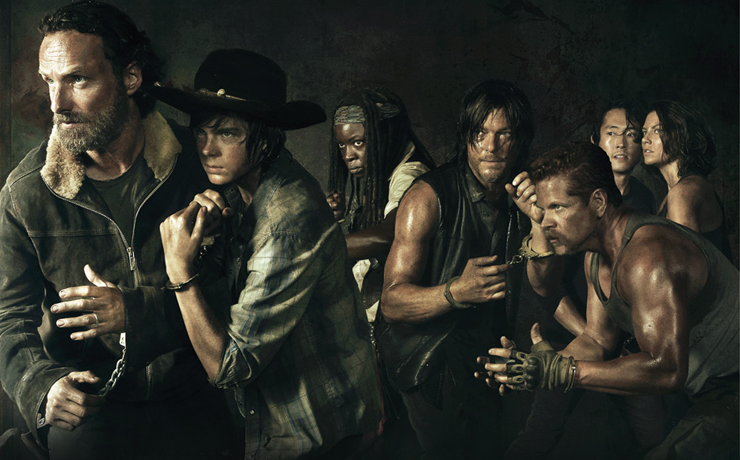