It’s that time of year again, and if you blink… it’s over. And that’s what I realized this morning, just like that Fan Expo is done for another year. Sigh. Still, it was a really enjoyable year as Sue, Lindsay and I dove into geekdom, and chatted with a number of great people, saw some old friends, and just reveled in our fandom.

We arrived early on Thursday for the opening media event, which was an actual Quidditch match. Originally created for the fantasy series, Harry Potter, the game has transcended the novels, and been adapted to muggle-play, and colleges and universities across the globe are fronting teams…

So Sue and I said hi to Space’s Morgan Hoffman, and then settled in to watch a bit of a demonstration of this cross between dodgeball, basketball, and tag.

It was fun, and put us all in the perfect mindset for the weekend…

Make sure you find out who your local team is, and perhaps you can play too! Check out Canada’s official site here.

From there, we headed inside, to have a look around, a wander, and check out some of the cool things on display. Thursdays tend to be the quietest days, and it lets those attendees who do show up have a lot of fun at booths…

We also made sure to sit on Zach Galligan’s panel, and this was one of the mixed moments I had at the con. It was very evident Galligan was there to play and have fun, making for a great time with his fans, unfortunately, his moderator, while knowledgeable, wasn’t the best at working with the audience, and making for a good panel. One on one, I’m sure he’s brilliant, but in a group environment, not so much… sorry.

We also made sure to step into the Dark Matter panel, where we missed a moment to say hello to our friend Anthony Lemke, but got to see him, Alex Mallari Jr. and Jodelle Ferland revel in some well-earned love from the fandom. 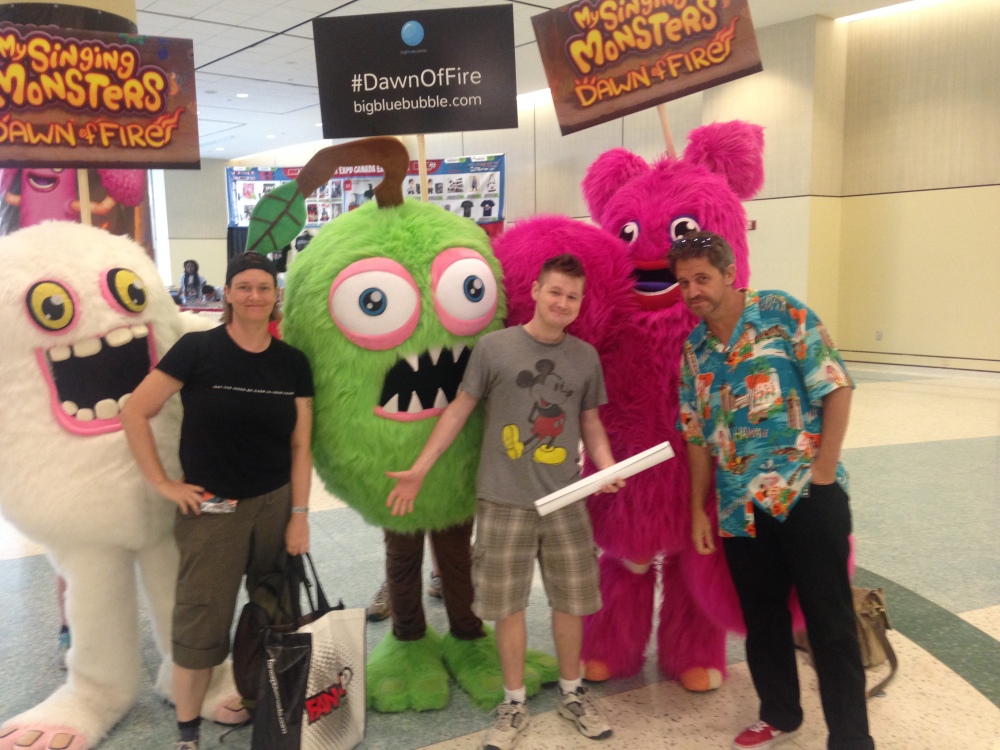 And there was lots to see, there were photo ops galore, EB Games had a fantastic area, and there were a number of curtained areas, including Hasbro, preparing for the the big event on Friday… #ForceFriday – the release of the first wave of Star Wars: The Force Awakens toys.

And believe me Sue and I were ready for that! After a fun, and relaxing first day at the con, we all went home and sacked out as early as we could (which still wasn’t early). Rousing ourselves at 4am, Sue and I met up at Toronto’s Eaton Center, outside the locked doors of the Disney Store, opening early to sell some of the new Star Wars toys…

The store’s cast was eager, excited, and a number of them shared our love of the Star Wars universe, having volunteered to be there for the store’s early opening.

I had only one goal in mind. And budgeted, and re-budgeted a number of times… so I could somehow squeak by, and purchase the app-controlled BB-8. Sue and I got the tickets for the first and second ones to be sold, and stock didn’t last very long! 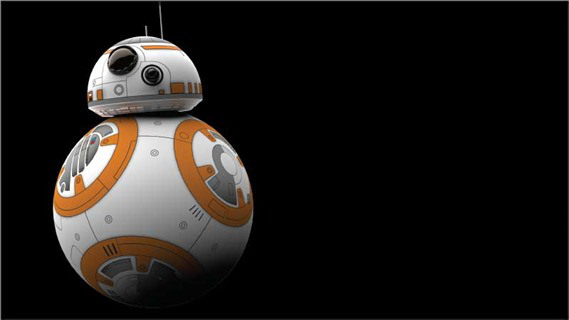 And while I admit, it was more than I wanted to spend… BB-8 was totally worth it!!

Then after going home and crashing for a few hours, Sue, Lindsay, and I dove right back into things…

We made sure to swing by the Toronto After Dark table to chat with friend and festival runner, Adam Lopez, who gave us a sneak peek at this year’s titles…

Make sure you hit their official site here for tickets.

For us, this was just a wander day, and we made sure to eye the floor, I was definitely on the lookout for more Funko figures… it’s an addiction, but not an overpowering one, so that’s good…

And we loved the inclusion this year of the online marketplace known as Etsy, with their fantastic crafts, art, and designs… This was a nice touch, and they make a great addition to artist alley, which seemed to be doing very nicely all weekend!

We were looking forward to Saturday, as our friends at Space had arranged for us to come in and chat with the cast of the upcoming show, The Expanse, based on the phenomenal series of books, which, if you follow the blog, know that I love…

But first we bumped into some familiar faces… and as I tapped Surf Vader on the shoulder to ask for a picture, I was greeted by something I never expected to hear from that masked figure when he saw my shirt… “Dude!”

Than things got scary as we fought for our lives when we encountered Predator.

And then Lindsay and I grabbed lightsabers to settle the fight once and for all… Jaws or Deep Blue Sea (Jaws, obviously).

I’ve been known to get excited before interviews, and as our chat time with The Expanse drew closer, I got quieter, trying to find my way into the head space I needed for the chat, but as you can see, when we chatted, my excitement, as always, got the better of me…

As always thanks to our friends at Space for setting up the interview! And it was so great to chat with Steven Strait who plays Holden, Florence Faivre as Julie Mao, and Cas Anvar who will play Alex Kamal. And let me say, the only casting I was really anxious about was Steven’s, having now met him, and chatted with him… Yeah, I think he can play Holden rather nicely. It’s going to be interesting watching this amazing universe unfold on the screen.

Then it was Sunday… Last day.

We made sure to show up in plenty of time to have a bit of a wander… We’d sat in on some other panels over the course of the weekend… The Scream Reunion, including Neve Campbell, Skeet Ulrich, and Roger L. Jackson, good, but of course, decidedly bittersweet with Wes Craven’s passing.

We were excited about getting back out on the floor today, and were delighted to stumble across our friend, Drew Nelson, from Guillermo del Toro’s The Strain. 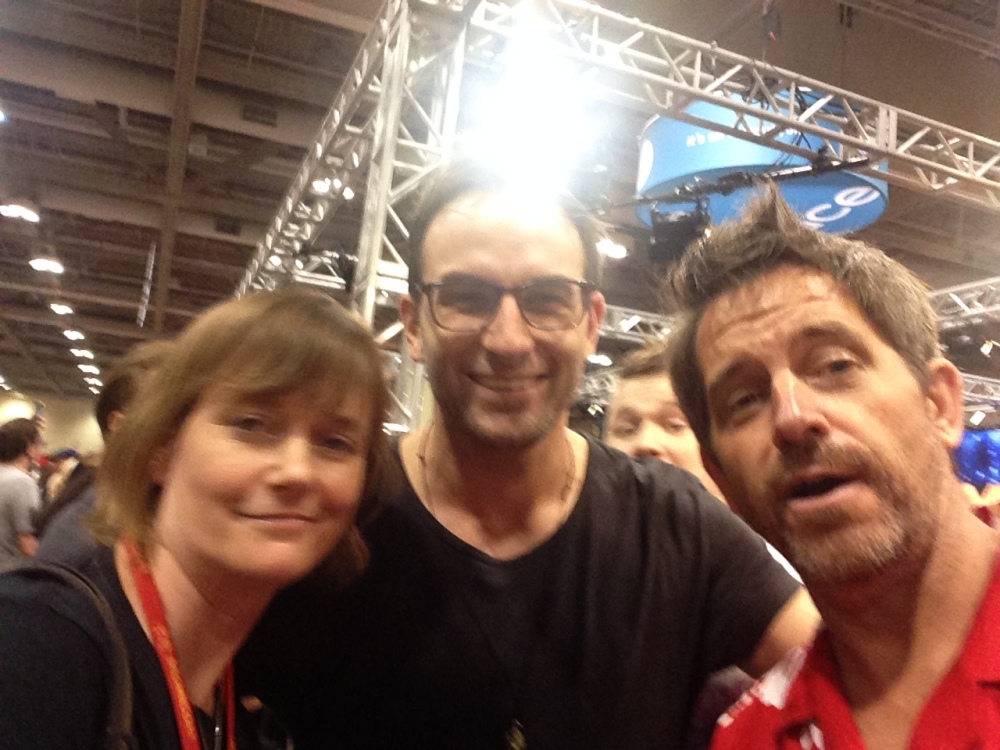 Then, it was time to catch up with some old friends and one new one, as we invaded the Space booth yet again, to chat with Aaron Ashmore, Tamsen McDonough and we finally got to meet Michelle Lovretta about their amazing series, Killjoys.

And of course, Sue and I were absolutely delighted to share in thew news that both Dark Matter and Killjoys have been tapped for a season 2.

After our chat with them, we watched their panel, and prepped for our last interview, which seemed fitting, as we started the convention with a quick hello with Morgan, we ended it with a chat with her…

Before a last photo op… with the very awesome Mads Mikkelsen star of Casino Royale, The Hunt, and, of course, Hannibal. 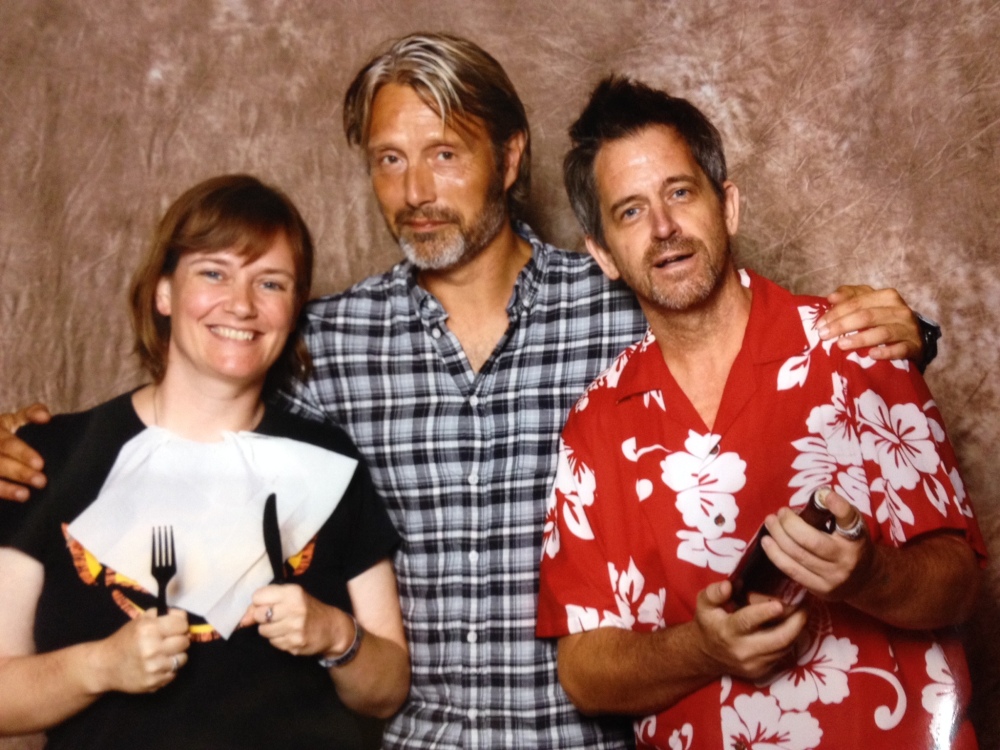 Fan Expo continues to be a wonderful source of geekery and joy for me, I love browsing and finding cool things, the costumes, the art, and a lot of the people. And of course it wouldn’t be a con if I didn’t go home with a couple of Funko figures, this time around, I picked up a few of the Arrow figures… 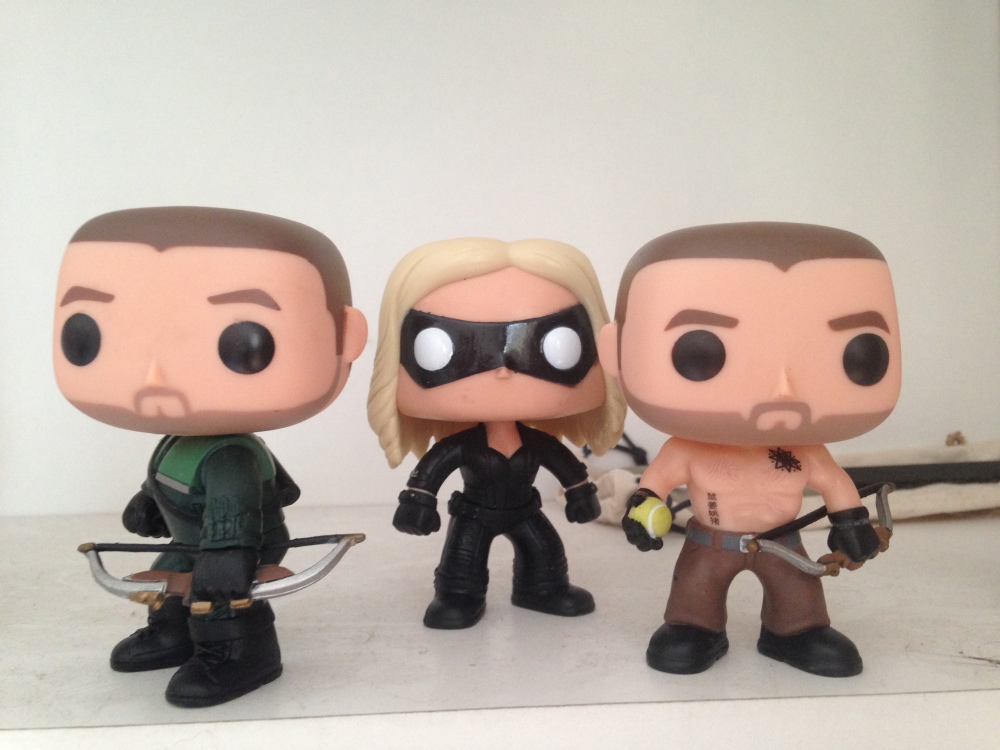 What was your favorite moment of the con?

Did you see who you wanted to see? What was your best purchase? Who would you like to see at a con?