Falcon Powder, composed of Jim Annan, Scott Montgomery and Kurt Smeaton bring their delightfully absurdist, buddy sketch show to hilarious life at the Al Green Theatre for the course of the Fringe Festival. They played to a sold-out audience last night as they revelled in the bizarre, the hilarious, and sometimes the goofy, as one sketch segued to another.

Using a uniting story of three pals working as Storm Chasers, christened Storm Swarm, they face death as a mass of twisters seem to swarm around them, deal with terminal diseases and necrophilia, how to survive an attack by a wolf, face danger during a gorilla exchange program, or work as scat artists working on television themes (with a brilliant nod to WKRP). The trio seemed to be having a good time with one another, playing their roles to the hilt, and the musical numbers were true hilarity.

These guys were having fun, and they dared the audience not to have fun with them.

Admittedly, the humor may not be for everyone, sometimes the left turns seemed a little extreme for a couple of the viewers, but overall, the audience seemed to enjoy themselves. Some of the writing verged on the brilliant, and they were definitely not afraid to go dark with their stories, playing to an occasional morbid sense of humor that I was certainly willing to follow them on. There were also a number of throwaway lines that had me laughing aloud, and then thinking ‘how did the rest of the audience miss that one?’ while they laughed at something I had just missed.

It’s a layered show with physical comedy, great lines, and some of the expressions, both verbal and physical are just priceless (I should have made a note about half a dozen of them, but before I could I was laughing at something else), with tons of laugh aloud moments in its 52 minute run. It’s very easy to see why they have gotten such a positive critical reception at other festivals, you can still check them out Saturday at 2:15! Get your tickets here. 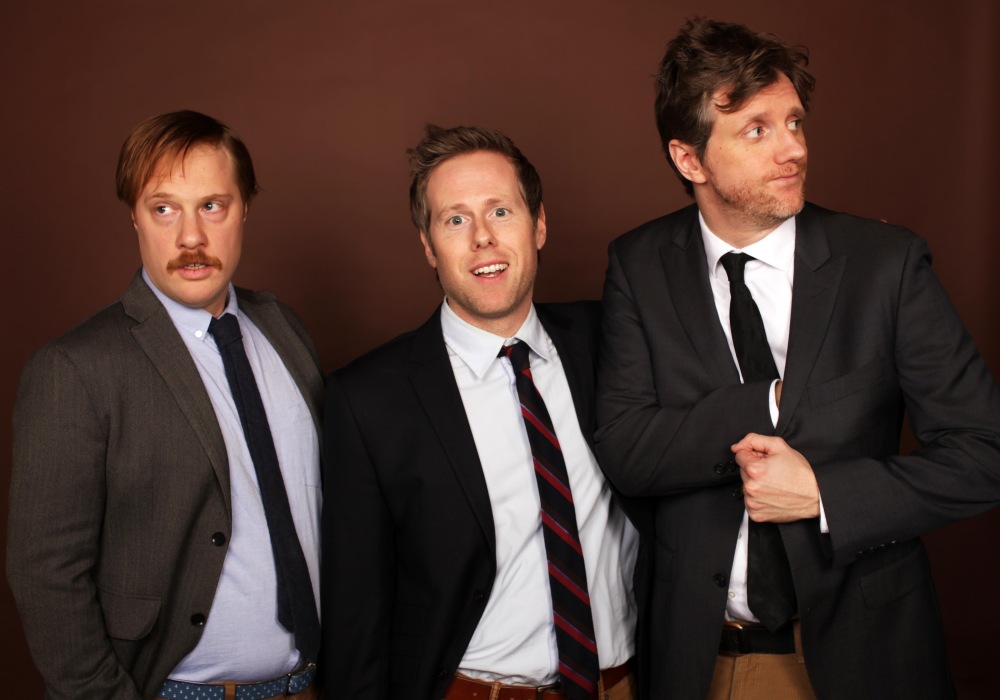