Tonight, Space uveils its latest series from Michelle Lovretta the creator of cult hit, Lost Girl, the futuristic show filled with all manner of bad-assery (totally a word), Killjoys.

The series follows a trio of bounty hunters, who follow the credo, The Warrant is All, in a far-flung tomorrow as they make a living amongst a cluster of planets, known collectively as The Quad.

The group is fronted by Dutch (Hannah John-Kamen), smart, resourceful and beautiful, she is a trained assassin with a mysterious past. Never far from her side is Johnny (Aaron Ashmore), the requisite smart-ass pilot and engineer, who is a bit of a soft touch. D’avin is ex-military, and Johnny’s estranged brother. They get around together in their sleek-looking ship, Lucy, whose a.i. is voiced by Tamsen McDonough.

The series at once feels both familiar and brand new, there are a number of conceits and tropes that many sci-fi fans will recognize; it’s hard to get away from the shadow of Firefly, the re-imagined Battlestar Galactica, Farscape and last year’s Guardians of the Galaxy are going to no doubt weigh on everyone’s minds as they welcome this new series to their viewing schedule.

This series may very well be up to the challenge of covering out a place for itself. It’s fun, filled with lightning-paced dialogue, and some very nice effects, the starscapes and Lucy (gorgeously designed, and once again some nice twists on the familiar) fly-bys look fantastic. The cast is attractive, and up to the challenge of being added to the list of sci-fi heroes, and bring a lot of excitement to their performances. 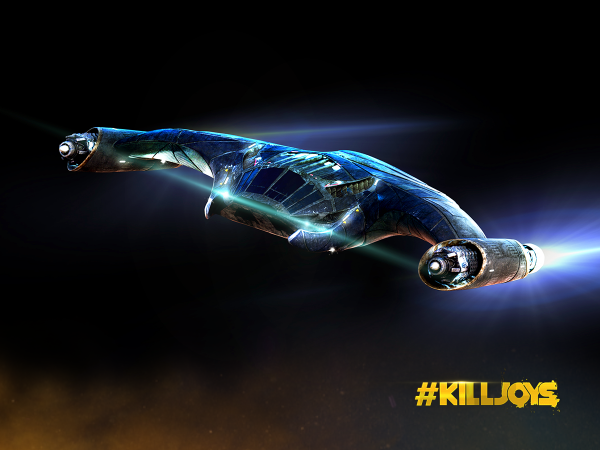 That being said, this is only the first episode, so one can’t expect everything to be perfect from the get-go, the series has to present itself, its worlds, characters, politics, and style, hook the viewer and then week to week expand it to fit into the universe it has created. It does that very well for the most part, and I can’t wait to see how the worlds of Killjoys are revealed as we learn about the characters, get into the season arc, and learn the mythology of the show.

The plot introduces us to the concept of the warrants, how the system works, and that Johnny’s brother has a warrant on him, which may cause problems for all of them…

The series has huge potential is a lot of fun to watch, and hopefully, will use the sci-fi platform to give commentary on real-world issues while entertaining through science fiction allegory, as some of the best science fiction has always done.

So far, the only thing that gives me pause, as I buckle in to enjoy the first season of this space adventure, is the use of source music. This is one thing I have found that tends to really date both shows and films that are trying to introduce us to a far-flung reality, not that there is anything wrong with the songs that are used in the episode, I just worry if we’ll still like them x amount of years down the line.

If that is the least of my worries, than I don’t have much to worry about at all! But let me know what you think after the premiere of Killjoys on Space tonight! 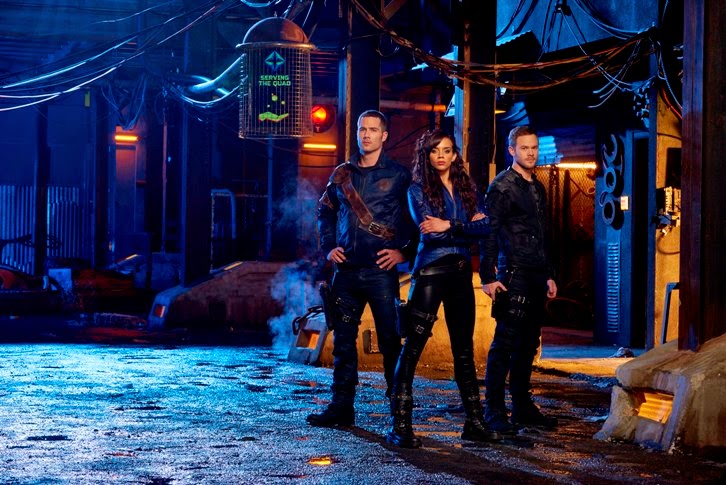