Opening today here in Toronto as well as other selected cities is this human-dramedy starring Cobie Smulders, Guy Pearce and Kevin Corrigan, as a trio of people who get mixed up in one another’s lives as all of them try to find that defining something that makes their lives worth living.

Corrigan is Danny, recently moved to Texas, recently wealthy, and recently heartbroken. Lonely and depressed, he’s looking for a connection, something to make him forget his ex, and something to keep him occupied. He’s decided on fitness…

Enter Smulder’s Kat and Pearce’s Trevor, two personal trainers working in Trevor’s business. Intrigued by the idea but uncomfortable with working out in they gym, Danny offers two years fees up front for Kat to coach him in his sprawling new home. Kat is aggressive, focussed, and in her own way, just as broken and seeking a connection as Danny, who, though aimless and goofy, gives her a lot to laugh about (the food pics he takes for his log are hilarious). The two of them develop a friendship, but when it gets pushed too far, Kat backs off.

Trevor, who has been harboring feelings for Kat, as well as the desire to open a larger gym and work with his  idol, Girgory (Anthony Michael Hall) is furious over Danny’s perceived treatment of Kat, though he can’t be honest with her about what he wants. 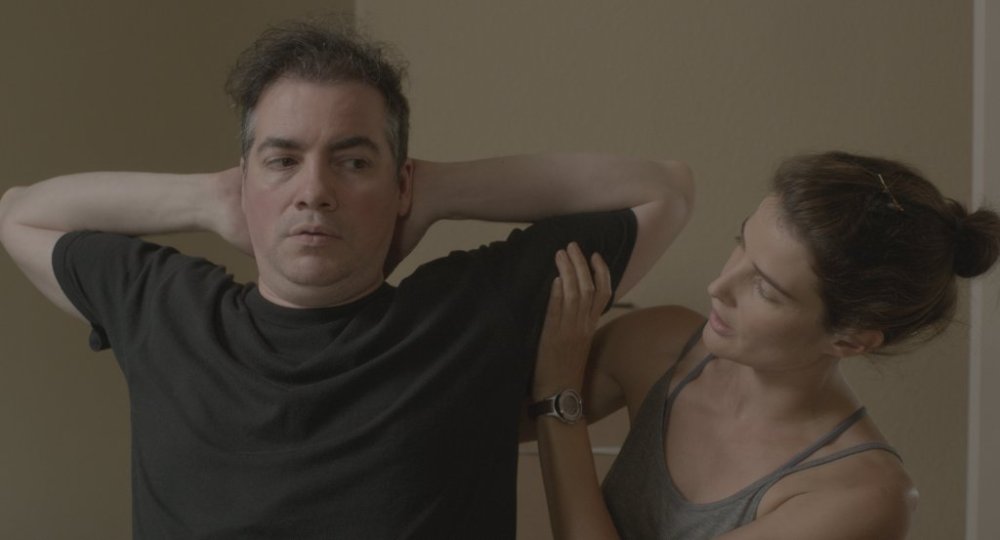 What follows is a character drama, mixed with comedy, as we learn that health is defined differently by everyone, and fitness isn’t just about the condition of your body, but perhaps by the condition of your life, and the way you live it. As long as you strive towards your happiness, and aren’t hurting anyone in the process, maybe that is healthy for you. Each of these characters are lonely, unconnected and angry in their own way, despite following what society dictates should make them happy, it’s only by stepping back and being honest with themselves, others, and their own hearts that they start to discover the truth about true health.

Corrigan is fun as the everyman who can’t get over his ex, needs something more but doesn’t know what it is, and ends up looking in the wrong place. Smulders is, as always, a joy to watch, and exudes confidence, stubbornness and grace as Kat. Pearce’s Trevor is probably the most comedic of the lot, though played completely straight, and his journey resonates just as strongly as Danny’s because he’s someone who thinks he has everything, but meets a hero who may not be as in synch with him as he thought, and can’t admit what he wants from his own life.

While more dramatic than comedic, Results is a gem of a little film that looks at the eternal struggle of life, love and health.

Check your local listings for screenings… 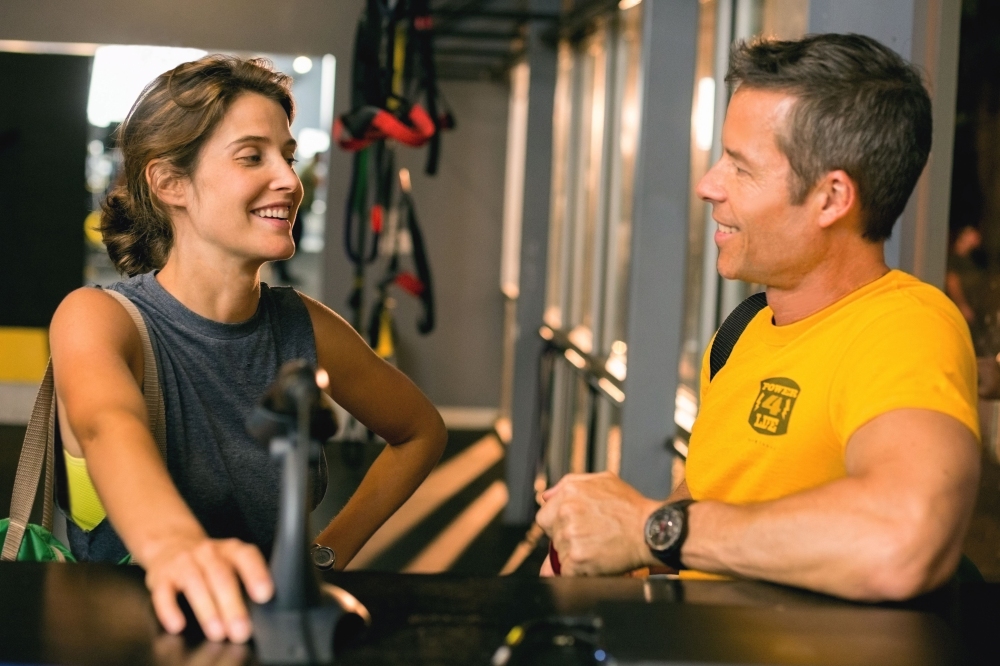