The final road movie from my viewing of Easy Rider for the Great Movies – 100 Years of Film book, is this classic David Lynch film, that I hadn’t seen in years, and was very much looking forward to seeing again.

Sailor (Nicholas Cage) is feverishly in love with Lula (Laura Dern, who is stunningly sexy in this film). But her mother, Marietta (played by Dern’s real mother Diane Ladd), is angry and jealous of their relationship, and after being gently rebuffed by Sailor, she vows to have him killed.

After being released from prison for serving time for manslaughter, defending himself and Lula, the two lovers take to the road, pursued by typically odd Lynchian characters who seem intent on killing Sailor, and returning Lula to her home.

Incorporating themes and imagery from The Wizard of Oz, this one is a hot, sexy, wild ride as Sailor and Lula race across the country trying to find a place for themselves and away from the reach of Marietta.

Along the way, they are hunted by Marcelles Santos (J.E. Freeman), tangle with the frightening Bobby Peru (Willem Dafoe) and find themselves drawn into a dangerous situation that may see them both winding up in more trouble.

Cage is his usual manic self, Dern simply sizzles, and the film is wonderfully Lynchian, though decidedly more mainstream that some of his other works. 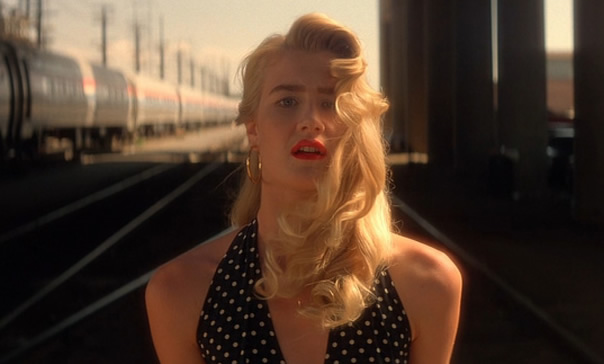 I can’t believe it had been more than a decade since I’d even seen this one, but happily settled in for it, and was surprised at how much I had forgotten, including the appearance of a number of Twin Peaks cast members which was being shot at the time.

There are odd little vignette stories interwoven through the main thread of the picture, the one standing out most of all is the very creepy tale involving Dell (Crispin Glover).

Cage belts out his own songs, as he serenades Lula twice through the course of the film, both times covering Elvis tunes.

The flashbacks through Lula’s life hint at some terrible occurrences, and the reveal that perhaps her mother is much more devious than initially thought, her hate for Sailor being only the latest incident that has come up, and puts her and Lula at odds.

I love how this one is put together, and in the long run, this may end up being one of my favourite Lynch films, everything in it just works, the odd little nods to Oz, Marietta as the Wicked Witch, Lula’s red shoes, a visit from the good witch (Sheryl Lee), and just the sense of style, sex appeal, and threat that seems to fill this film.

Everything about this one still works, even after 25 years!

And that brings us to the end of the recommendations for Easy Rider, I’m looking forward to seeing what comes up next! 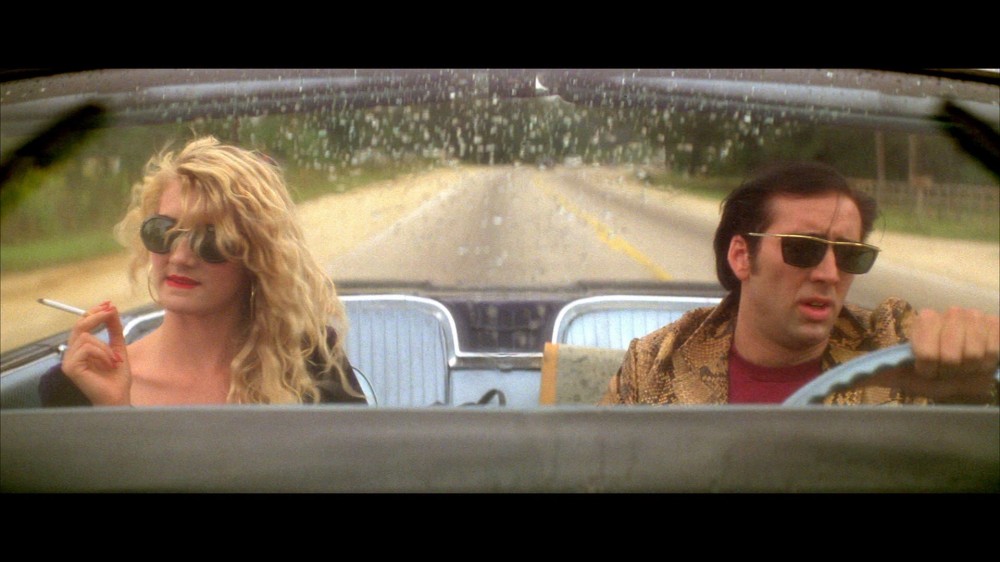