The final recommendation from the Great Movies – 100 Years of Film book for my screening of On The Waterfront is this immensely enjoyable tale.

Boyle’s kinetic, energetic film style is well-served in this film, that is a dramatic, heart-on-its-sleeve film that one 8 academy awards and that year’s ceremonies, including Best Picture, Best Director, Best Adapted Screenplay, Cinematography, Music, Song, Editing and Sound Mixing.

Jamal (Dev Patel) grew up in Mumbai, living in slums with his brother Salim (Madhur Mittal) and hung up on one woman, Latika (Freida Pinto). In an attempt to find her, he finds a way on to India’s version of Who Wants to be a Millionaire? hosted by Prem (Anil Kapoor), and when he gets every answer right, he is arrested between broadcasts for fraud.

While being interrogated, the story of Jamal’s life is revealed, and how each and every one of the answers to the questions he’s being asked came into his life.

Jamal, an eternal optimist, seems at odds with almost everything around him, the slums in which he grew up, the abuse he’s seen at the hands of thugs, criminals, even his own brother… none of that seems to stop him from his drive to be reunited with the one thing that he believes in… he is meant to be with Latika. 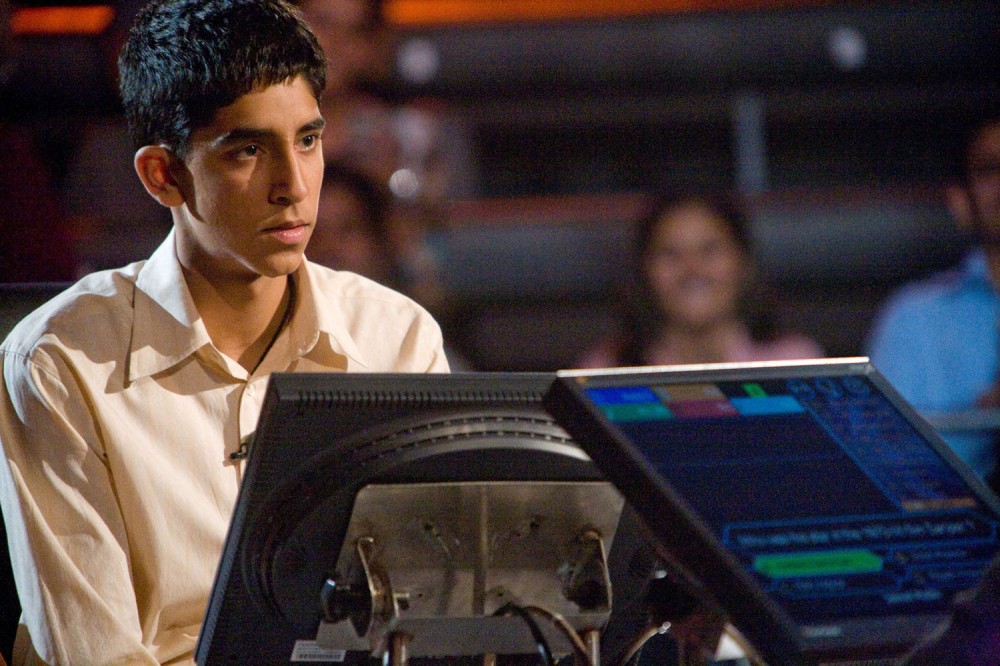 Beautifully shot, the film gives Western audiences a glimpse of a version of India that many may not have heard of, brutal slums, filled with violence, poverty and hunger, rampant with crime and corruption. This doesn’t stop young Jamal (Ayush Mahesh Khedekar and Tanay Chheda) from being excited about life and everything around him.

He and his brother make a life, of sorts for themselves, living on the fringes, making money in whatever way they can, which inevitably leads to more criminal outings, though Jamal is lucky enough to make an escape from them.

Through it all, his one desire to be reunited with Latika drives him and the story on.

Adapted by Simon Beaufoy from the novel Q&A by Vikas Swarup the film is completely engrossing, following its highly likable leads through their journey as we hope they’ll be united by film’s end, though, we also know that they will be. In this case though, knowing they’ll be reunited isn’t the key to the enjoyment, it’s the how, and it is simply marvelous.

I’d only seen this film once before, and found myself caught right up in it from the beginning. This is a film meant to be enjoyed with friends, shared with people you care about, and undeniably will feed the fire of the hopeless romantic and optimist inside you.

The music, the style, and feel of India are all wonderfully translated to the screen for this film, and like all good Bollywood films, ends with a fun musical number (though this time it’s during the credits and not actually part of the film).

A fun, smart, heart-breaking, heart-warming, film that elicits smiles and happy tears. What a great film.