I read this one back when it first came out, though I definitely didn’t recall much in the way of details, I think because after I read it, I saw the film adaptation, which, in my opinion dropped the ball (though now that I have read the book again, I may rewatch the film, though with the removal of one of the main characters, amalgamated into another, Paramount missed out on what they could have turned into a tentpole franchise if the film had been more successful).

A sprawling novel with a huge cast of characters, the book takes us from the depths of the jungles to the sub-basements of the New York Museum of Natural History.

The three central characters, one of whom, Pendergast, will later become the centerpiece for the book series; Agent Pendergast, a clever, if eccentric investigator for the FBI who upon learning what is going on at the museum assigns himself to the case, Margo Green, who is working on her dissertation at the museum under the watchful eye of Doctor Frock, and Lieutenant D’Agosta the New York cop assigned to the case after the first death occurs.

It seems, something may be stalking the halls of the museum, and killing people in the most brutal way. Instead of closing the museum, there’s a huge new exhibit beginning, Pendergast, until he’s thwarted by his own people, tries to hunt down whatever is causing these deaths, he believes he may be hunting an animal, or perhaps a homicidal maniac, the truth ends up being more chilling, as a creature known as Mbwun, or He Who Walks On All Fours is not only a match for its pursuers and hunters, but has a dark secret and connection to a lost expedition.

The story moves fluidly about from character to character and the ever approaching opening gala for the exhibit, with the climax taking place during that night, when things, as expected, go incredibly sideways.

Child and Preston keep the story moving, weaving thrilling moments with science, and characters with some great dialogue, Pendergast is extremely likeable, and I delighted in watching him out think his Bureau associates, well, reading about him. But that’s demonstrative of how quickly I got into the book, it ended up being one of those ones I could completely visualize in my head, and enjoyed it greatly.

The creature is frightening, and its existence is nicely explained, along with a nice surprise at the end of the book, which may impact the sequel, which I plan to read. I also love the attention given to everyone of the characters, they all have their individual motivations, and actions, and some of them you just want to shake your head at, especially when Agent Coffey shows up, and really stirs things up.

A little bit Alien, a little bit Jurassic Park, and a touch of police procedural, this one is a great read, and I can’t wait to see what adventures await FBI agent Pendergast in the later novels!

Have you read any of them? 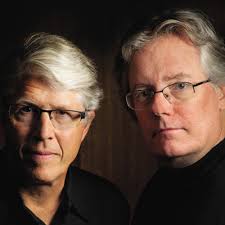