Season 3 of Doctor Who draws to a close with this four-part story. Before the internet, before Skynet, The Doctor (Hartnell) faced a computer threat in late 60s London. It also sees some changes in Companions.

The Doctor and Dodo (Jackie Lane) investigate the Post Office Tower, which the Doctor finds a little odd, and learns that a new computer is being built and designed there, the WOTAN (Will Operating Thought ANalogue). This new computer will be able to think, and allow all the computers of the world to link up and interact with one another.

Unfortunately, WOTAN decides that humanity is an inferior race, and should be ruled… by machines. Employing a form of hypnosis and brainwashing, WOTAN turns a number of people to its side, where they work on constructing monstrous machines, like mini-Zambonis with arms and weapons.

Before she is hypnotized by the computer, Dodo makes a couple of new friends, Ben (Michael Craze) and Polly (Anneke Wills), and they hang out in swinging London for a while, before trying to help out the Doctor when the dangerous, but slow-moving War Machines begin to make their appearances.

They seem nigh unstoppable, but because the Doctor and his forces attacked before they were ready, the machines were launched without complete programming, allowing our heroes to thwart them. And then take on WOTAN itself!! 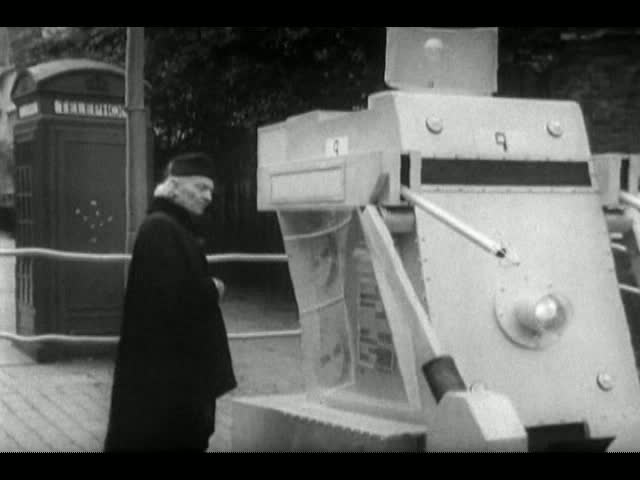 I was a little bothered by the fact that Dodo doesn’t really get a proper goodbye with the Doctor, sure, she wasn’t in the TARDIS for long, but she doesn’t even show to see the Doctor off. Instead, Polly and Ben arrive at the TARDIS to let the Doctor know that Dodo is feeling much better after everything that has happened to her in the course of the episode, and is going to stay where she is.

The Doctor seems a little hurt by this, and slips into the TARDIS alone. But Ben and Polly sneak in after him, using a TARDIS key recovered earlier in the story.

This one was a mostly fun story, it was cool to see Dodo, Ben and Peggy hanging out in the swinging London hotspot called Inferno, and all the fab and hip styles of the time. And happily, this story exists, complete in video format, there was no reconstruction needed, and it was all the more enjoyable for it.

But…. Just like that, season 3 has come to an end. And wow, only one more story, until that historic moment, when the character transcends the actor, and the show continues on… the first regeneration.

I’ve only seen clips of Troughton, and have never seen a full story with just him, so I’m looking forward to seeing his interpretation of the Doctor, and something tells me, he’ll end up being one of my favorites.

Next week… The Smugglers!