This was the beginning of the end for Jake (Stephen Collins) and company. After a month off, the series came back in March of 1983, in a new time slot, Friday night at 10, hardly beneficial to the show’s target audience. Despite being a critical success, and garnering a growing fan base, the show was simply becoming too expensive to produce on a weekly basis.

The first episode this week is Cooked Goose, it originally aired 4 March, 1983, and was written by Jay Huguely. Jake is heartbroken, when after helping an old friend Alan (James Hampton, you know, Michael J. Fox’s dad in Teen Wolf 🙂 ) have a romantic getaway with his new wife, Phyllis (Sondra Currie) on a deserted island, he returns to pick them only to find Phyllis has been kidnapped, and it looks like Princess Koji (Marta DuBois) may be responsible.

Before Jake can fly off to inquire, Corky (Jeff MacKay) falls asleep while working on the goose, but is framed to look like he passed out drunk, and the Goose is set afire. This adds some serious strain to Corky and Jake’s relationship, as they argue about his drinking, and Corky elects to leave the island once and for all.

Unfortunately, Jake can’t stay and persuade Corky to stay, he heads off to confront Princess Koji, though he ends up on the questioning end, naked, and threatened by piranhas, while Koji alternately menaces him, and tries to seduce him.

Jake is in for a big surprise before the episode’s end however, and is incredibly hurt to learn the truth about what has really been going on.

Louie (Roddy McDowall) is on trial for a murder Jake knows he didn’t commit, but the French man refuses to reveal the truth, and is prepared to go to the guillotine for the death of a traitor to France.

Caught in the midst of it all, is Genevieve (Faye Grant), the adopted daughter of the traitor, and she and Jake set off to prove Louie’s innocence by hunting down the records in Shanghai that will prove his innocence and that the murder victim was in fact the traitor that Louie believes he was.

This episode of Gold Monkey is of note, because Faye Grant and Stephen Collins married a couple of short years after that…

Sadly, this means that now, there is only one more installment of Tales of the Gold Monkey left to cover before I take on my next Bellisario series.

It’s kind of sad, because I really do enjoy this show and it is definitely high time this one gets revisited, and perhaps relaunched. 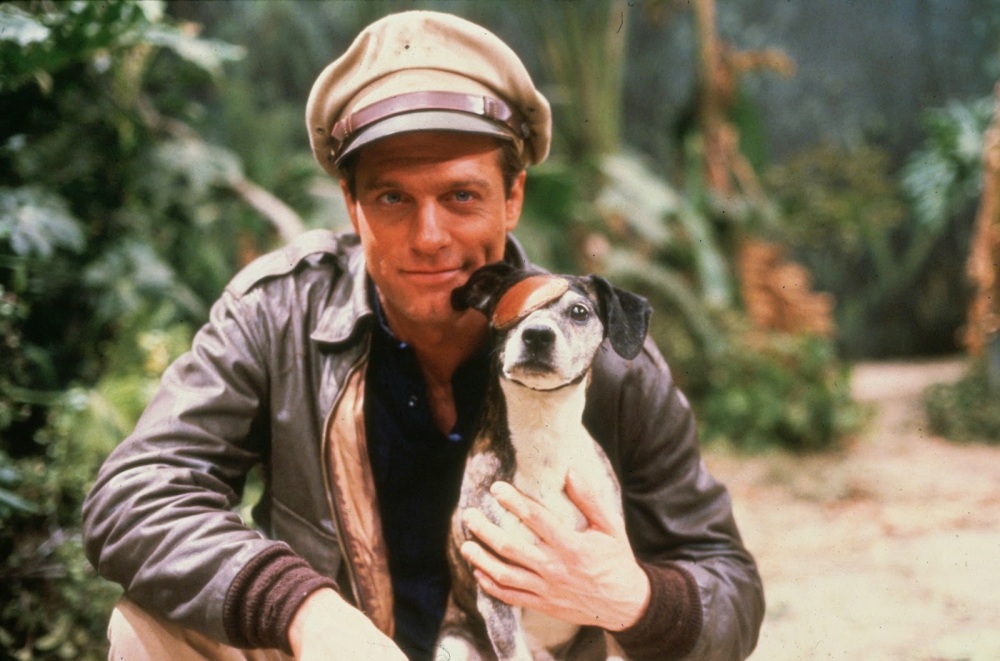