This entry on the 101 Action Movies list is based on the novel by John Godey and is hugely entertaining.

The way everyone talks to each other is just so ‘New York.’ There is that irreverent tone to their voices, even when dealing with the film’s baddies, that made me laugh, smile and enjoy the hell out of this one. 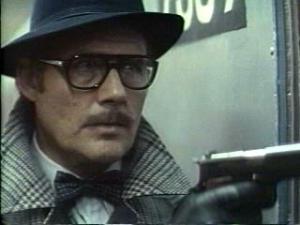 Walter Matthau is Zachary Garber. a lieutenant in the transit authority who gets caught up in a hostage situation when a group of four men, led by Robert Shaw, hijack one of New York’s subways. Aided by wildcard Hector Elizondo, using colors as names, and all dressed identically, Blue (Shaw) is cold and calculating having everything planned to the last step as the hold one car, and 17 people hostage for $1 million.

The film is whipsmart, moving along at a breakneck pace, as time runs out for Garber and his fellows including Jerry Stiller as Police Lieutenant Rico Patrone, and Tee Hee from Live and Let Die, Julius Harris.

All of this is done because a motorman played by Martin Balsam was fired for narcotics, he claims his innocence, and instead with Blue’s help is exacting his revenge.

I was totally taken in by how good this film was, to this point I had only seen Tony Scott’s remake which I thought was ok, but having seen this one now, the update is nowhere near as enthralling as the original.

It has a huge cast, from patrol men racing across town to get the money delivered in time, to a mayor who is booed as soon as he arrives on the scene. The multitude of characters adds a reality to the film, expanding the canvas to include more than just the dueling Garber and Blue. There is a SWAT team in the tunnels, a patrolman, various hierarchies of cops and city employees, and they all are working to meet Blue’s deadline of one hour, before he starts killing one hostage a minute, and he isn’t afraid to pull the trigger himself to show everyone he means business.

There is also a ton of humor in it, but none of it ever overdone, always coming along at just the right moment to ease the tension before turning it up again… Smart.

When we reach the final act, and things start to get resolved I was thinking perhaps Green (Balsam) was going to get away with it, until literally the final moment of the film, and I clapped, and exclaimed, brilliant.

Pelham is gritty, dirty and tense, and I love the look at how the subway would have been run in the 70s. Of course now, most of it is updated, and automated, as they did for the remake, but there’s something about this one that just draws you in.

Matthau is just an everyman in this, as he tries to puzzle out Shaw’s plan, and save lives, even when he comes up against fellow employees who maybe aren’t quite so willing to do the same.

It looks great, its tightly paced and edited and is a smart action film, relying on character and situation to tell the story instead of a flurry of explosions. This is one smart action film.

Did you see it? 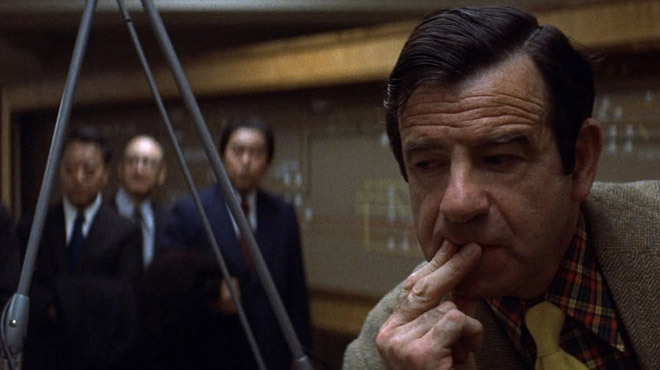