And just like that the first season of Orphan Black has come to a close, and 2 of the clones have made a deal with the devil, I mean Leekie (Matt Frewer).

There are hints about secrets and revelations aplenty in this episode, but only a couple are completely revealed by episode’s end, including the stunning message encoded in the clones’ DNA which will simply screw over Allison and Cosima (Tatiana Maslany) now that they have signed on with Leekie, and not even so much Leekie as the ProClone we’re introduced to this week… Rachel Duncan (told you this was going to be another role for Tatiana!). 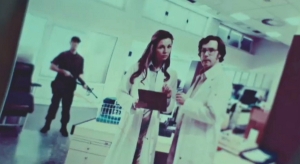 Helena posing as Sarah kills Amelia (Melanie Nicholls-King) just as she’s about to reveal something about Mrs. S (Maria Doyle Kennedy), but not before giving a picture to Sarah of two nameless scientists working in July of 1977.

Sarah is arrested by Art (Kevin Hanchard) and Angela (Inga Cadranel) but is sprung just as she seems to open up to Art.

Paul (Dylan Bruce) reveals the secret of what Leekie has on him.

Cosima is sick and coughing up blood, something she reveals to Delphine (Evelyne Brochu) who shows up in town and promises she’s on her side. 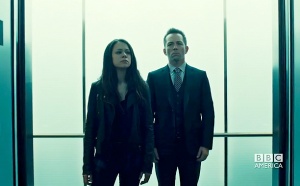 Donnie (Kristian Bruun) is revealed just when we were starting to trust him again.

Who did Rachel phone? Did she call Mrs. S and she’s who took Kira (Skyler Wexler)or is there someone else out there we haven’t met yet, who took them both?

Everything we’ve seen and learned this season came tumbling to these final moments, and, we’re now left with more questions than we had at the beginning of the series, and I personally think that’s awesome.

There is not a missed beat or moment in this episode, as Graeme Manson one of the series creators pens the episode that gets ready to throw us full throttle into season 2, opening up the whole can of worms of who can we trust all over again. 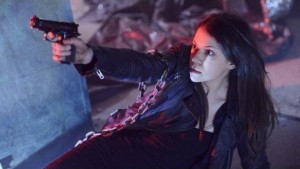 Not to mention the ethical questions that are being raised again. the morality of creating human clones is one thing, now claiming they’re patents and property is a whole ‘nother ball of wax, it goes to the very heart of how we define ourselves as human. I hope the show continues to tackle these concepts and invite the audience to come to their own conclusions while still providing us with top-notch entertainment.

Tatiana Maslany has proven herself to be a fantastic actor by anyone’s definition of the word, she has been amazing this season, and the work of those surrounding her have contributed to the quality of the show, Jordan, Inga, Maria, Kevin, Skyler, Michael Mando, Daniel Kash… All of them have turned in great performances, and I cannot wait to see what amazing things we’ll learn and experience next season!

Orphan Black has proven that it is one of the smartest, darkest, and most enjoyable shows on television, I am hoping for a long, healthy run for the series!

What was your favorite moment of Season 1 and what would you like to see in Season 2? 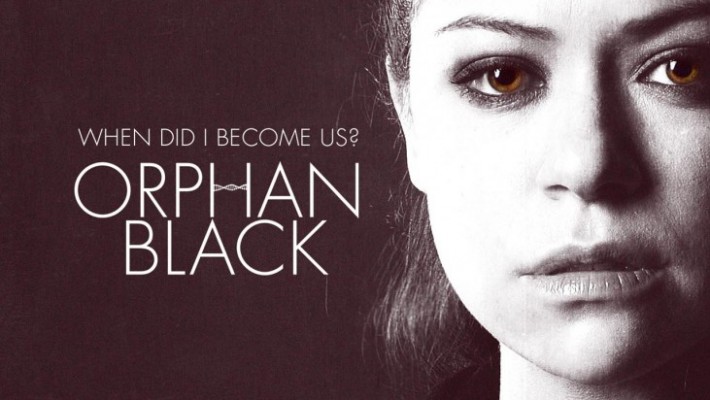