People are lazy, apathetic, and believe the Lie. I could be talking about today, or the future envisioned in Soylent Green…

The 101 Sci-Fi Movie list continues to boot along, and I’ve finally had a look at this classic. I have to say already knowing the reveal, I still liked this film a lot.

As previously mentioned I’m not a Heston fan, he just seems a little too wooden in his roles, and consequently I have a hard time relating to his characters. This time out was no different, but I found the world put there on the screen was really engaging.

Director Richard Fleischer, previously on the list for Fantastic Voyage, and 20,000 Leagues works from a novel by Harry Harrison and a script by Stanley Greenberg, and welcomes us to the world 2022.

The world continued its mad rush towards overpopulation and the depletion of our resources, the cities are overcrowded with curfews enforced nightly, with the 1% continuing to live off the populace, quite happy in their spacious apartments, while others have to share hovels, or even sleep in stairwells.

Heston plays Detective Thorn, a cop called in to investigate an assassination. As he investigates the murder, he ends up digging deeper and deeper into the world that he lives in, learning a shocking and terrifying truth, that even when you know what it is, is still kind of stunning when the reveal occurs on-screen. 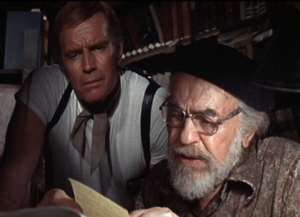 He is aided by Edward G. Robinson (in his last film role) who plays Sol, a book, someone who is capable of both reading and writing, apparently these are few and far between.

Through the course of the investigation, Thorn becomes involved with the dead man’s furniture, a woman named Shirl (Leigh Taylor-Young), it seems she comes with the apartment if the tenant likes her – she gets free room and board, and she’s his servant – in every way possible.

When he plunders the apartment, part of the bonus of being a cop I guess, he leaves with booze, real food (instead of the soylent wafers) and two giant volumes of a study that he passes on to Sol. When Sol learns the truth, he arranges for his own death, passing on the reveal just as he dies. 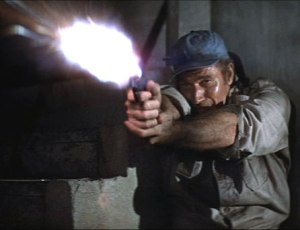 I also love the ambiguous ending, yes, Thorn shouts when he learns, but it’s in a church, with police on site, and you’re not quite sure, if Thorn’s boss, Chief Hatcher (Brock Peters – Star Trek) is going to out the information or tow the company line.

I think the film could have been made a little grittier, it’s hard to believe that Heston has washed up like he does in the dead man’s apartment, considering how clean he looks through the course of the film. Everything could have been much dirtier and broken down, except for the rich folk.

It’s a smart little film and it’s played completely straight, and honestly, there’s part of me that could see something like this actually happening. I can imagine corporations seizing the very last of the resources, including food, stockpiling it for themselves, and when the tech could make it happen, and they could fool the public, create something akin to soylent green.

What did you think of this classic? 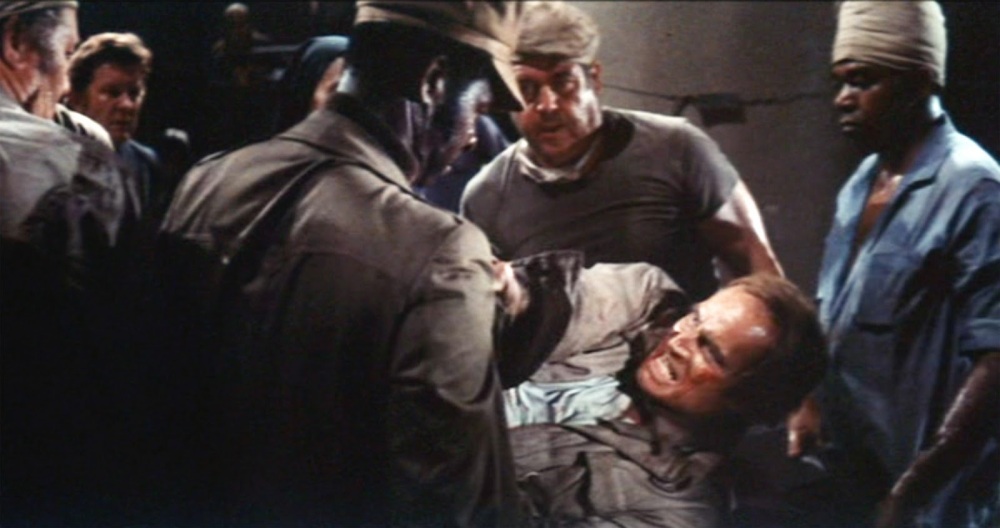