Somehow, Day 4 of Fan Expo has come and gone – and it’s all over for another year.

It’s been an amazing weekend, and each day just seemed to hold the bar or raise it in terms of awesomeness.

This morning should have been a sign! Sue and I checked in at the Media Desk and finally got to meet someone I’ve tweeted and emailed to on a regular basis, Adrienne Kakoullis, from Holmes Creative Communication. She was so excited to see Sue and I that it completely blew us away, and built up our enthusiasm for the day.

We slipped downstairs and staked out a spot in the quickly forming line for the Gillian Anderson Q&A for 1:30, yes it was barely 10, but we knew the line would form quick.

Sue and I would rotate out, and I ran down to pick up our photo-ops. It was there that I got to speak with Steven Hodges and ‘Emily Expo’ who run the Calgary Expo, and oversaw, what, for Sue and I were incredibly smooth and quick-moving lines, and a fantastic turnaround on photo pick-ups. I also learned why some of the lines were held-up at various times, and I won’t get into the details, but I will tell you, it was not the fault of the organizers, fans or the guests. 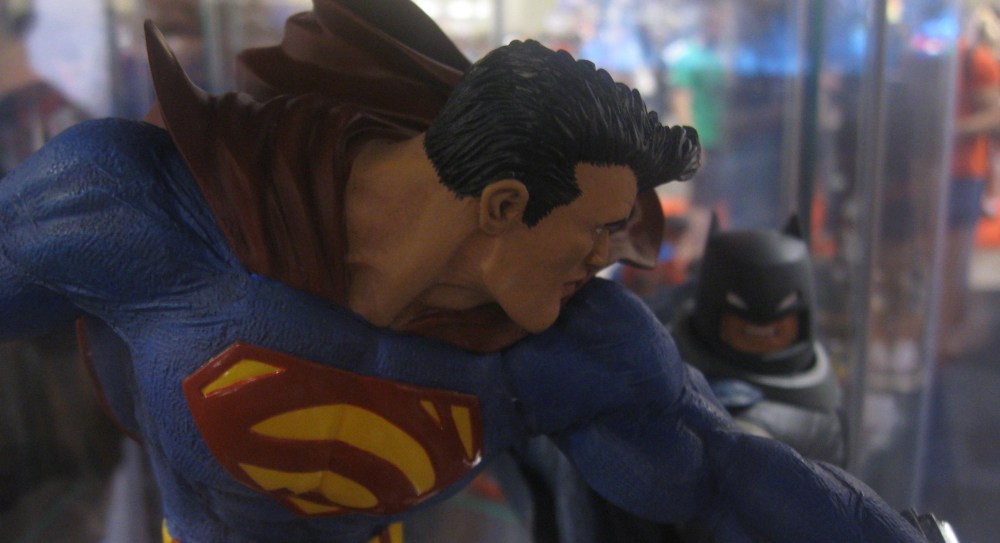 While Sue waited in the queue, I raced up to the Showcase booth with Faenonymous, and was lucky enough to have a moment to chat with the series creator of Continuum, Simon Barry. So watch for that in our Fan Expo compilation podcast.

I spell Sue from her wait in line, and she goes off to cover the Dead Before Dawn 3D panel – featuring Tim Doiron, April Mullen, Devon Bostick, Christopher Lloyd, and then to Sue’s delight – Max Topplin who was also in an episode of the why-aren’t-you-watching-it-it’s-so-good show Haven!

Who when we chatted to him later at the Dead Before Dawn 3D booth he was simply delighted to learn that we watched and knew him from Haven. So delighted in fact that he had to pull Sue into a big hug.

Sue was enraptured with Gillan’s talk, and said that it was everything she wanted it to be, she was funny, charming and told great stories, which caused Sue to spend lots of time with tears of laughter streaming from her face.

While Sue was otherwise engaged, I prowled the floor and had an awesome chat with the cast and crew of Little Bit Zombie including Kristopher Turner (currently appearing on Saving Hope – we’ll see if we can’t get him back for a longer chat), Crystal Lowe, Shawn Roberts, and the film’s director, who fellow blogger Kirk Haviland, and I chatted to together.

It sounds like a fun little movie, which I missed in its theatrical run, but do plan to track down a copy in the near future.

I also swung by Baby’s First Boo, and chatted with Jackie, listen for her on the Expo podcast, and check out her store on Etsy and eBay, there are so many geeky things there!

Then to top it off, thanks to Erin Gray, I got to have a quick chat with the incredibly fun and charming Jamie Bamber from Battlestar Galactica and Band of Brothers! We’ve also learned that his sister is in town shooting on the new Showcase series Copper, which premiered this weekend. 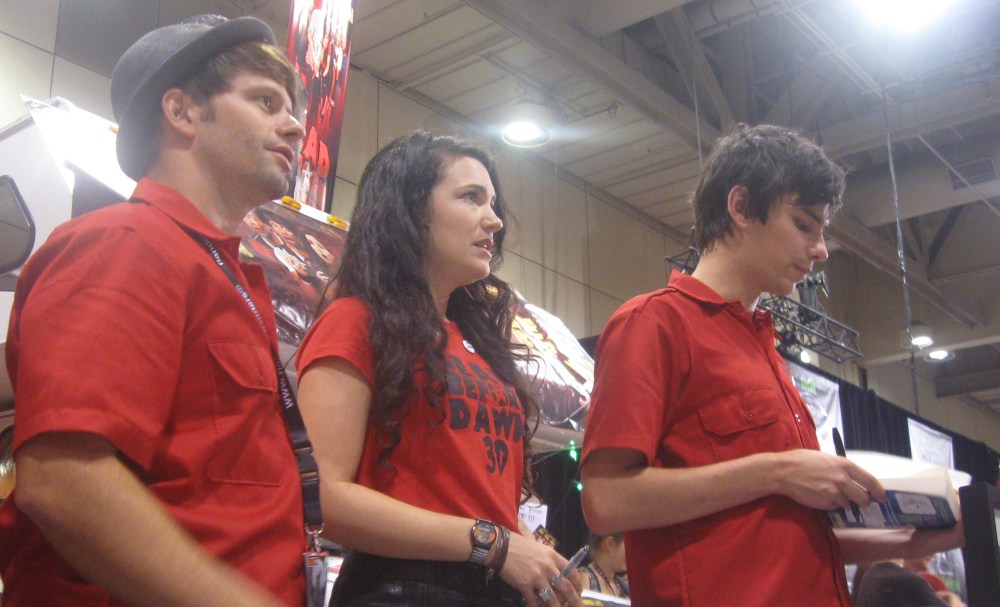 We swung by the Dead Before Dawn 3D booth to say hello to Devon Bostick and our friends, before we prowled the floor and touched base with some other folks, that we hope to bring to you via podcast in the near future including the director of The Last Will & Testament of Rosalind Leigh. We first saw the poster art for it on Thursday, and THAT is what sold me on hanging around to watch the trailer play on their display. This movie looks incredibly creepy, and I’m really looking forward to it!

And to finish the day, we joined our last photo-op line, and got to pose with Christopher Lloyd and the Back To The Future DeLorean! Sue asked him if he could glare at the camera, which he and Sue did, while I crack a big goofy grin – leaving us all to wonder, how I’d changed the timeline and why was it so shocking?!

I’ve seen on the Fan Expo event page on Facebook that already people have found things to complain about. That’s too bad, cause Sue and I had a great time, and while there may have been a few minor issues, this for us, was the smoothest running con yet. They got more things right than they did wrong, but as we’ve seen in the world of fandom, some people aren’t happy unless they have something to complain about and aren’t constantly getting their way.

Sue and I met some amazing people this year, caught up with some old friends, made some brilliant new ones.

Thank you Fan Expo, it was a great weekend.

We’ll see you next year!