Jesse gets himself into a mess, and this time out, the third film, it follows more of a mystery set-up, letting us puzzle over clues and motives to find out who committed the murder.

The always likeable Tom Selleck returns as Police Chief Jesse Stone in Robert B. Parker’s Death In Paradise. Stone is a cop who’s still battling his alcoholism, though this time out, he finally goes to a therapist (William Devane)to start getting help.

The film opens with Stone arriving on a crime scene, Suit (Kohl Sudduth) has found a body in the water, and he chats and coaches both Suit and the local doctor on what to look for and how to maintain the integrity of the crime scene.

I like those moments, as he could come across as a real ass, but no, he coaches them, points out how they did something wrong, tells them how to fix or improve it for next time, and then gives them some positive encouragement to bring them back into focus to the task at hand. 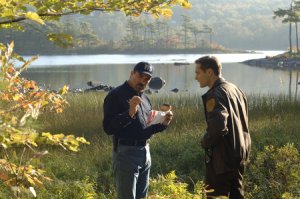 It seems the body they have found has been in the lake for three weeks, and that is making identification tough, even with the help of State Trooper, Captain Healy (Stephen McHattie).

Piecing the clues together, the case leads to a family with a domineering father, an author, and a mobster. There are hints of molestation, incest, and an unborn child.

While Stone puzzles over these problems, he’s also confronted with a domestic dispute issue, that has some horrible repercussions for the small township of Paradise, Massachusetts.

This film, sees Stone taking responsibility for issues in this film, as well as other ones, including the guilt he carries over Abby’s murder.

There are light moments (the bit with the dog without tags near the films open is great), and some stunning ones (the supermarket showdown) and while all of the films so far can be watched as stand alones, it’s fun, knowing the history of the characters, to see familiar faces around town. I think Molly (Viola Davis) is just getting better and better each and every time.

And though I know I’ve already seen the films, I am getting very excited to take a look at the books (they’re waiting on my Kindle even now).

Still, it’s going to be hard not imagining Selleck in the role in my head while reading the books. Making the character 20 odd years older, I feel adds a great deal more to his character, he’s been around the block, he’s seen the damage alcoholism can do, he sees it again in this installment, and yet he still has problems and his demons. Not to mention the fact that he still keeps talking with his ex-wife (never seen on screen but apparently voiced by Gillian Anderson).

The balance between the A and B stories in this film is almost pitch perfect, with the murder case causing discomfort as you start to see the suspects coming to light, and the B story has John Diehl as an alcoholic, abusive husband, who not only has an impact on his family, but in the end on Stone’s life as well.

It’s one more scare of responsibility that he’s going to carry within himself.

And that is one more thing I like him, Stone is a deeply, deeply flawed character, and yet, he’s a good person.

I also like the fact that it’s Tom Selleck in the role, and that he always used to refer to Hawaii as paradise in Magnum, and now lives in a place called Paradise. You could see that while Stone and Magnum may not be the same person, you can tell they’re related, and it’s not quite impossible to see Jesse as an extension of Thomas.

What Jesse Stone mystery is your favorite? 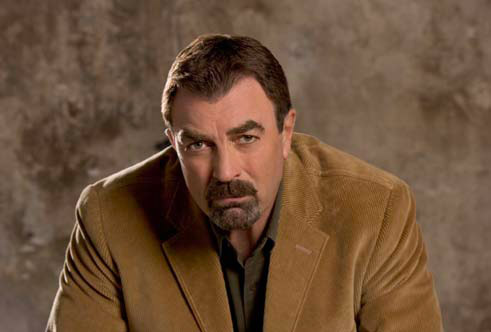