I wanted to see this movie since I first heard about it but misses the chance when it premiered last August at the Toronto International Film Festival. A lot of people I know saw it and liked it, and I love a good con, so would it live up to the hype?

I like Morgan Spurlock, director of Super Size Me, Where In The World Is Osama Bin Laden, and The Greatest Movie Ever Sold,

So as I sat in a near empty theater (I am the one and only as Chesney Hawkes would say), which is probably more a reflection of the fact that it’s mid-week and The Avengers is kicking ass and taking names at the box-office than a comment on the film, I wondered if my appreciation for Spurlock’s work would continue. His films are always entertaining but are always out to make a point.

How would fandom look through his skewering lens? Would I still be laughing and a fan of his work at the end of the film?

I quite enjoyed it in all honesty, though it doesn’t really take shots at any of my fandoms. It follows a couple of aspiring artists who want to illustrate comics, one of the lone surviving retailers of comics at a COMIC convention (that started in 1970 as just that, not the pop culture Mecca it is today), a costume designer and their appearance at the annual masquerade and finally a geek couple who met at the previous year’s con and the young fella proposes during Kevin Smith’s Q&A. 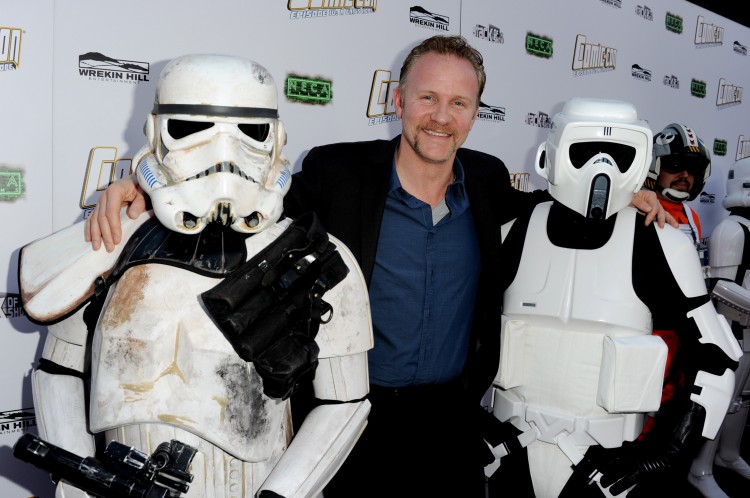 I won’t lie, I very much want to see Comic Con, and probably more than once. For now, I’m happy to embrace the cons that happen here in Toronto – they were my first real conventions, and I treasure so many of the memories I have of them.

I did like that Spurlock didn’t go into this film wanting to show anything more than the Con, the people it draws, and the sharing of geekery. He made a fun film, that follows some of the dreams of a few of the 100,000+ people who make the jaunt to Comic Con each year. There were laughs, head-shaking, and smiles as I watched people who resemble so many of the people I know, follow their dreams of what they want Comic Con to be.

Coming, for me, in the midst of con season – we’re covering the Niagara Falls Comic Con in a few weeks (watch for us!!) and of course the towering 4 day Fan Expo in August, this film simply made me revel in my geekdom, and I’m happy to see that Spurlock treated it with the respect it truly deserves.

And now… I can’t wait to find those back issue comics I need, and those photo-ops I want.

Will we see you there?