I slipped into another Alfred Hitchcock film I hadn’t seen today. Frenzy, from 1972. I knew next to nothing about it but was delighted to see both Jean Marsh and Bernard Cribbins in supporting roles.

Set in England, this is a bit of a thriller with some dark humour thrown in for good measure. Based on the novel by Arthur La Bern, the story follows the traditional Hitchcock plot, an innocent man, believed guilty is on the run and must prove his innocence.

This time around, said innocent man is Richard Blaney (Jon Finch), former squadron leader, now an unemployed barman, who is believed to be the notorious sex killer, the necktie strangler. An impossibility Blaney would point out as he only owns two.

But it seems the killer is getting closer to Blaney, and evidence suggests its him, especially when ladies of his acquaintance keep turning up dead. We know who the villain is right from the off, and if there’s any doubt in the opening minutes of the film, it’s confirmed when we see Blaney’s old war buddy, Robert Rusk (Barry Foster) killing Blaney’s ex-wife. 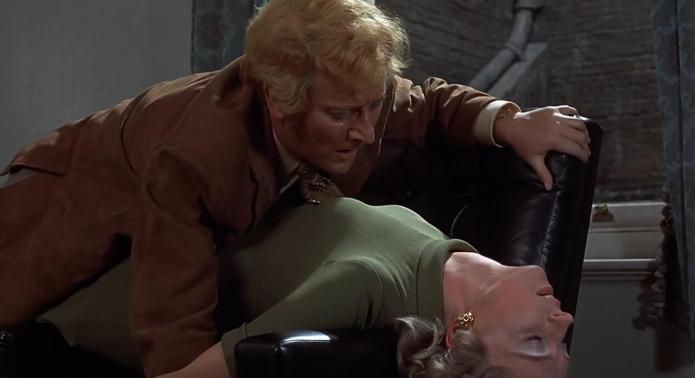 The cops and the newspapers are on his trail, he can’t trust his friends, and he has to find the real killer. Blaney has a full day ahead.  And Hitchcock delivers a brisk little thriller that definitely ventures into R-rated territory in terms of nudity.  It feels like a smaller film, but that may just be my own perception of it, as Hitch pulls out all the stops to keep the story moving, and the audience on the edge of their seat as they wonder how Blaney will catch Rusk out.

The humour at work  is very British, and occasionally out of place, but for the most part works wonderfully. Finch neither feels, nor looks like Hitchcock’s usual hero, this guy is more than out and down on his luck, he’s having a really tough time, and while most of Hitch’s heroes are fairly smart and comfortable, this guy is one meal away from living on the edge. But that won’t affect his stiff upper British lip. And, quite honestly, I didn’t really care for the actor or his performance, there was just something about him that got under my skin.

Frenzy is an engaging tale, that ventures into some dark material, but under Hitchcock’s hand proves enjoyable, and creates some great moments, my favourite being the potato truck sequence. And while the film doesn’t have the same impact as some of earlier features, Frenzy is a solid entry into Hitchcock’s work, and is probably overlooked more often than it should be.

Let’s see what else the Master of Suspense has for me.