After Splinter of the Mind’s Eye, we were treated to two more novels, Han Solo at Star’s End, and Han Solo’s Revenge both written by Brian Daley. Both novels debuted in 1979, and I read them last year on vacation. And my sister I both owned one, I had Star’s End, she had Revenge.

But that was in about 1984, just before we moved house and countries.

Back in 1980, I didn’t have anything but some of the action figures. Not even any of the Marvel comics, though I remember reading some on Cub Scout summer camps, as they made their way around.

On a camping trip with my family, probably on our way back from a trip down east to visit family, we were at a KOA and I convinced one of my parents to buy me a copy of Star Wars: The Empire Strikes Back, the novelization of the film, my first Star Wars book, excluding the Scholastic storybooks. For some reason, my mom read a bit of it first, perhaps making sure I would be able to get through it, I wasn’t quite nine at the time.

I remember digging into it, and being delighted when I came to the first appearance of Han Solo, delighting in things I remembered from the movie. It was like playing the movie out in my head all over again, whenever I liked. We didn’t have video tapes, and I couldn’t spend countless hours in a theatre watching it over and over again. 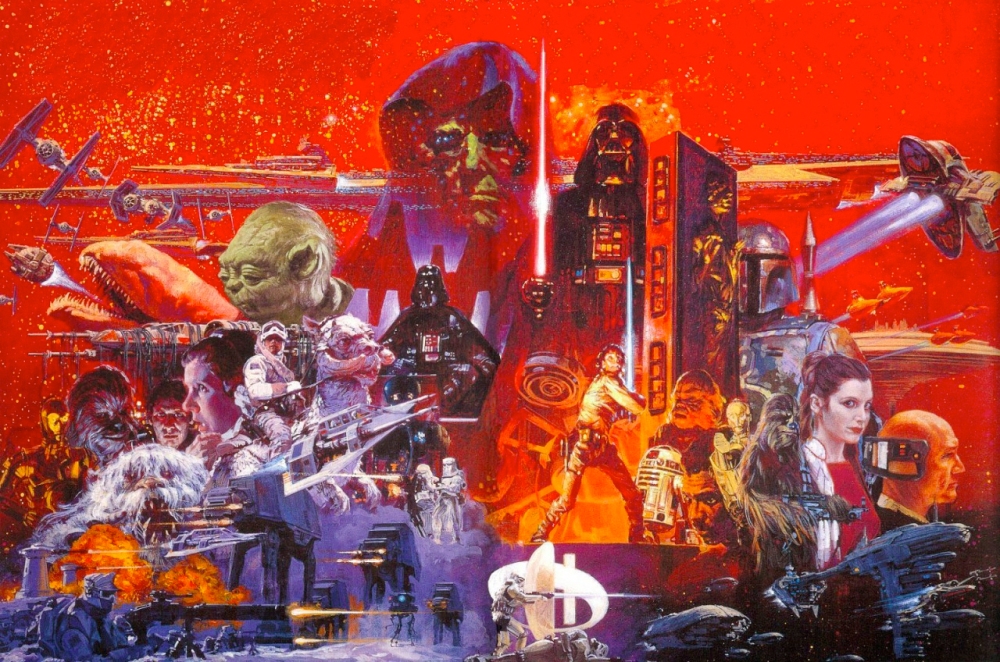 It was through this story, as well as the Topps collector cards that I learned the names and details of a number of things that populated the universe that I loved so much.

I hadn’t read this book since 1980, and I was delighted to revisit it. There are subtle differences in dialogue, Jabba is still referred to as a Hut, with one t, and that all important kiss in the Millennium Falcon is actually uninterrupted by an intrusive protocol droid, and it’s easy to see the romance bloom a little more fully in the novel.

The changes in dialogue are interesting, and it’s also interesting to read some of the descriptions for characters, and ships. Yoda changes the most, described as a blue-skinned, white-haired elfin creature with a tendency to chew on sticks, a description that made it into the Marvel comics adaptation of the film as well. The second Star Wars book I ever got.

As Vader hunts down Luke Skywalker, the young would-be Jedi begins his training with Yoda, while Han Solo, Princess Leia, Chewbacca and Threepio elude the Empire before they are betrayed by an old friend of Solo’s, Lando Calrissian at Cloud City.

Everything culminates at Bespin, with a confrontation between Luke and Vader, and a captured, frozen in carbonite Solo handed over to the nefarious bounty hunter, Boba Fett!

I remember being wowed by this film in the theatres, and the book is like revisiting an old friend, in a different format. And is still so much fun, seeing how the universe changed and evolved over the years.